BACK TO ALL NEWS
Currently reading: Bentley Bentayga plug-in hybrid due in 2018 with 3.0-litre petrol V6
UP NEXT
First drive: 2021 Porsche Macan GTS prototype review

Bentley Bentayga plug-in hybrid due in 2018 with 3.0-litre petrol V6

Electrified version of luxury SUV will introduce third powertrain to the range, offering a full EV mode. It's been testing at the Nürburgring
Share
Open gallery
Close
Share story

Bentley will launch a plug-in hybrid version of its Bentayga next year, using a supercharged 3.0-litre petrol V6 mated to an electric motor.

The system, related to the one used in the Porsche Cayenne S E-Hybrid, is predicted to have a total output of more than 410bhp and feature a full-electric mode for zero-emission running. A latest spy video confirms this, with an EV Mode button placed underneath the main engine start/stop button.

Spotted testing on the continent, the plug-in Bentagya will feature no aesthetic changes to its pure-combustion-engined siblings, the twin-turbo V8 diesel and W12 petrol models, barring the addition of a plug port to charge its lithium-ion battery. This charging port for the car is identically placed on the opposite side to the petrol filler cap.

It’s due to make production next year, after the launch of the upcoming second-generation Continental GT. The plug-in drivetrain will broaden the appeal of the Bentayga - which has already enjoyed strong sales success with orders reaching their annual limit in the first year of production – particularly in markets where strict emissions limits are enforced. 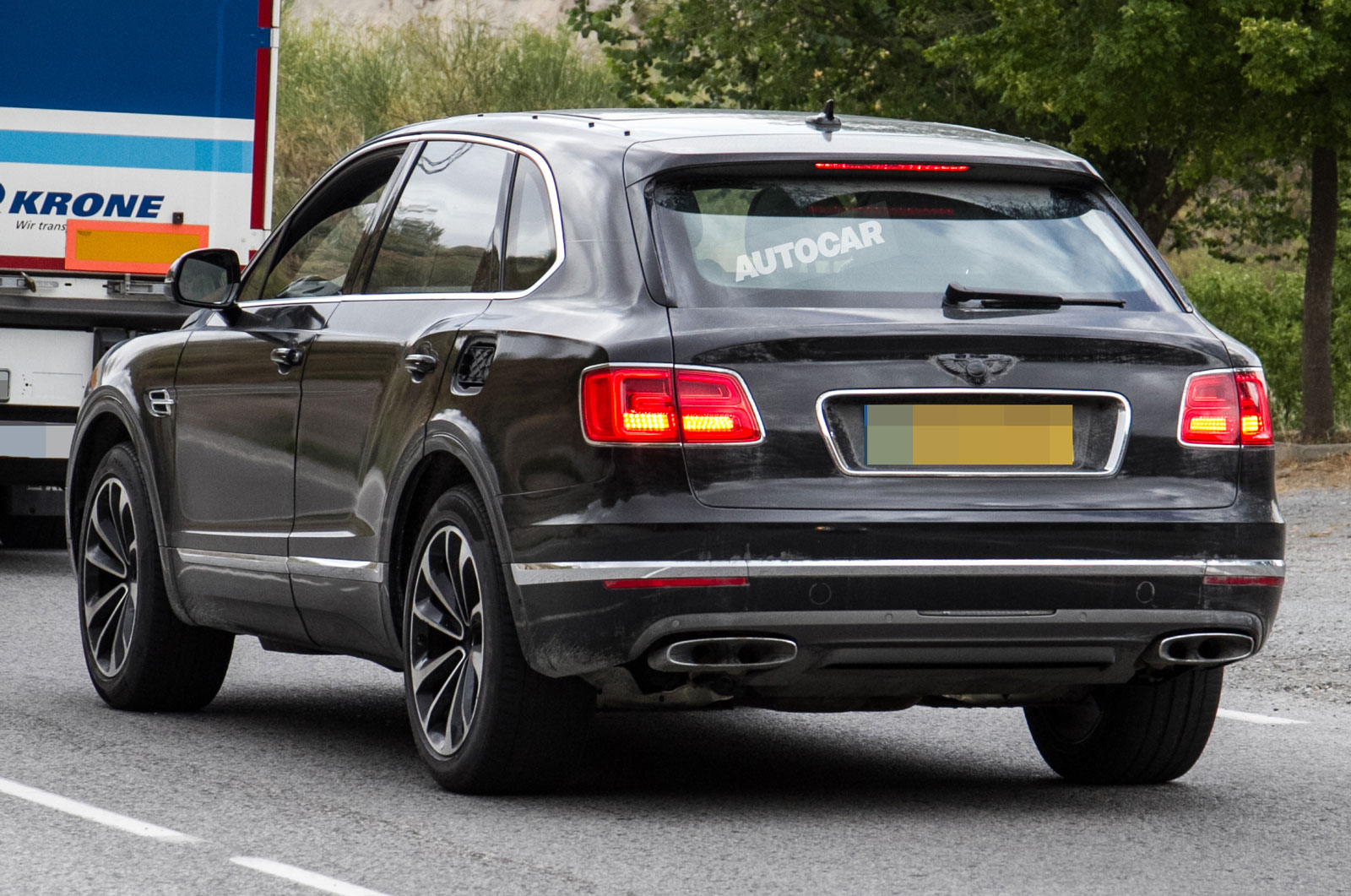 Bentley CEO Wolfgang Dürheimer confirmed to Autocar earlier this year that all of the brand’s models would gain PHEV variants to address these scenarios. The company has also expressed interest in producing a fully-electric model; the first all-electric Bentley, which could go into production in two years, will be a medium-sized sports car. It wil be the fifth model in the brand's line-up.

Why the Bentley Bentayga needs more variants, according to boss Durheimer

I get the electric idea, but the hybrid and electric caers wigh about 500 kg more which will mess up with efficiency ,tyre wear and more importantly driving pleaseure ,unless you like driving a milk float.

Also,it is never mentiopned taxation loss to  all treasuries throughout Europe.is it 15billion or 30 billion duty on fuel and vat .

this hybrid thing is just a gimmick

just an excuse to show a lower emission figure that will not be achieved ,we all know they will use fuel most of the time with the odd local trip under say 50mph to a supermarket ,they will use more fuel and creat more co2 etc than a diesel.