BACK TO ALL NEWS
Currently reading: Back to the past: London to Brighton veteran car run preview
UP NEXT
MST Mk1: Is this the ultimate rally recreation?

Back to the past: London to Brighton veteran car run preview

Ahead of this Sunday’s event, we take a look at the history of the Emancipation Run
Open gallery
Close

Every year, hundreds of pre-1904 vintage cars line up in Hyde Park at 7am to take on the 54-mile trek to Madeira Drive in Brighton. We've even done it ourselves. But how did the tale of the London to Brighton Veteran Car Run all begin?

The answer to that can be traced back to the very early days of the car. In 1865, two decades before the launch of the Benz Patent-Motorwagen (widely regarded as the first production car), British parliament implemented the Red Flag Act.

This series of laws imposed a blanket speed limit of 4mph for all motor vehicles, with the limit lowered to 2mph in towns. Famously, it also required a man with a red flag to walk ahead of the vehicle.

Although this law was removed in 1878, the rest of the rules were preventing the British motoring industry from expanding, with its French and American rivals pulling ahead in automotive development. 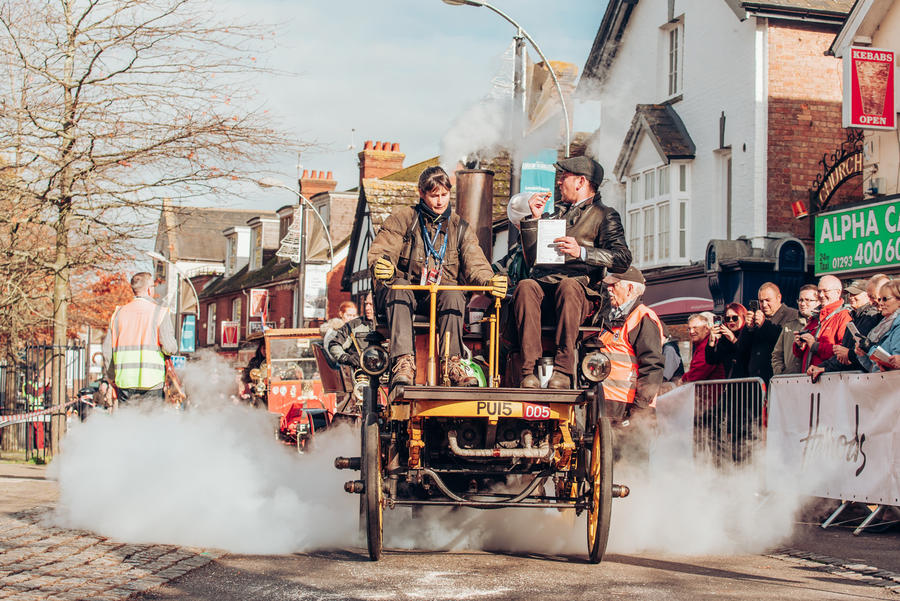 Automotive pioneer Henry Lawson wanted to change this. A businessman who had previously been known for patenting the chain-driven 'bicyclette' (one of the first modern bicycles), he set up the Motor Car Club in 1895 and began to campaign for the relaxation of these laws.

Parliament eventually caved in, passing the Locomotives on Highways Act in November 1896. This act raised the speed limit to 20mph, although many Local Government Boards reduced it to 12mph in their jurisdictions.

“It was a seminal moment in time,” explains Ben Cussons, the chairman of the Royal Automobile Club, the organisation that has curated what is now the world’s longest-running motoring event since 1930. “The new law was a life-changer in so many ways: it totally transformed the perspectives of social mobility and personal freedoms and, of course, spawned exciting new industries.

“It’s this key turning point in our history which was originally hailed by those visionary trailblazers on the very first Emancipation Run and which we continue to celebrate today. Never more so than in special anniversary years such as this.”

Lawson and his Motor Car Club thought this was worth celebrating, so they organised a drive from the Metropole Hotel in Whitehall to the seaside resort of Brighton. Known as the Emancipation Run, 33 cars started in London, with a Dureya Motor Wagon being the first of 18 finishers. 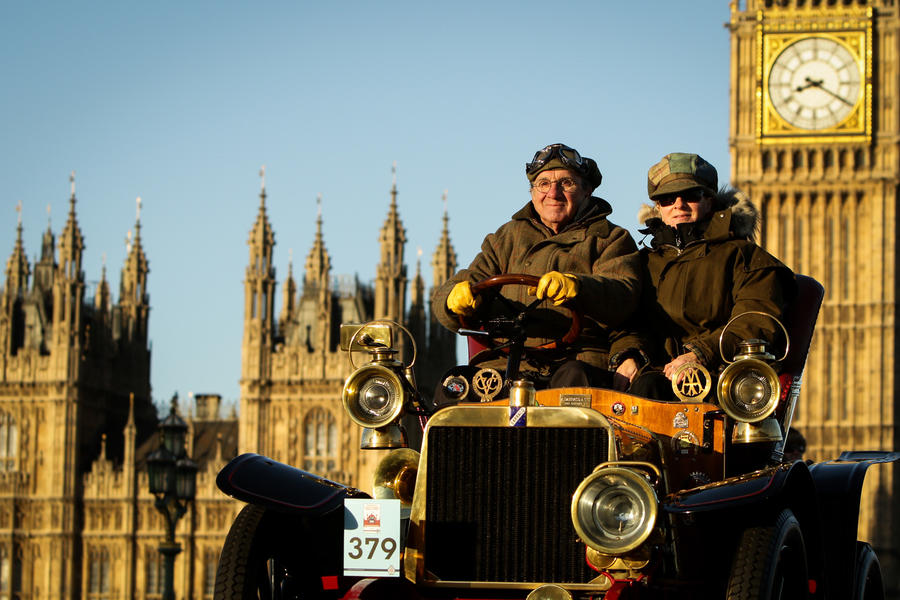 A series of shorter runs were organised over the next few years, before the speed limit was raised to 20mph in 1903. The club felt that there was no longer any need to celebrate the 14mph speed limit and stopped doing the runs.

This gap lasted until 1927, when two newspapers - the Daily Sketch and the Sunday Graphic - restarted the run, only allowing cars built before 1904 to take part. Since then, the run has taken place every year (with the exception of the war years and the petrol rationing period afterwards), with the Royal Automobile Club moving the start line to Hyde Park in 1936.

The run has changed slightly over years - for example, an official coffee stop was added at the George Hotel in Crawley in 1994 and vintage motorcycles were invited to participate in 2018 - but the general atmosphere has remained unchanged. 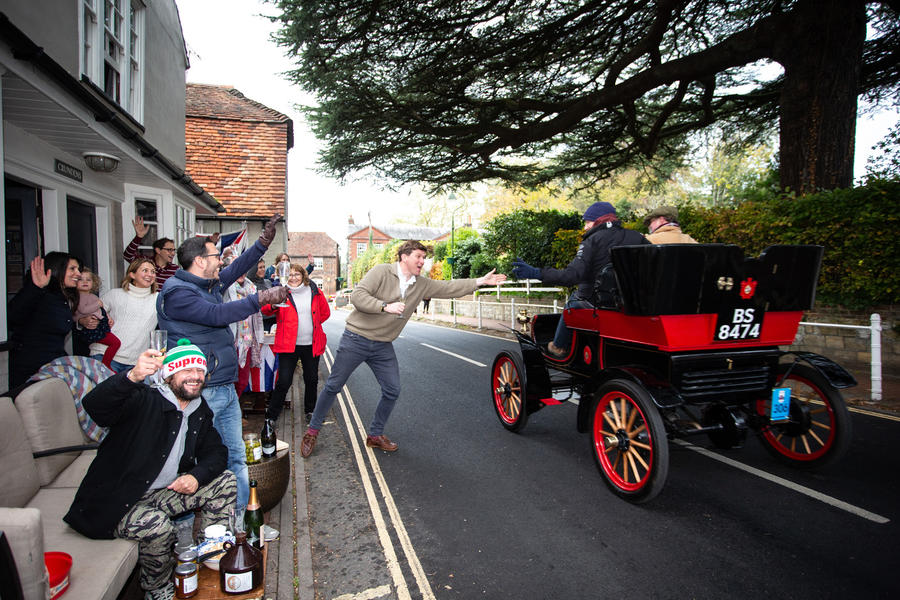 This year, the run will celebrate its 125th anniversary. Hundreds of vintage cars will line up in Hyde Park this Saturday morning, departing at 7:06am for the coast. The route will take them Admiralty Arch, down Constitution Hill, past Buckingham Palace and onto the Mall, before heading down Whitehall to Parliament Square.

The route will then split, with half of the cars crossing Westminster Bridge and taking the traditional route down the A23 and the rest crossing Lambeth Bridge to follow the A3, A24, A217 and A236. The routes will rejoin on the A236 just north of Croydon.

The A. Lange & Söhne Regularity Time Trial, the only competitive part of the run, will have the participants attempt to get as close as possible to an average speed between Croydon and Redhill. 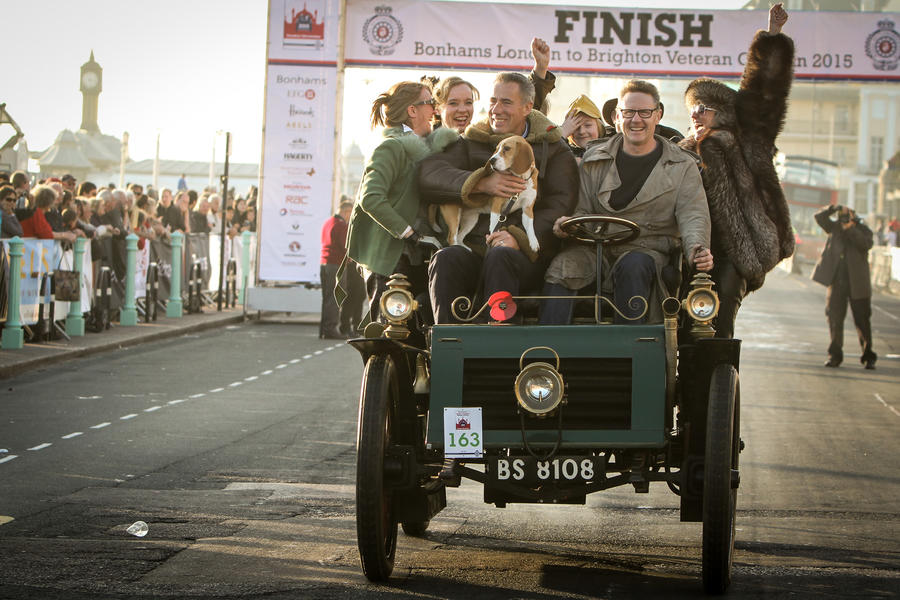 The first cars are expected to reach Maderia Drive in Brighton shortly after 10am, with the rest arriving steadily until 4.30pm.

“Seeing all these lovingly maintained cars is more than a spectacle,” said Cussons. “it’s a piece of living history; a reminder of the fearless motoring pioneers who literally paved the way for all of us.”

The run has got to be one of the most picturesque events in Europe, hence why renonwed automotive artist Tim Layzell was commissioned to create a special painting of the event; 125 prints will be available to purchase through the Royal Automobile Club website here.