BACK TO ALL NEWS
Currently reading: Audi takes A4 Allroad and A6 Allroad off sale in UK
UP NEXT
Lotus Emira vs Porsche 718 Cayman

Audi takes A4 Allroad and A6 Allroad off sale in UK

UK sales of the rugged Audi A4 Allroad and Audi A6 Allroad estates have been ended, with Audi declaring no intention of importing any future generations.

The decision was taken due to the variants accounting for only a small proportion of sales for their respective model lines.

Audi sold 292 examples of the A4 Allroad in 2021, for example, compared with 446 of the significantly more potent and expensive Audi RS4 Avant, accounting for just over a thirtieth of total Audi A4 sales.

The larger A6 Allroad was an even slower seller, shifting just 256 units in the UK last year, less than half the number of Audi RS6 Avants sold in the same period and just 4.4% of Audi A6 sales.

Neither variant is now available to configure on Audi UK's website, and a spokesman confirmed to Autocar that the German brand has no plans to bring any future Allroad models here. 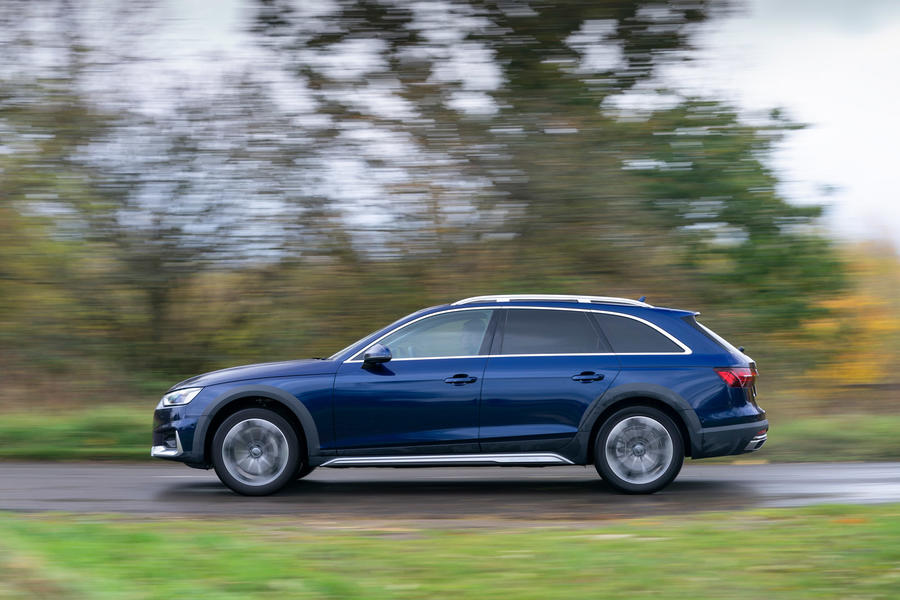 The A6 Allroad is expected to be updated in line with a mid-life refresh for the A6 in the next 12 months and the A4 will enter an all-new generation next year.

Despite taking the Allroad derivatives off sale in the UK, Audi has given no indication that it plans to axe them entirely.

The decision to pull the Allroad models from sale also suggests that Audi has no plans to bring a similarly conceived, jacked-up version of the Audi A3 here. Thought to adopt the Citycarver moniker, it has been spotted testing in near-production-read form and is expected to be revealed in the coming months.

The Audi A1 Citycarver – a raised and more rugged take on Audi's supermini – also no longer appears on Audi's UK configurator.

Yes, a sad day indeed for Audi-philes needing some extra grip'n'grunt.  Me - I'm a confirmed Scooby-phile - on my 3rd Outback now.  Not as blinged-up as AllRoads, but 101% reliable, starts anytime, goes anywhere (within reason), carries+pulls like a train - does exactly what I need it to do !  Similarly very niche, under-the-radar and definitely not for the Chelsea-tractor/yummy-mummy brigade :-)

So frustrating when the Allroad was the best all rounder you could buy.  I had the older A6.  Now, we have a family SUV which does not ride or handle as well, is actuallly worse off road and more of a pain to get the bikes on the roof!  (The family wanted an SUV) I was all for getting an A4 Allroad to replace it but that is no longer even an option.  I recall a previous article where it stated that A6 Allroad owners had the highest average income of any Audi buyers, RS models included.  Sounds like UK teams at Mercedes, Skoda and Audi just can't be bothered to market them.

Your family's decision is the reason why it's been taken off sale. No point complaining about the ubiquity of SUVs when you buy an SUV yourself.

I wANT An SUV cOs ItS SaFeR.