Aston Martin is testing a next-generation Vantage mule beneath the body of a cut up DB11, as shown by these pictures.

Beneath the DB11 body, this mule is using the Vantage's next-generation bonded aluminium architecture, which is a shortened version of the DB11's, as well as the future Vantage's suspension.

The unit is a Mercedes-AMG 4.0-litre twin-turbocharged V8 that's expected to produce around 500bhp in the entry-level car and 550bhp in the Vantage S. The engine is supplied as part of a technical collaboration between the two brands and will use Aston's own software. This will also result in a V8 version of the DB11 using the eight-cylinder unit.

Like the current Vantage, a V12 version of the next-generation car is also due, using the same 5.2-litre twin-turbocharged V12 engine of the V12 DB11. 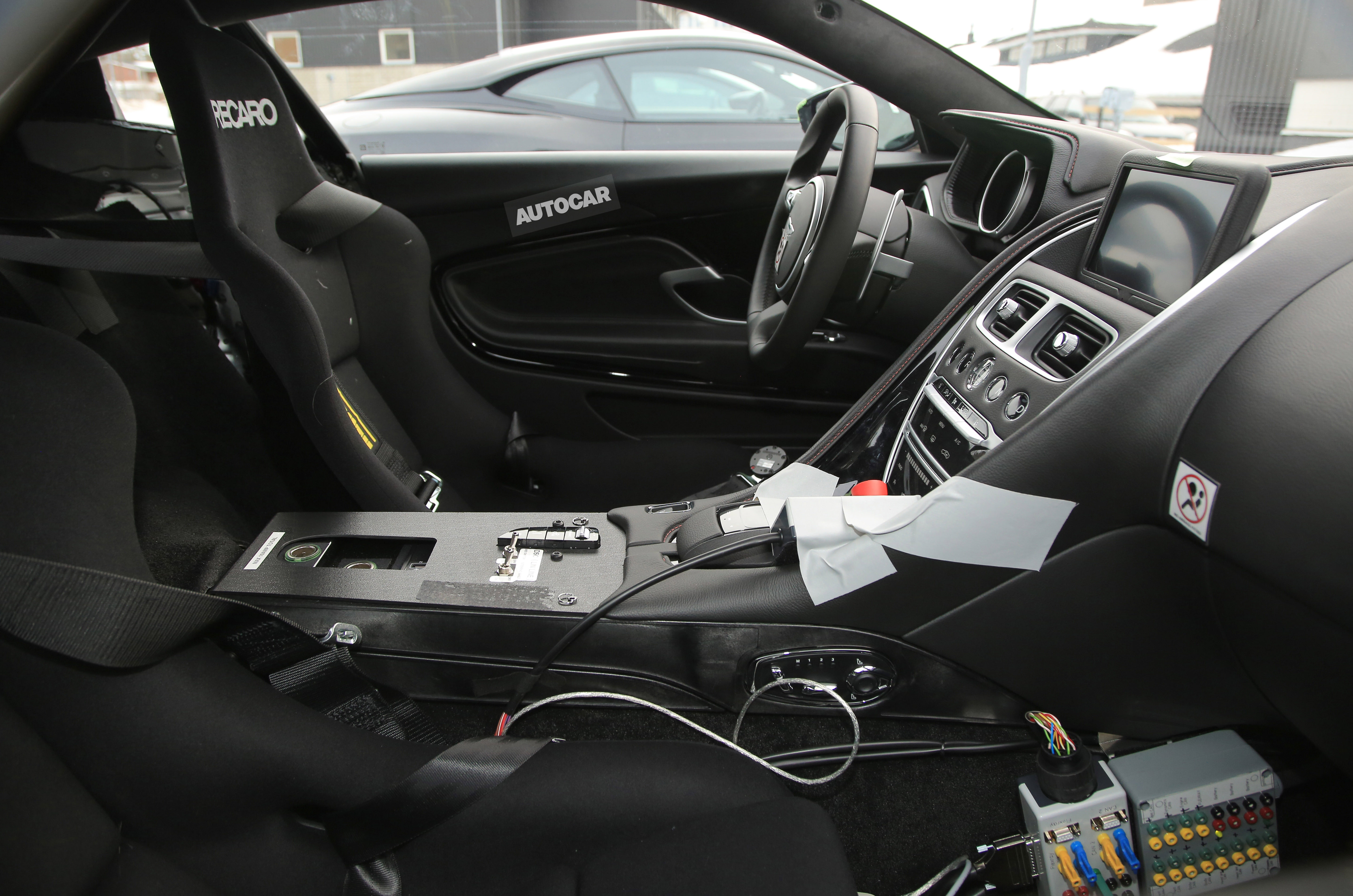 The V8 Vantage will likely be offered with a dual-clutch automatic or six-speed manual gearbox.

The car is still some way off from being officially revealed, but insiders think it could make its debut late this year.

The new Vantage will come as part of a new model blitz from Aston Martin, in which all of its key cars, including the Vanquish and Rapide, will be refreshed with new models and joined by an all-new DBX SUV and Lagonda. There will also be a convertible version of the DB11, called the Volante, which is the car seen testing alongside the V8 Vantage in earlier pictures.

The DB4 was introduced in '58 with Tadek Marek's clean-sheet straight-6, so the '60s engines are entirely Aston Martin. The WO Bentley-designed engine in the DB2, DB2/4, and DB Mark III (last made in '59) was designed when he was at Lagonda, which was then bought by David Brown (in '48 IIRC) and we had Aston Martin Lagonda. So it wasn't designed initially for Aston Martin, but they were essentially part of the same company when the engine was in use. I'm ok with this (see, I'm very reasonable ;)). If Aston buys M-B, maybe I'll revisit this :) Until then, off-the-shelf someone-else's engine is a DEAL BREAKER.
275not599 24 June 2017

Well the straight 6 engine of

Well the straight 6 engine of the 50s and 60s wasn't an Aston Martin engine, it was a Lagonda, designed by W.O. Bentley. They bought the company to get the engine. So now all they have to do is buy Mercedes Benz. Gofundme?
Speedraser 5 April 2017

Absolute deal-breaker for me

Absolute deal-breaker for me -- it will use Mercedes' off-the-shelf engine. An "Aston" with someone else's engine. Doesn't matter at all how good an engine it is. A crying shame. I'll be keeping my '09 V8 Vantage that I've had from new, with its Aston-bespoke block, crank, rods, pistons, rings, bearings, heads, cams, valves, dry sump oiling system, etc.
View all comments (15)