BACK TO ALL NEWS
Currently reading: Alpina B5 and D5 S updated with revised looks and more power
UP NEXT
Handling by Lotus: revisiting the Kia Elan in 2021

Alpina has refreshed its range of BMW 5 Series-based performance models to coincide with the base car's mid-life update.

The new B5 and D5 S saloons and estates are available to order now, with first deliveries due in October. UK prices have yet to be confirmed, but the B5 saloon is priced from around £105,000 in Europe.

The headline upgrade for the B5 over the outgoing model is a power boost. Based on the M550i, the 4.4-litre twin-turbo V8 has been taken to 613bhp, up from the old car's 600bhp, with 590lb ft of torque. That translates to a 0-62mph time of 3.4sec (3.6sec for the estate) and a 205mph top speed (200mph for the estate). The extra power comes from an ECU retune and an improved cooling system with enlarged intercoolers. 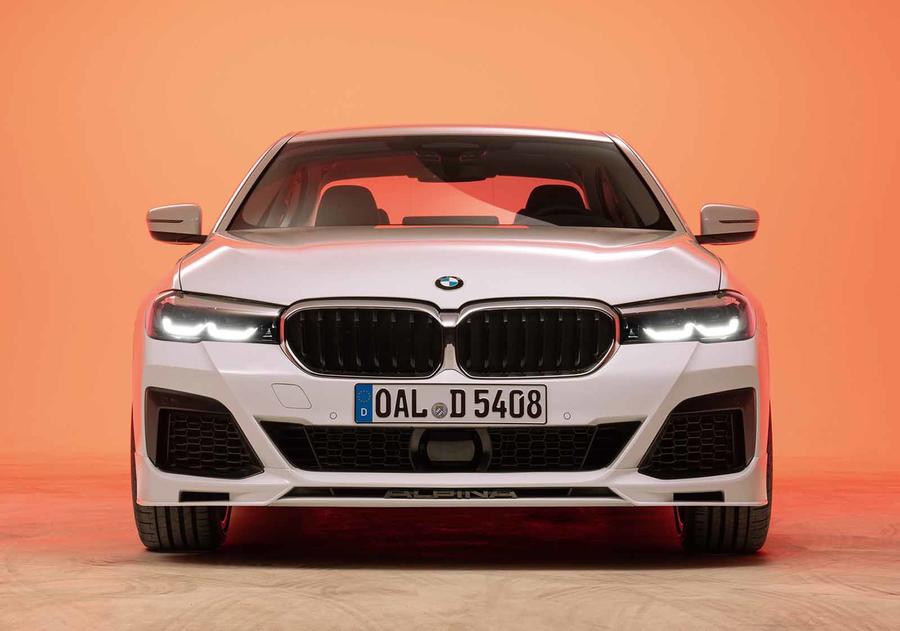 The B5 and D5 S again feature the same range of chassis upgrades as before. This includes electronically controlled dampers, stiffer springs and upgraded brakes, with four-piston fixed calipers at the front and single-piston floating calipers at the rear.

The aesthetic changes reflect that of the 2020 5 Series, too, with front intakes enlarged by 40% to improve cooling, redesigned lights front and rear and a new rear bumper. The trademark multi-spoke Alpina wheels are retained, alongside quad tailpipes for both variants.

Upgrades to the interior include a hand-stitched leather wheel and numbered plaque on the dashboard. The upgraded infotainment system features, as does a 12.3in digital instrument display with bespoke Alpina graphics.

Alpina has turned its hand to fine-tuning the already impressive 5 Series and created a pair of 600bhp behemoths, giving BMW a trio that will concern its rivals

Can you imagine the indignity of going down the pub and admitting that your Alpina B5 only had 600 bhp?

Can you imagine the indignity of going down the pub and admitting that your Alpina B5 only had 600 bhp?

A tarted up BMW?, well, no, look at them as a more honed BMW, I'd even say Alpina got the bodywork right.