BACK TO ALL NEWS
Currently reading: All-electric VW ID estate on the cards for future launch
UP NEXT
New 2022 BMW 3 Series brings redesign and tech upgrades

All-electric VW ID estate on the cards for future launch

Volkswagen is prioritising electric hatchbacks and crossovers in its ID family, but a load-lugging variant is being considered
Open gallery
Close

An estate variant of the Volkswagen battery-electric ID family is one of the models under consideration for the second wave of launches planned from 2022/23.

So far VW has shown hatchback and crossover concept versions of its all-new MEB platform-based models, which will make up the first wave of its BEV family.

VW is concentrating initially on crossovers because they are more popular globally in all three main markets of China, Europe and the US, whereas the estate bodystyle is only popular in Europe.

“We must concentrate on the main market sectors for the first wave of launches, but let’s put it this way - I like station wagons and I will remember that,” VW’s boss of e-mobility Thomas Ulbrich told Autocar at an event in London.

VW is ramping up the ID family, starting with the Golf-sized ID 3 hatchback, for launch later this year and multiple bodystyles will roll out from group brands Seat and Skoda in spring next year up to 2022/23 in the first wave. 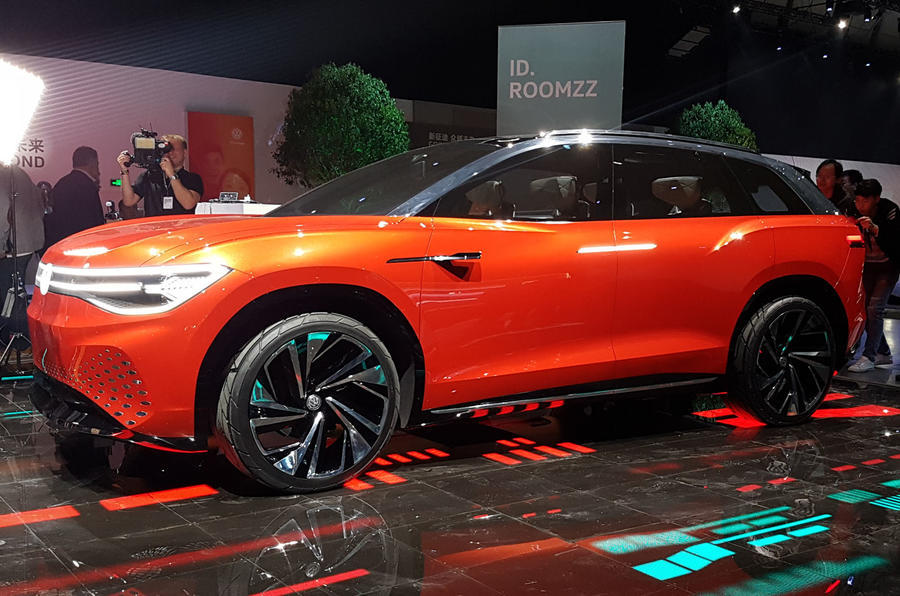 Some of these variants have been previewed with concept cars like the Seat el-Born and Skoda Vision iV – but the main bodystyles are hatchbacks or higher-riding crossovers. A second wave of around 15 new models to boost production by 2028 to up to 15 million in total, solely on the MEB platform, will kick off in 2022/23.

In an effort to make BEVs more accessible to a wider audience, Volkswagen has also started talking with the German government about subsidies to make an MEB-based Up city car replacement affordable.

“The question for governments is how to organise these subsidies. It is one of the biggest challenges in e-mobility so people who own these smaller cars can benefit,” Ulbrich said.Seat is leading development of the city car platform version of the MEB for its Mii hatchback.

Ulbrich suggested a date of 2023/24 for the all-electric Up to launch, but he cautioned that the high cost of componentry is likely to push the list price to around €18,000-€20,000. That’s about €6000 more than the small hatches cost today.

“This is a problem all car makers are going to have to make small cars affordable. The cost of the battery is much higher than an combustion car today,” added Ulbrich. He said the battery-electric powertrain of a city car contributes 30% to the whole vehicle cost, about twice the powertrain cost of a combustion-engined small hatch.