BACK TO ALL NEWS
Currently reading: 840bhp Dodge Challenger SRT Demon spotted in narrow-body spec
UP NEXT
Ford backs call for European ban on new ICE cars from 2035

6.2-litre V8-powered Challenger can go from 0-60mph in 2.3sec and claims the fastest quarter-mile record for a production car
Open gallery
Close

The Dodge Challenger SRT Demon, the 840bhp and 770lb ft-producing brute that was revealed at the New York motor show, has been spotted in the US running with a narrow body.

This comes as a surprise, because the model, which is capable of popping wheelies off the line, had hitherto only been seen in wide-arched form. The new sighting suggests that the Demon's motor will be available with the narrower chassis setup of regular Challengers, likely with a lower price. 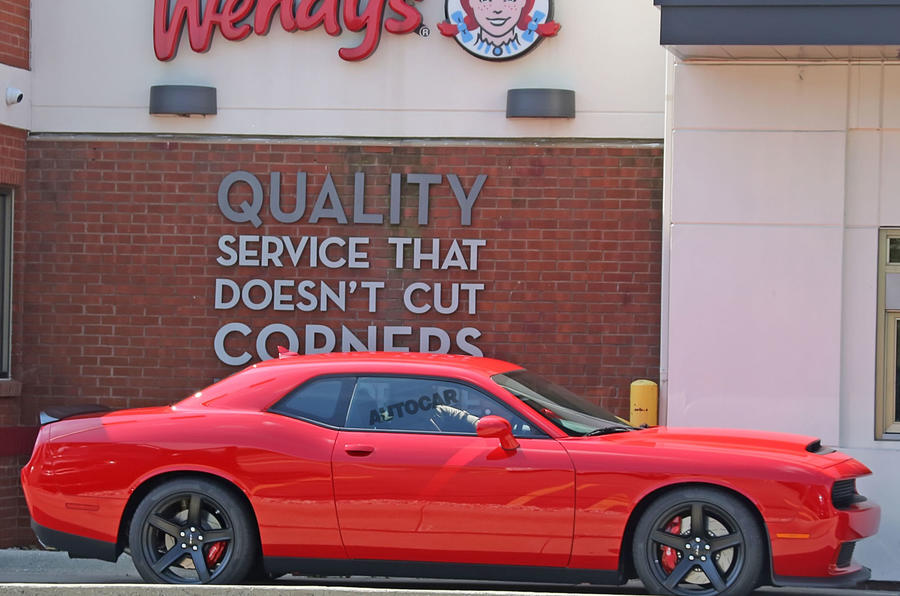 The car’s power reserve and performance allows it to claim the Guinness World Record for the fastest quarter-mile of any production car – 9.65sec - as well as being one of the fastest-accelerating production cars in the world, being capable of 0-60mph in 2.3sec.

Under acceleration, the car was the first ever production car to pull a wheelie, with the front wheels lifting by 89cm.

If you don't get this car,

Might be good for the road that features at the end of the said flick. Other than that it just another US junker an escapee from 1974.