V12-engined brute can do 0-62mph in 2.7sec and reach 208mph; it was co-developed with HWA, which works with Mercedes-AMG in motorsport
Open gallery
Close

Apollo, the company born from the ashes of Gumpert, has shown its Intensa Emozione hypercar at the Goodwood Festival of Speed, including a dynamic run up the famed hill climb.

The brand confirmed that co-developed the Intensa Emozione with motorsport engineers and designers from HWA, the specialist firm that operates Mercedes-AMG's DTM racing programme.

HWA runs the most successful team in DTM's history but Apollo said that it was its role in the development of the iconic Mercedes-Benz CLK GTR GT1 Le Mans racer, which competed in the late 1990s, that would prove pivotal in ensuring the Intensa Emozione "provides the most emotional and organic driving experience in the segment today".

The Intensa Emozione is described by Apollo as the "only modern-day GT1-inspired car". 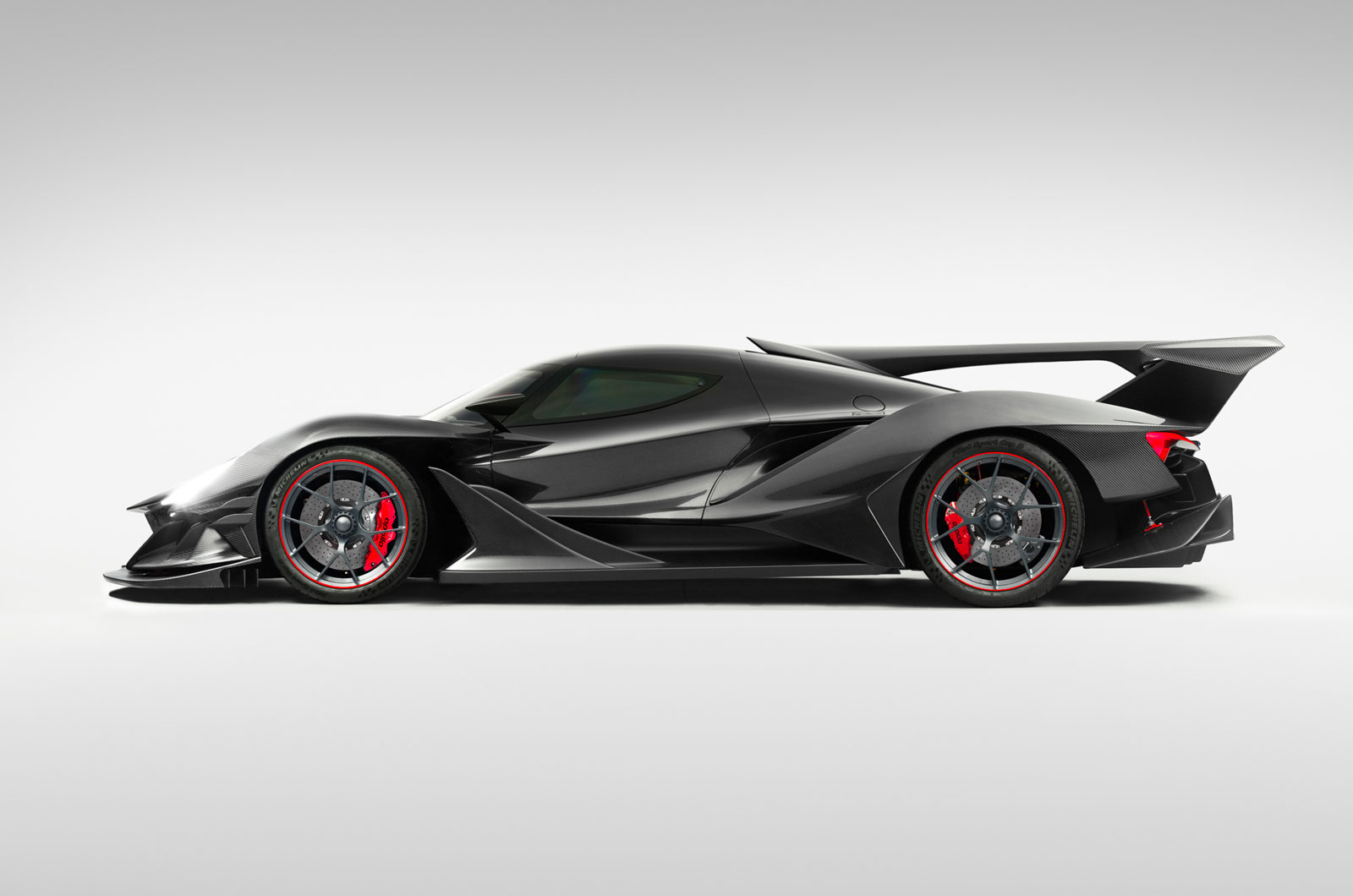 Due in just 10 units, priced from £2.05 million each, the two-seater is a track-focused model so extreme that it's only expected to be eligible for road use in a select few countries. It uses a naturally aspirated V12 producing 769bhp and 560lb ft, with the redline set at 9000rpm.

The Intensa Emozione is built on an all-carbonfibre structure featuring a roofless tub that weighs just 105kg and carbonfibre bodywork. As such, the car weighs just 1250kg, giving it a power-to-weight ratio of 615bhp per tonne. The 0-62mph sprint takes 2.7sec, 0.1sec quicker than the McLaren P1, and top speed is quoted as 208mph.

The Intensa Emozione's exterior has aggressive aerodynamic features including a large, fixed rear wing, a rear diffuser and a vertical fin. Apollo says the car generates so much grip that it can reach 2g of lateral force when cornering and produces 1350kg of downforce at 186mph. 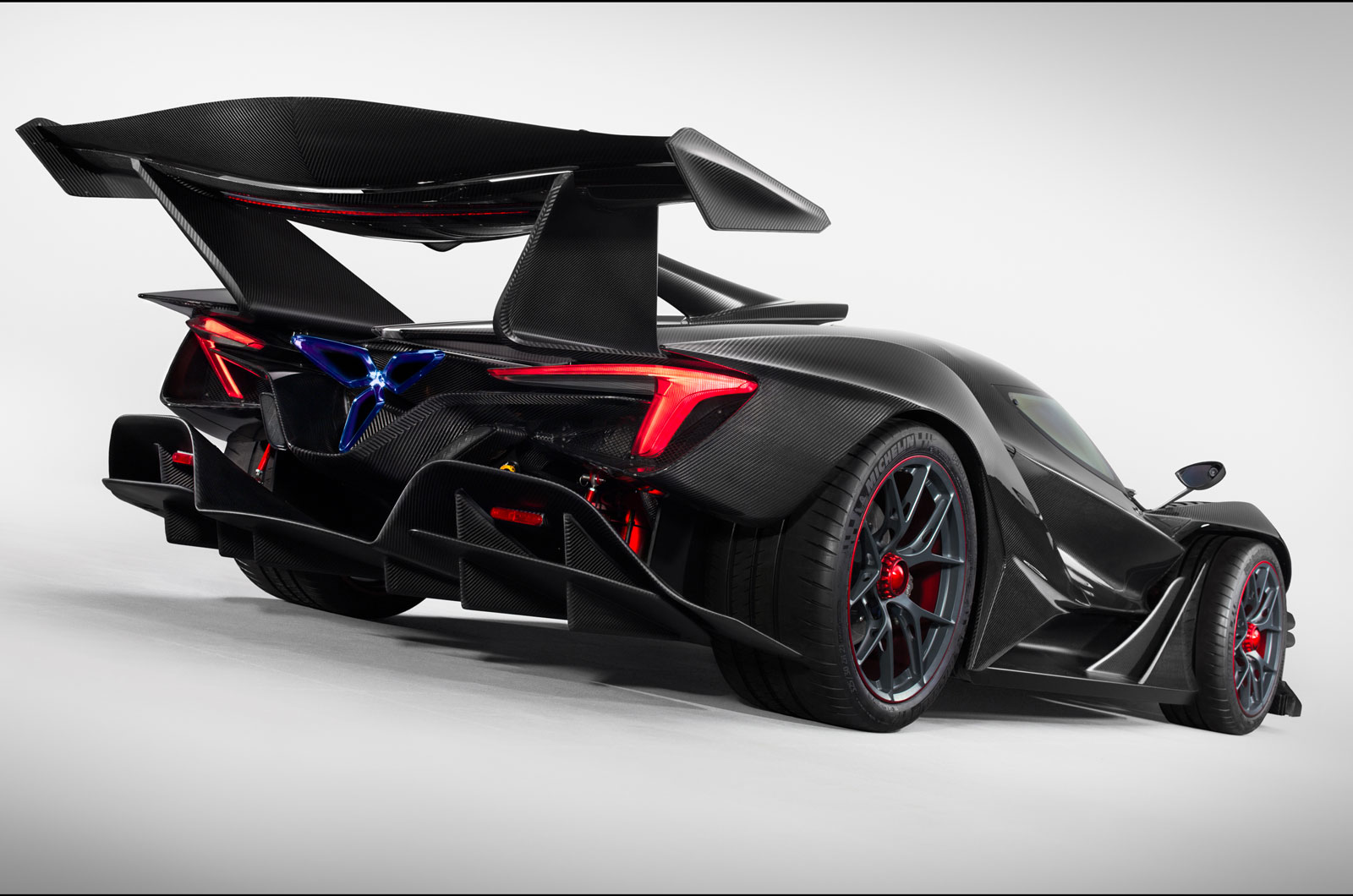 Company chairman Norman Choi said the new model wasn’t electrified because “we felt that all the technological advancement and automation in today’s supercars took away the pure, raw emotional connection between driver and car”.

The Intensa Emozione appears heavily inspired by the Apollo Arrow concept of the 2016 Geneva motor show. Apollo said in 2016 that the production version of the Arrow track car would be followed by a less extreme road version, leaving the door open for the Intensa Emozione to be produced in proper roadgoing form.

Apollo has connections with fellow supercar maker Scuderia Cameron Glickenhaus and it was previously reported that the two companies would work together in the development of future models. However, no partnership has been announced for the Intensa Emozione.

Certainly will turn Heads,but, is that wing legal?, it’s vast!!

The engine will be the AMG

The engine will be the AMG V12 surely?

Good luck to them.  I love the anti-electronics mindset.

But 'intense emotion' is an off-the-scale silly name.  And is there really a need for track only cars?  If that is your thing, why not just buy a proper racing car?

They arent exactly going to develop a V12 engine themselves for a production run of 20 units, and there aren't many off the shelf V12's you can buy, if there are links with Gilkenhaus then are they taking engine supply from Ferrari? not the sort of thing the prancing horse normally agrees to?