Harder and faster version of new all-wheel drive M5 is quicker off the line than its rival; it's due on roads this September
Share
Open gallery
Close
Share story

The new BMW M5 Competition wields 616bhp – 25bhp more than the standard model - to make it quicker off-the-line than its arch-rival, the Mercedes-AMG E63 S.

Its engine delivers peak torque of 553lb ft from 1800rpm, the same as the regular M5’s, but it's produced over a 200rpm-wider range that ends at 5800rpm. BMW says the model gets “even more direct responses and bespoke chassis tuning to ensure a race-inspired driving experience”. 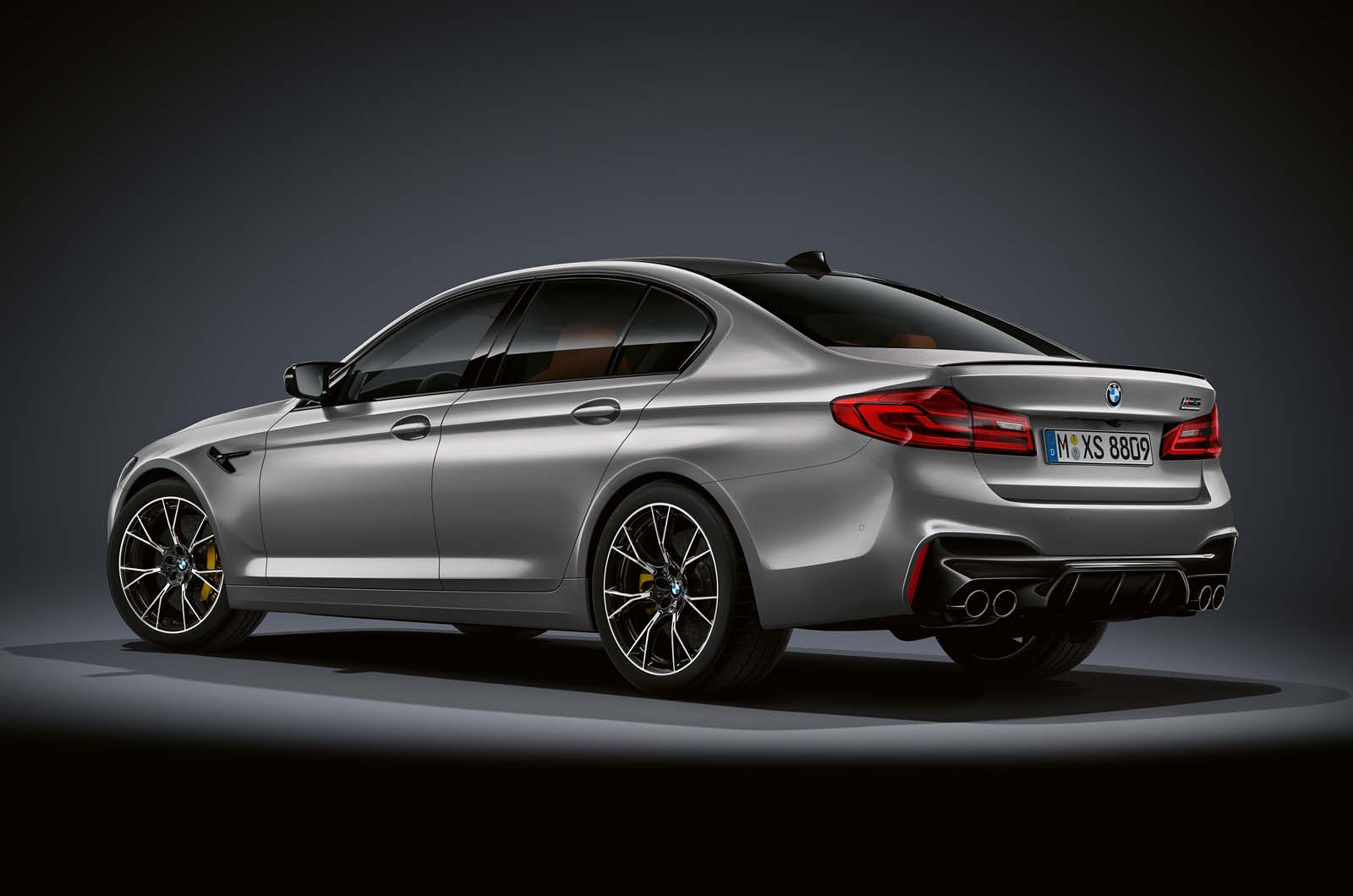 Power is sent to all four wheels via the same eight-speed M Steptronic transmission and xDrive all-wheel-drive system as the standard M5. There's an Active M Differential at the rear axle to enhance traction and give the car its rearward power bias.

Changes over the standard M5 include BMW's M Sport exhaust system as standard, the volume of which can be adjusted via a button, as well as new engine mounts with a higher spring rate to provide faster engine responses and help to increase structural rigidity across the front of the car. The model also sits on more performance-focused suspension that reduces body roll and lowers the ride height by 7mm. 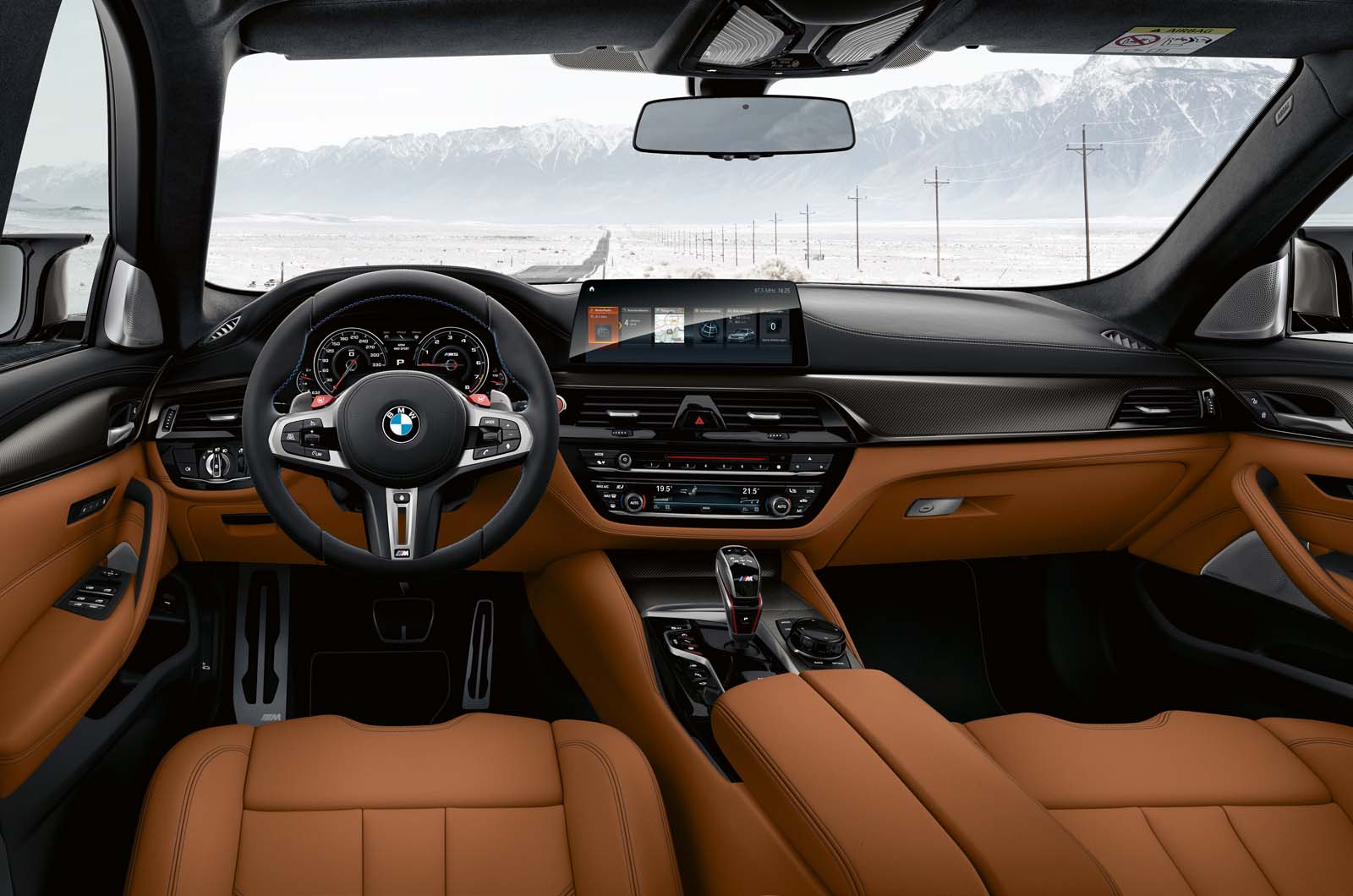 Small aesthetic adjustments are made as a nod to the car's enhanced performance, including gloss black for the surround on the front and side grilles and rear boot lip, plus Competition badging.

This hotter M5 variant is the fourth Competition model in BMW’s line-up, joining the M3 Competition, M4 Competition and newly introduced M2 Competition. The M2 Competition replaced the M2, whereas the other models are offered alongside their standard siblings.

First deliveries of the new M5 Competition will take place in September, with prices set to start above the £89,645 required for the normal M5.

It only exists because there is no Jaguar XF-R

BMW and Mercedes must be so relieved that Jaguar doesn't yet produce a XF-R because they know how superior it'd be to the currently average M5 and E63. If a XF-R did exist then BMW wouldn't be wasting their time, effort and resources with this Competition version of the M5.

How would an unreliable boat

How would an unreliable boat with god awful crackles and pops from its exhaust be better? Is it the cheap plastics, naff infotainment and poor decade behind the time engines you like?

BMW and Mercedes must be so relieved that Jaguar doesn't yet produce a XF-R because they know how superior it'd be to the currently average M5 and E63. If a XF-R did exist then BMW wouldn't be wasting their time, effort and resources with this Competition version of the M5.

A 5 series was designed for going up and down motorways in a stress free environment drawing little attention and sipping diesel. For me it’s way to big, HEAVY, complicated and fast for a sports car, to expensive and noisy to do big miles and a there’s much better cars at half the price (including 3 series estates and reasonably quick 5 series) to do the family stuff.

A more pointless vehicle is hard to envisage.
Peter Cavellini 9 May 2018

First, yes it’s a distance muncher that’s why most have an Oil Burner under the Bonnet, the M5 isn’t that big it’s not XF-R big, the Jaguar is in profile much longer, and like all Cars it onl6 goes as fast as the Driver wants to go and it handles well too for a heavy Car.....

Pointless? There is market

Pointless? There is market for it, hence they make it. And it's not pintless belive me, drive one of these down the autobhan and your realise just how usefull the car is.

A more pointless vehicle is hard to envisage.