BACK TO ALL NEWS
Currently reading: 286bhp Volkswagen Golf GTI TCR now official
UP NEXT
Are e-scooters legal in the UK?

The TCR is set to become the fastest front-wheel-drive Golf the firm has released to date, with an option to raise the top speed from 155mph to 162mph. The 0-62mph sprint is dispatched in 5.6sec, 0.3sec faster than the hardcore Golf GTI Clubsport S.

It uses the same turbocharged 2.0-litre four-cylinder petrol engine as the earlier Golf GTI Clubsport, with 286bhp at 5000rpm in overboost mode, when turbo boost pressure is raised from 1.9 to 2.1bar for periods of up to 10 seconds. During that time, the engine develops 44bhp more than the standard Golf GTI's with the optional performance package, while torque remains the same, building to a peak of 272lb ft at 1600-4300rpm. It comes with a petrol particulate filter and is combined with a seven-speed dual-clutch automatic gearbox and front axle differential lock. There's no option of a manual gearbox. 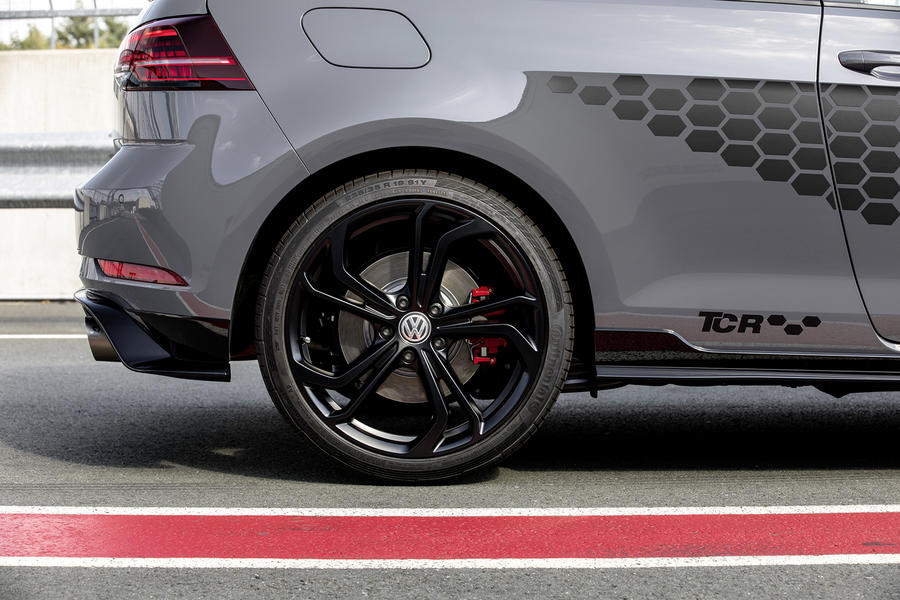 The Golf GTI TCR stands out from the standard Golf GTI with a more prominent front splitter, wider side sills, a TCR-specific spoiler and a large full-width diffuser at the rear. Buyers will be able to specify TCR decals over the rear of the sills, a body side foil featuring the honeycomb shape reflected in the design of the grille, and puddle lamps that project a TCR logo to the side of the car when the door is opened. LED headlights come as standard, along with Front Assist automatic emergency braking and an Active Info Display digital instrument cluster.

Inside, the Golf GTI TCR adopts new microfibre upholstery for the sides of the sport seats, door inserts and gear selector glove. The design of the upholstery for the seat centre has been developed specifically for this model, while the flat-bottomed steering wheel and gear selector knob receive a red marker at the 12 o’clock position as a homage to the racing version of the Golf GTI TCR, of which VW Motorsport claims to have delivered up to 100 examples since 2016. 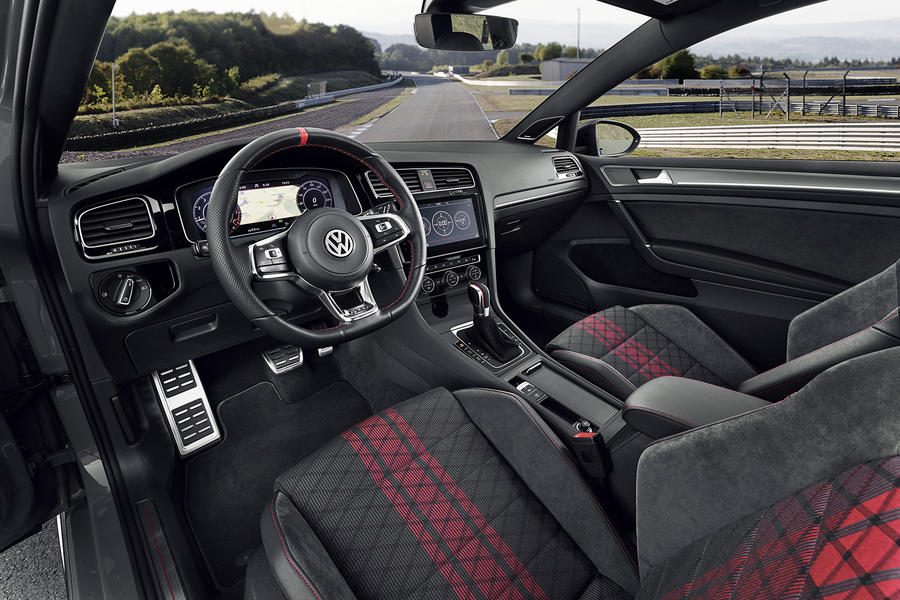 UK prices have yet to be revealed, but in Volkswagen's home territory the TCR will cost €38,950 (£34,500). Buyers will be able to choose from a selection of extras packages, which add sports-tuned rear dampers and Dynamic Chassis Control, the top speed upgrade and 19in alloy wheels on either street or semi-slick tyres.

The Golf GTI TCR was previewed at last year's Wörthersee fan meet in Austria by the TCR Concept, which used the same titanium Akrapovič exhaust system as the four-wheel-drive Golf R. It is currently unknown if the production version does the same.

The TCR was confirmed for production by VW officials at Wörthersee, who suggested volumes will not be restricted, unlike the limited-run Clubsport S.

However, with development of the eighth-generation Golf - planned for introduction in 2019 - already at an advanced stage, the road-going Golf GTI TCR is set for a relatively short production life.

Type R has nothing to worry about.

More than the standard GTI?

I'm pretty sure there's no such thing as a standard GTi anymore, only the performance version, something to do with WLTP.  A 240bhp option from a 2.0 seems plenty to my old body and brain

Great if you are impressed by TCR logos.

But, if you have your head screwed on properly, buy an R for less...

But, if you have your head screwed on properly, buy an R for less...

I hear you. I think Autocar needs to test the Clubsport S against this to really see where improvements have been truly made. The R in DSG form (due to faster changes) is the mecca of fast Golf's from an acceleration perspective, certainly.