Mercedes-Benz will rapidly expand its EV line-up in the coming years by ushering in electric options in crucial new segments and introducing a range of new platforms with unprecedented range and performance capabilities.

The marque’s line-up of electric models already comprises a wide variety of cars of different shapes and segments – ranging from the Mercdes-Benz Mercedes-Benz EQA hatchback to the new Mercedes-Benz EQS flagship – and it will be extended further with the launch of the mid-sized EQE SUV later this year and an electric version of the Mercedes-Benz G-Class 4x4 by 2024.

The company’s commitment to offering a electric version of every model by 2025 is among the most ambitious electrification pledges of any mainstream manufacturer. This comes alongside a commitment to develop only bespoke EV architectures from 2024 – when the all-new Mercedes-Benz Modular Architecture (MMA) platform, conceived for small and midsized EVs, will be introduced. 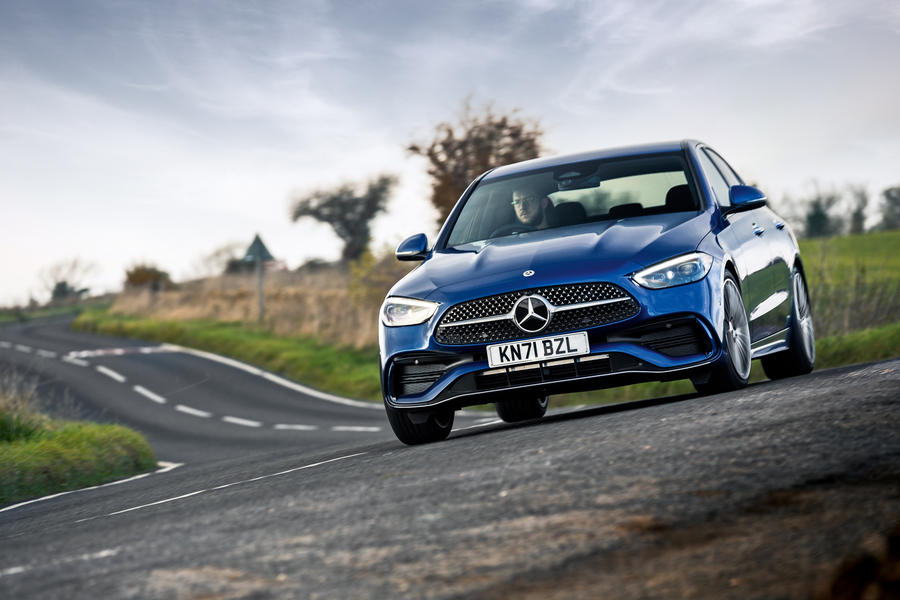 One of four new EV architectures being developed by engineers in Stuttgart as part of the wide-reaching electric offensive, the MMA will be instrumental in future-proofing some of Mercedes’ best-selling and most crucial models. The Mercedes-Benz C-Class saloon, for example, launched in its current guise last year, is in line for an all-electric variant – or equivalent – using this platform, which will provide Mercedes-Benz with a long-awaited executive EV to rival the likes of the Polestar 2, BMW i4 and indomitable Tesla Model 3.

Last year, Mercedes chief operating officer Markus Schäfer told Autocar the MMA platform will be used for compact cars but “has the potential to reach into the mid-size segment as well” and confirmed the potential for a dedicated EV offering in the mid-sized executive sector. 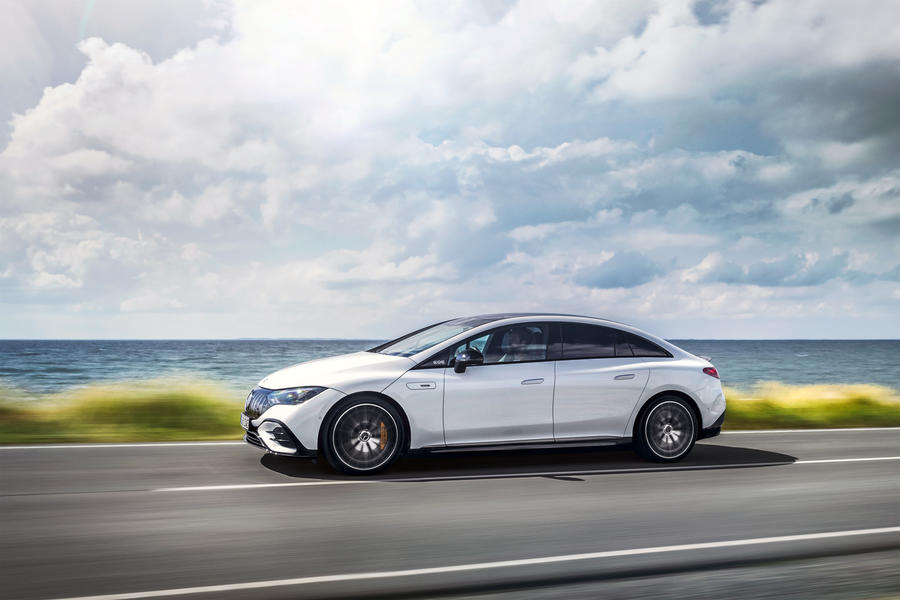 The current C-Class is one of the few remaining legacy Mercedes models without a direct EV equivalent, but the plug-in hybrid Mercedes-Benz C300e has one of the longest electric ranges of any PHEV on sale, at an official 68 miles, and the recently launched EQE saloon helps to fill the gap between the C-Class and the EQS electric limousine.

Likewise, Mercedes’ existing bespoke EVs are among the longest-legged in their respective segments, but the new-generation EVs will take this further. They will combine power-dense battery packs with hyper-efficient motors, lightweight construction methods and super-slick bodywork to fully maximise efficiency, as demonstrated by the radical (and fully functioning) EQXX prototype, which gives the most concrete clues yet as to the electric future of the popular C-Class.

Company bosses have already admitted the Mercedes-Benz EQXX will not directly evolve into a production car, but in its conception, design and capability, it serves to preview Mercedes’ future line-up, and in its positioning, it is more closely related to the C-Class than any other model. So while the eventual production descendant of this concept will be larger (the EQXX is just 1350mm tall and a full 162mm shorter than the EQE) and more conventionally styled, it will remain true to the core characteristics. 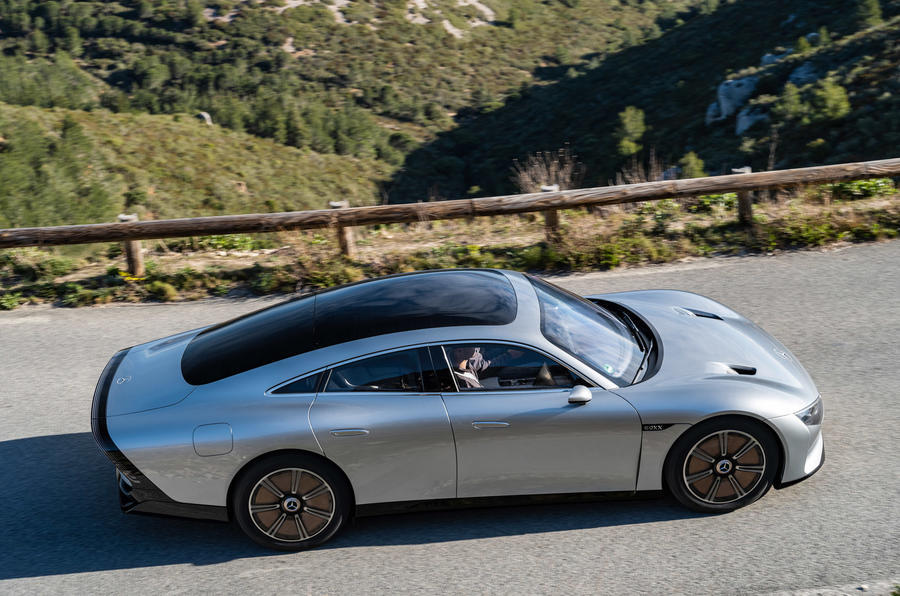 The main aim of the EQXX project was to show how far an EV designed to these principles can travel on one charge – and the real-world range of the concept, as demonstrated on real roads, at normal speeds and in changeable conditions by Mercedes, nudges 700 miles. That represents a marked improvement not just on the 453-mile EQS but also every mainstream electric vehicle on sale today.

Mercedes highlights radical new battery technology as a facilitator of this improvement, with boosted power density allowing for a greater range to be achieved while keeping weight low and maximising interior space. The firm remains tight-lipped about the technical specifics of the new-generation power packs it will begin rolling out to its line-up, but the EQXX’s circa-100kWh battery – supplied by CATL – is 35% lighter and about half the size of the 107.8kWh unit used by the EQS. Such advances pave the way for future cars to sit lower and have more spacious cabins, as well as offering improved ranges.

Another key component of the MMA platform will be the integration of a new-generation electric motor that dramatically boosts efficiency while, like the battery, freeing up space in the chassis and reducing weight. The lower kerb weight of the new electric C-Class saloon, relative to its larger sibling models, means it will offer comparable straightline performance to Mercedes’ existing EVs even when fitted with lower-powered and more efficient motors.

Aerodynamic efficiency plays a fundamental role in eking out more miles per charge, so the electric C-Class will bear a much more rakish and low-slung silhouette than the current car – and it is likely to sit higher than the EQXX for easier ingress and egress. A coupé-esque sloping roofline will probably be the most obvious differentiator from the current three-box saloon and the glasshouse will need to be substantially wider than the concept’s to allow for three seats across the back row – and comparable storage space. 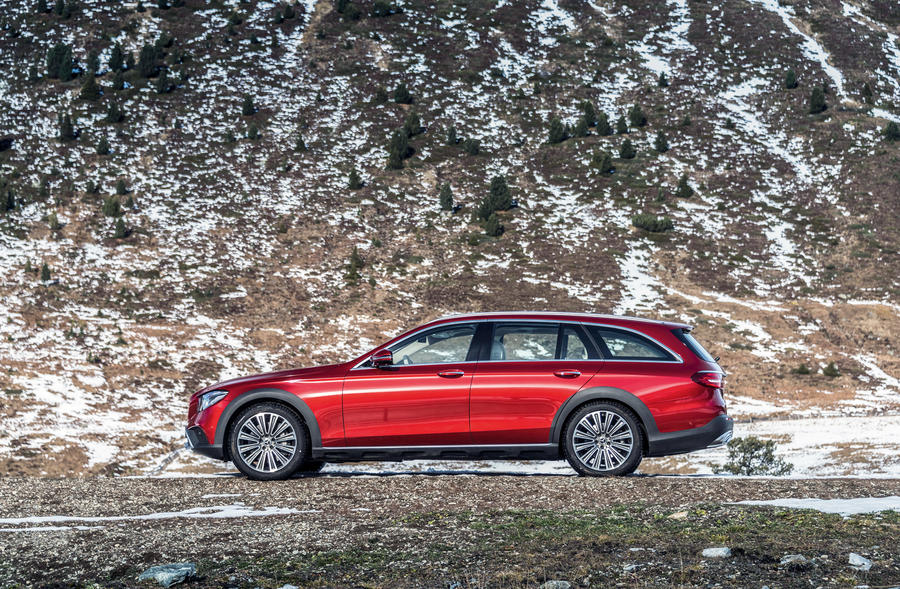 Whether, like the current C-Class, the new executive EV will be offered in estate guise is less certain. Mercedes’ combustion-powered answer to the BMW 3 Series Touring has historically been a strong seller, particularly in Germany, but a marked rise in the popularity of SUVs threatens the viability of traditional estate models in the new electric era. They are “technically absolutely possible – that wouldn’t be a problem”, said Schäfer recently, but in keeping with a continuing rationalisation of the Mercedes-Benz line-up, these models could be indirectly replaced by a new range of more popular, equally capacious and barely less aerodynamic SUVs.

Solid state batteries on the way 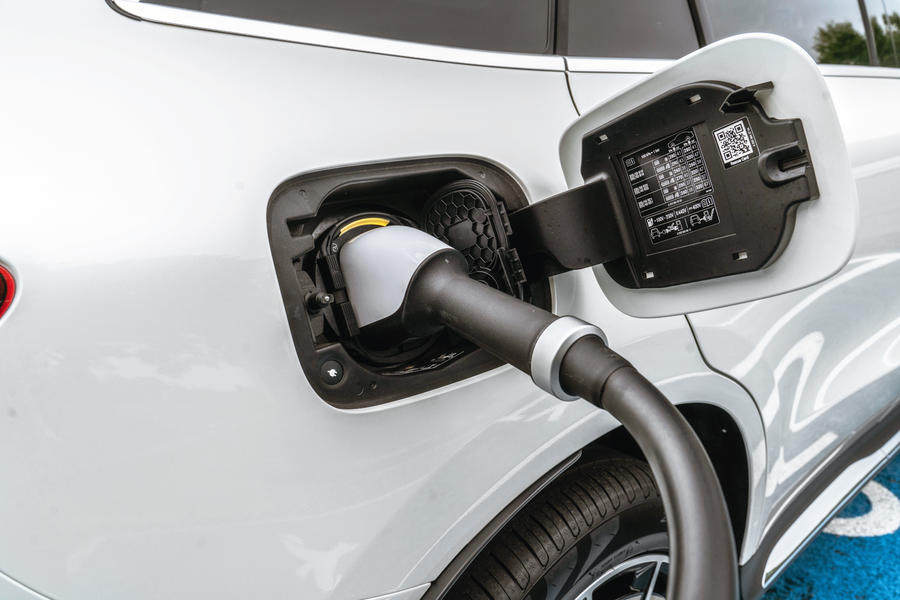 While touting a 50% improvement in energy density from its next-generation batteries, Mercedes is already looking to the next step, with development under way on solid-state battery technology.

The firm has partnered Taiwanese battery developer Prologium, which claims to have supplied nearly 8000 solid-state battery samples to car manufacturers. The tie-up will usher in solid-state test vehicles in “the coming years” on the way to rolling out the hardware to production cars in the second half of the decade.

Mercedes estimates that these future batteries can nearly double the range of today’s conventional lithium ion packs and the EVs equipped with these units can be lighter, more spacious and cheaper to produce.

The exterior designs and weight of the current MB EQ cars are not great. Any reviews or group tests that I have seen for EQ cars have been generally critical. I think that MB needs to back to the drawing board.

With the way the technology is advancing, you've got to be an early adopter, or have a very good financial incentive (such as exemption from congestion charges) to buy an EV at this early stage.

I applaud you if you've already made the jump, but I'll wait a little longer.