A leaked image may have given us our best look yet at Alfa Romeo’s forthcoming GTV coupé, which isn’t due to be unveiled until 2021.

The single image, purportedly taken during an official Alfa Romeo presentation, partially shows a render of the upcoming hybrid coupé and was first picked up by Italian motoring site ClubAlfa.

It closely matches the concept sketch Alfa released last year during the FCA Capital Markets day, where the marque confirmed a bold new five-year strategy that will see several new and returning models introduced, including two new SUVs that will bookend the existing Stelvio. 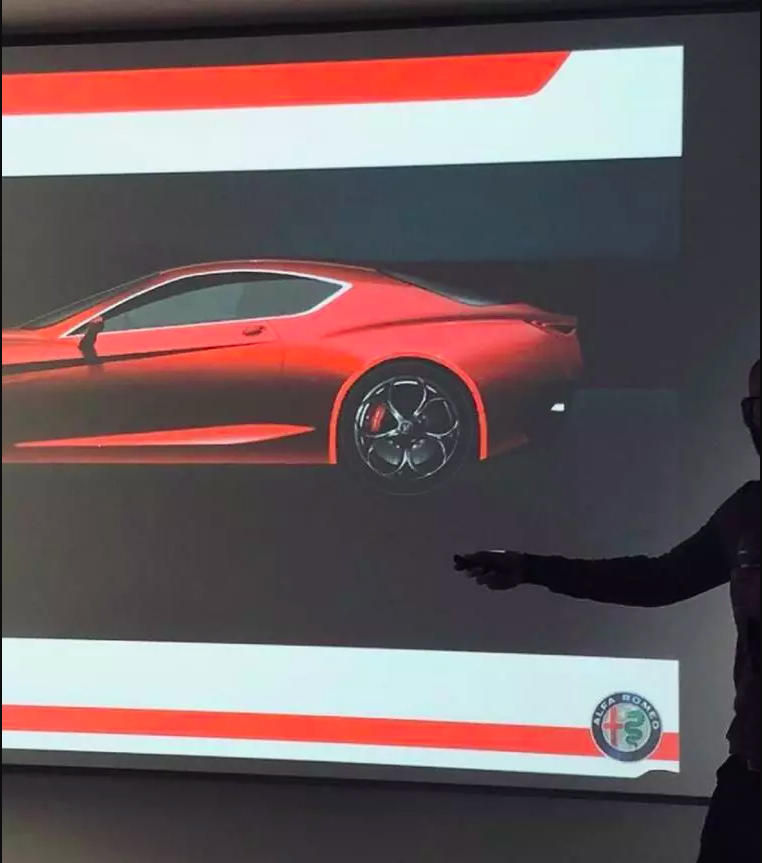 The GTV - essentially a coupé version of the well-received Giulia saloon - is on track to use hybrid power, and is set to be offered in Quadrifoglio guise. In this most performance-focused variant, it will combine the 2.9-litre V6 seen in the Giulia Quadrifoglio with an electric motor for a total power output of more than 600bhp. It will have a 50/50 weight distribution, torque vectoring all-wheel drive and room for four passengers.

The new model is expected to be revealed in 2021 and go on sale the following year, marking a return for a badge that was last seen on sale in the UK in 2005.

It will arrive at a busy time for Alfa Romeo, which is also planning to introduce long-wheelbase versions of the Giulia and Stelvio, the Tonale compact SUV, a further SUV even larger than the Stelvio, and a reimagined 8C supercar over the next few years.

New entry-level Alfa Romeo planned, could be hatch or SUV

Product planning at Alfa must be a tough job...

Their whole back catalogue is full of intriguing and beautiful-sounding cars, but none seem relevant today as everyone climbs into their turbocharged SUVs and crossovers. Audi kills the TT, BMW struggles to make a case for the Z4, Mercedes folds the SLC - the one segment where Alfa would be relevant is shrinking.

The time that you could let rip your Dell'Ortos on a public road was probably just before speed limits where being introduced. Why would I buy a small, Alfa-badged crossover with a terrible infotainment system, a plasticky interior and a patchy dealer network? How will Renault fix this? Should Alfa be sold to VW after all?

It's bound to look good, but

But I'd be more interested in whether Alfa can sort out its quality and reliability - and how much this hybrid super-coupe costs and weighs?

It's a pity that Alfa Romeo isn't able to produce something more like the Toyota GT86 - I'd be far more interested in a simple, light, good looking good handling and relatively affordable coupe.  But then I guess the company knows that it has lost this battle before it's even started!

It's a Bit Bland

Handsome enough but generic. I like Alfa coupes that have something a little odd about them. Hopefully the face of this new GTV is distinctive.
View all comments (11)