BACK TO ALL NEWS
Currently reading: 2019 Aston Martin Vantage will be first to mate manual gearbox to AMG V8
UP NEXT
Sorry, wrong number: the forgotten problem of car clocking

Aston Martin’s engineers have been challenged to be the first to mate a manual gearbox to the AMG-sourced V8 engine of the Vantage, producing a more involving car that’s due out in 2019.

A recently spotted development car running with the optional quad-exit exhaust system is thought to be an early mule for the new variant, which was confirmed for production by company CEO Andy Palmer last year. The 'box is likely to have seven speeds.

AMG hasn’t offered a manual gearbox in its cars since the last decade, so this manual Vantage, which will follow the automatic version that’s been on sale since April, needs bespoke parts and tuning to work with the twin-turbocharged 4.0-litre motor. 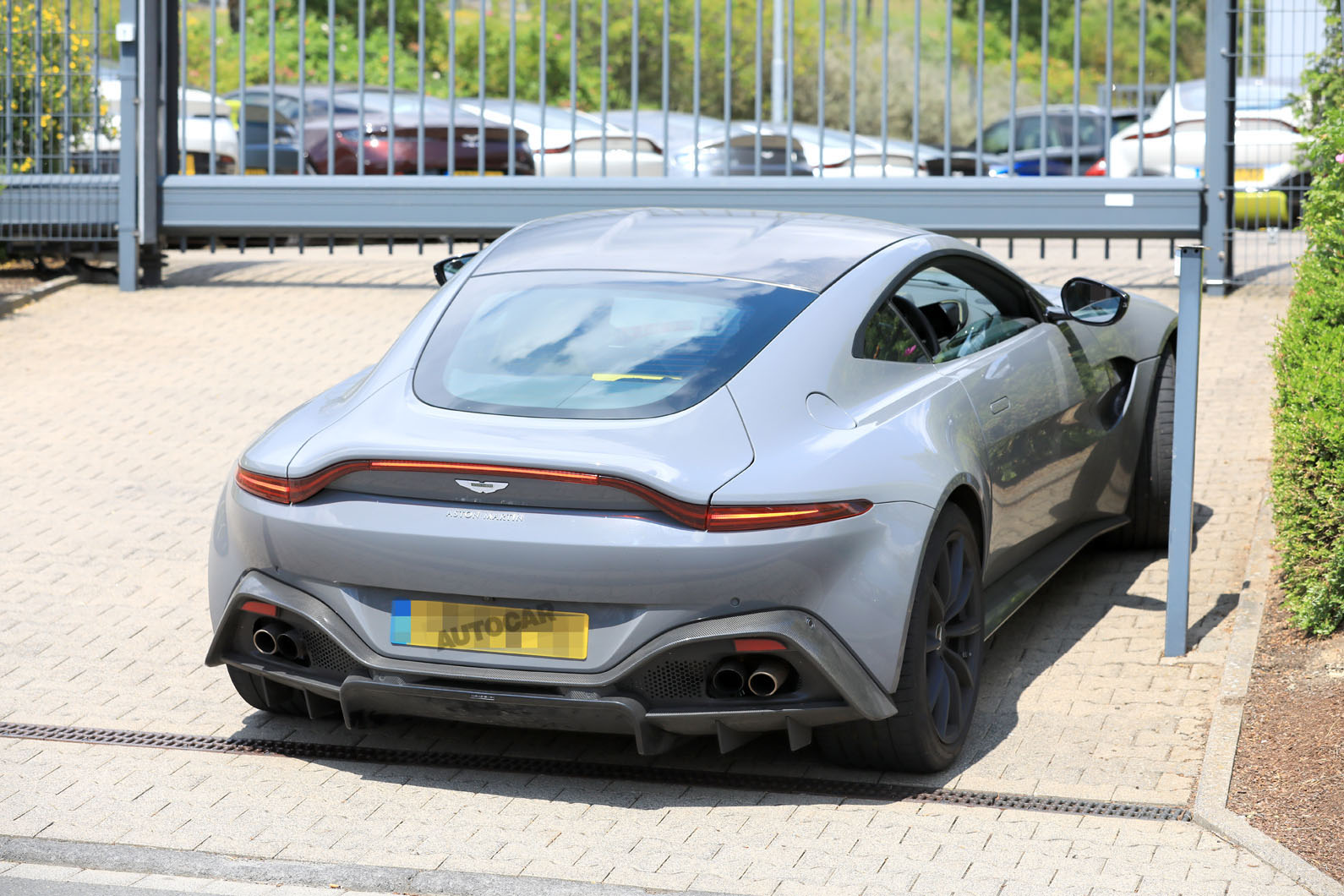 While this was also the case with the launch Vantage's ZF eight-speed automatic gearbox, which was chosen over the seven-speed automatic that Mercedes designed the AMG engine to work with, the challenge is understood to be greater this time because this engine has never worked with this type of gearbox.

The manual car will be offered in the same guises as the automatic, so an S version is due, while it’s likely that a more hardcore AMR model will be offered with three pedals as well. The standard car produces 503bhp and 505lb ft of torque, but the V8 produces more than 600bhp in AMG’s most potent cars, illustrating the extra performance potential for Aston’s following Vantages.

Buyers opting for the manual version will ultimately be sacrificing outright performance for the addition of a clutch pedal and gearlever. Expect a couple of tenths to be added to the 3.5sec 0-62mph time of the current car, while the 195mph top speed may be trimmed with one fewer cog available – although this will depend on gearing. 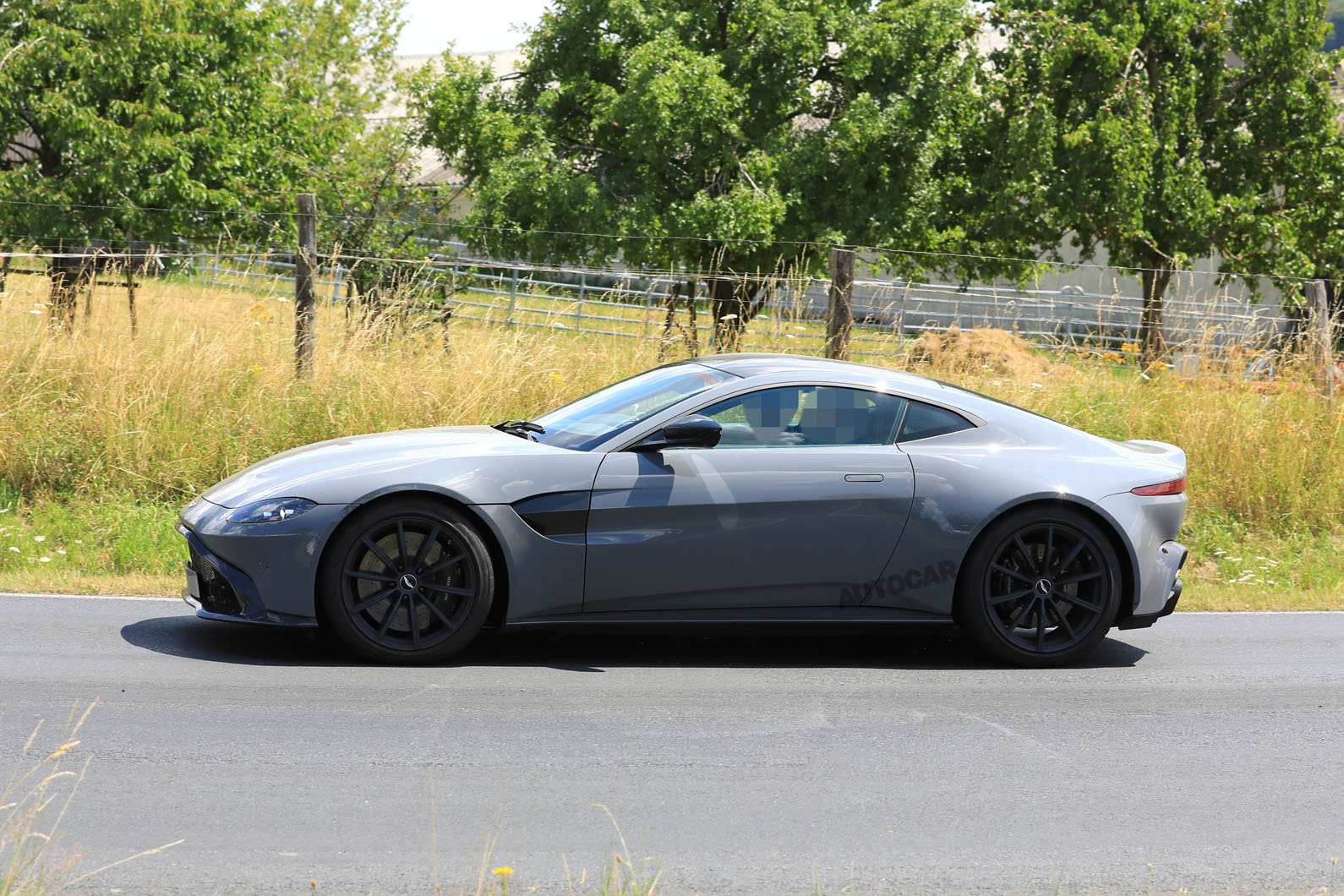 While it is likely to account for a much smaller percentage of sales than the automatic, the survival of a manual variant in Aston’s Vantage line-up emphasises the brand’s commitment to appeal to enthusiasts and drivers — even in the face of increasingly stringent emissions tests that favour automatic gearboxes.

The manual gearbox was important to the previous-generation Vantage because it helped to produce that car’s halo models, which culminated with the V12 Vantage S. However, a V12 version of the latest Vantage may never arrive, leaving the manual to work only with the V8.

Palmer told Autocar last year that it is “technically very possible” to produce a V12 version of the Vantage because the engine bay “has been designed to replicate that of the DB11, so the pick-up points and so on are all there”. However, the added weight of Aston’s internally developed 5.2-litre blown V12 is understood to have put the brakes on a plan to integrate it into the car for now.

^^^The magnitude of ignorance

^^^The magnitude of ignorance, in several respects, in the above 2 posts is remarkable. The 911, btw, can be had with a manual. My current V8V is a manual, and isn’t an imposter of anything. Big kudos to Aston on doing a manual. If I were to buy the new Vantage, it would absolutely be a manual. Sadly, the off-the-shelf AMG engine (how good an engine it is just doesn’t matter) completely destroys any and all interest I might have had.

I think it looks OK, nothing more and even if I could afford this kind of money, I wouldn’t buy an Aston. Too flashy an image, draws attention to itself and isn’t as well engineered as its obvious competitor - the 911.

Why pay all that money for an imposter, when you could buy the real thing for a lower purchase price and much lower depreciation?

Which cars ought to be offered with manual?

Well, apart from the obvious answer - none - imho the list includes the Suzuki Celery Stick, the Hyundai i10, a base Fiesta, any Dacia, a Nissan Note and  Mitsi Mirage. And, just possibly, remotely and in certain markets, Lotus Elise and Mazda MX5.

Now absolutely no Aston Martins belong on that list. They’re rarely a rental car and they’re certainly not sports cars.

Whatever they are, they can’t be manual and if they sell more than 3 I’ll eat my (not insubstantial) hat.