Ford has revealed its new Fiesta van at The Commercial Vehicle Show in Birmingham with an ST-Line-inspired Sport Van range-topper.

The van is based on the new Fiesta hatchback but foregoes its rear seats to create a loading space of one cubic metre. It also features altered rear suspension to carry up to 500kg of cargo – that's 160kg fewer than the Transit Courier that sits above it in Ford’s commercial vehicle range.

The Fiesta Sport Van mixes the practicality of a van with ST-Line features. It gets bumpers, 18in wheels and a rear spoiler taken straight from the standard Fiesta ST-Line, while the interior also has a pair of bolstered sports seats. 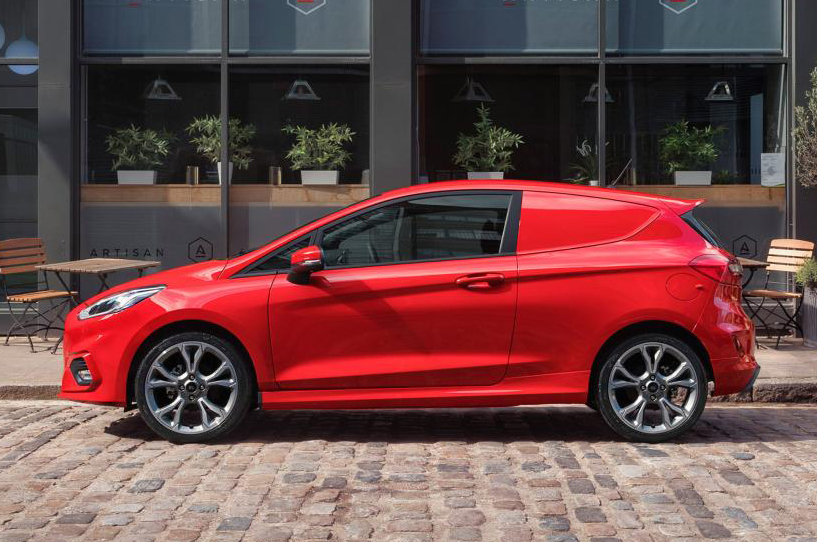 Like the regular Fiesta, the new van range comes with a significantly more modern interior than that in the previous generation. An 8.0in touchscreen with Ford’s Sync 3 infotainment is available, bringing Apple CarPlay and Android Auto smartphone compatibility.

Power comes from a choice of three engines. Two are petrol-powered; the first is a naturally aspirated 1.1-litre unit offering 84bhp and the second a turbocharged 1.0-litre Ecoboost engine with 123bhp. The third powerplant is a 1.5-litre TDCi unit available in two power outputs: 84bhp and 118bhp. 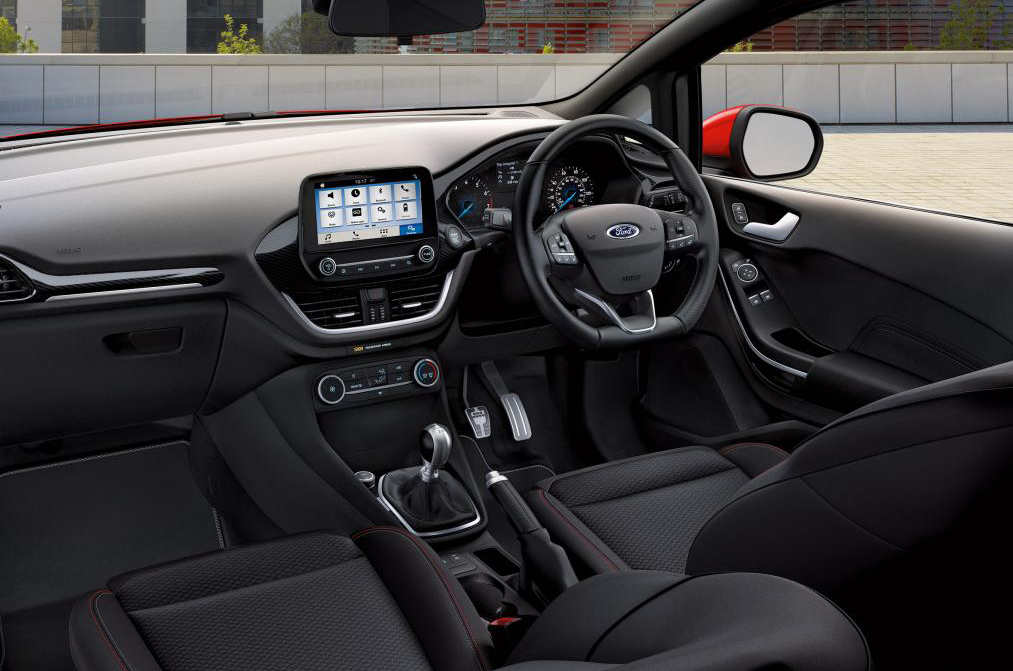 Ford has passed the Fiesta hatchback’s driver assist features onto the van. A pre-collision warning system that can detect pedestrians, blindspot warning and adaptive cruise control are available across the range. The Sport Van version gets ST-Line additions such as an adjustable speed limiter and lane-keep assist.

Ford has yet to confirm pricing for its newest commercial model, although no major change is expected from the previous generation’s £11,505 opening figure. The Sport Van variant is likely to stay close to its predecessor’s £13,995 starting price.

The Fiesta Sportvans are actually incredibly popular. Great fun to drive, good kit and cheap to run, most of them are used a cheap company car rather than actually carrying goods.

Would a Ka+ based van hold a cubic metre?

Some strange comments, why is

Some strange comments, why is this any perceived differently to the standard Fiesta STLine?

Many self employed people can’t afford to own and run a van and a car and therefore want a van that’s slightly nicer than a billy basic workhorse that covers all bases.

Not sure the red press car is a good idea though, inevitably invites lazy postman pat jibes.

Why shouldnt people have a more car based, enjoyable van, however as tuga said, ford has tried to move the fiesta into a more premium market position with the more basic spec models replaced with the ka+, so maybe it would seem logical to make the van from a ka+ as opposed to the fiesta.