BACK TO ALL NEWS
Currently reading: 2018 Audi A1 will be larger and more luxurious
UP NEXT
MST Mk1: Is this the ultimate rally recreation?

2018 Audi A1 will be larger and more luxurious

The 2018 Audi A1 will be larger and more luxurious than the current car due to its new MQB A0 underpinnings and improved interior technology.

Much like its cousins from Volkswagen, Skoda and Seat, Audi’s smallest model is expected to grow in both length and width, offering more leg room and increased boot space inside. Rear passengers will also benefit from more head room with that longer roofline.

Additionally, the new underpinnings will improve structural rigidity while reducing weight thanks to the use of a so-called hybrid construction. The method, which was first employed in the Audi A8 late last decade, uses a combination of hot-formed steel and aluminium. However, due to the larger size of the next A1, it’s unlikely that the 2018 model will be lighter than the current car, which is 1035kg in its entry-level guise. 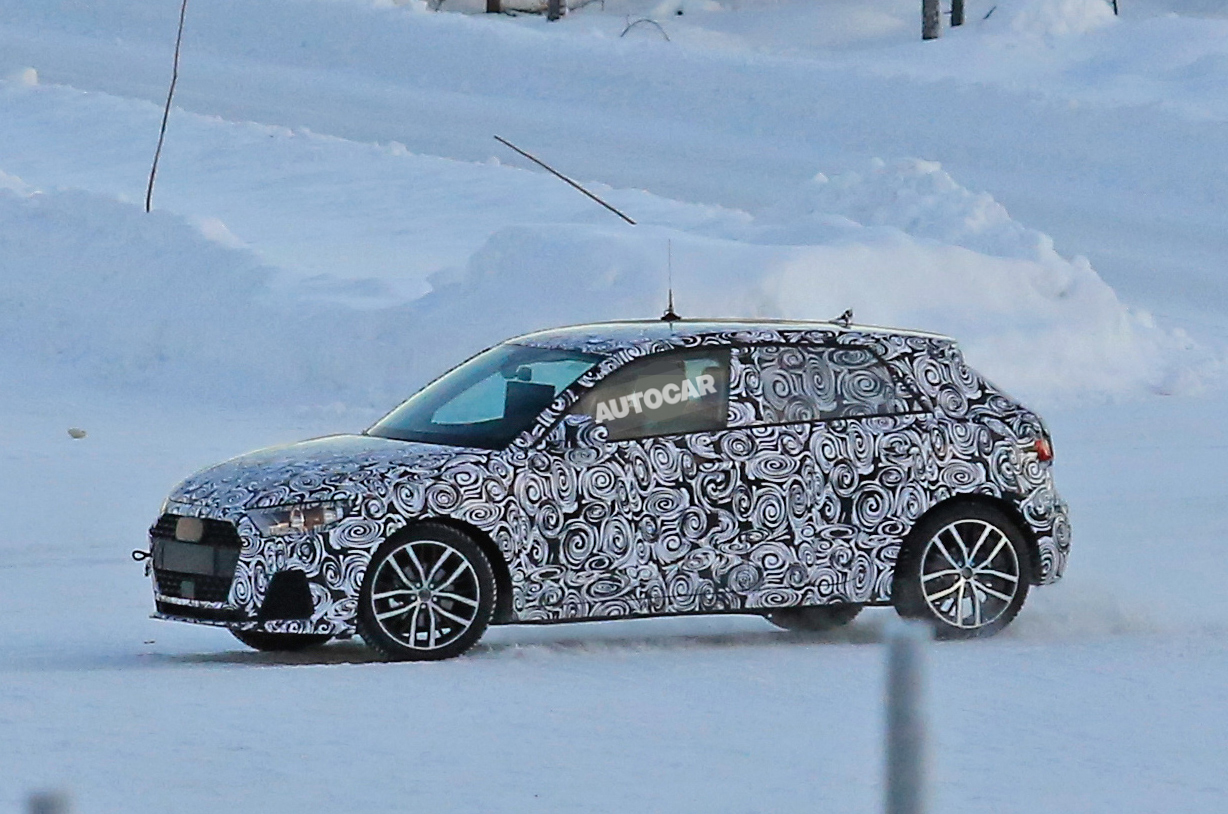 As shown by recent spy pictures, the next A1’s larger body means the compact dimensions of its predecessor are swapped for a more conventional hatchback shape. The car’s design does bear some resemblance to the larger A3, and the shape of its lights – both front and rear – certainly appear familiar to that car.

Audi is developing the 2018 A1 to be compatible with its Virtual Cockpit technology – something the current model hasn’t been able to adapt. The system will integrate Audi’s 12.3in display into the dashboard and work with Apple CarPlay and Android Auto. Top-spec models could be offered with wi-fi hotspot technology, too.

2017 Volkswagen Polo will be larger and lighter

Powering the new A1 will be a selection of turbocharged petrol and diesel engines, the bulk of which will be related to units offered in the current car. Entry level spec will be a 1.0-litre three-cylinder, likely with more power than the current 94bhp.

Additionally, further developed versions of the current car’s 1.4 petrol and 1.6 diesel turbocharged engines are likely, with the former producing in excess of 150bhp and the latter offering more than 72.4mpg combined. 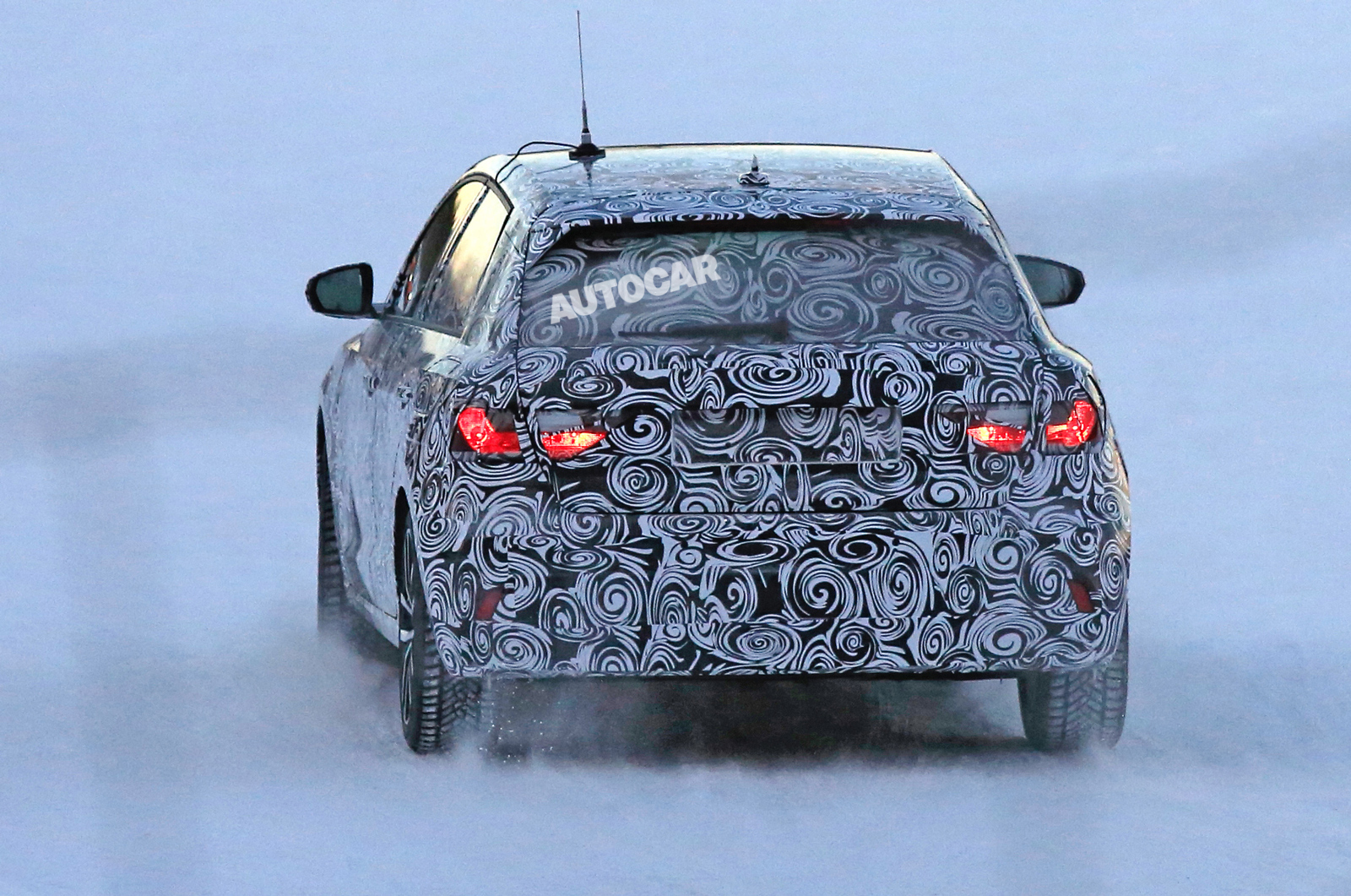 Industry trends suggest a hybrid model could also be produced, and the Volkswagen e-Up proves the VW Group has an interest in producing electric powertrains for its smallest existing models.

Following the launch of the next Audi A1 range, the S1 will arrive as the high-performance range-topper. Like the current hot hatch, it’ll make use of a turbocharged 2.0-litre engine and four-wheel drive, but power will be ramped up beyond today’s 228bhp. An output of around 250bhp has been mooted for the next S1’s four-pot, bringing it closer to the discontinued A1 Quattro model and its five-cylinder engine.

The next S1’s power would be unlikely to increase beyond that figure, however, so as not to overtake the output of the upcoming Audi RS1, which is due later this year with 280bhp. If the 2017 RS1 is a sales success, Audi may also consider producing one towards the end of the run life of its next-generation A1 range.

Audi A1 to be built at Seat’s Martorell plant

Agree with the above comments. Starting to think thoughabout with every nexttime generation of the model gets bigera. I wonderthink how long before we get to the 1950's & 60's era American barges.
winniethewoo 15 January 2017

It won't happen in the UK as the roads / garages / parking spaces / people will remain the same size. All that will happen is that models will shuffle off and die. For Ford, in 20 years, the Mondeo would have gone because no one wants a S Class sized volume model. The Focus will be Mondeo sized and will be severely declining in sales. In the meantime, the Ka and Fiesta will be the volume sellers. They would have introduced something below the Ka to take its place.
GOJones78 14 January 2017

If you need a bigger car, buy the next size up!

I don't think that the human race is evolving so quickly as the life cycle of the average car. If it was deemed perfectly good enough at launch
View all comments (9)