BACK TO ALL NEWS
Currently reading: 2017 Vauxhall Meriva gets crossover influence
UP NEXT
Hot Hyundai Ioniq 5 N prepares for 2023 launch

These are the latest spy pictures of the replacement for the Vauxhall Meriva - and they show that the new car will move away from its pure MPV heritage and get conventional doors instead of the rear-hinged back doors of the existing model.

The new model - which is likely to drop the Meriva name - is expected to be revealed towards the end of this year ahead of first deliveries taking place in early 2017. It's the first car to come from Vauxhall's partnership with PSA Peugeot Citroën, announced in 2012, and will result in new models for both French manufacturers in the near future. 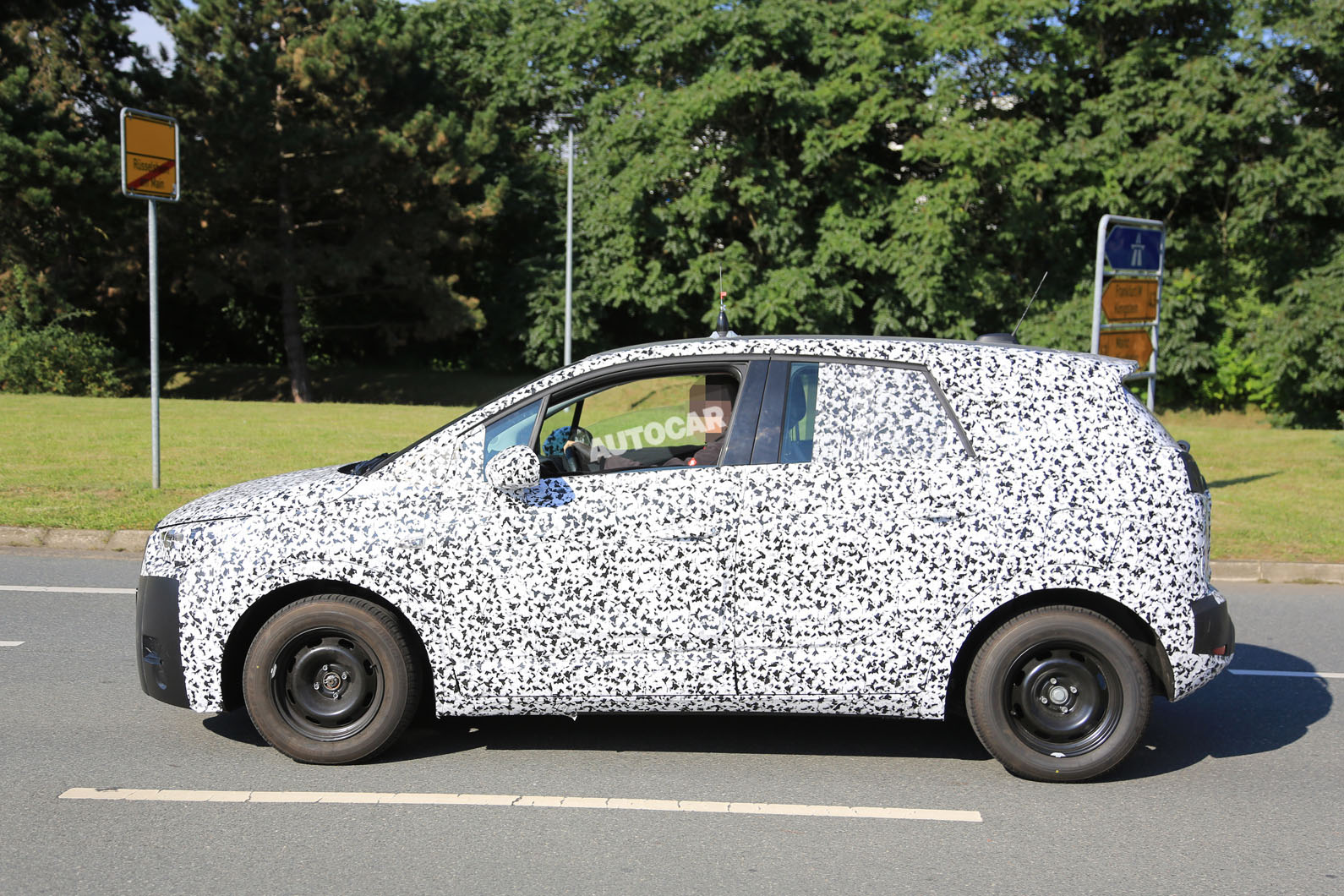 The existing Meriva promised greater ease of access from its rear-hinged back doors, but the continued presence of a B-pillar meant that the gains were modest - and the expensive, complex construction appears to have been abandoned for the next generation. Our spy photographer managed to capture an image with the rear door open - and it has a more conventional front-hinged design.

Sales of traditional MPVs continue to fall across Europe and Vauxhall appears to have taken the strategic decision to morph its entry-level MPV into a fresh new crossover. A similar move was taken by Renault with the revitalised Scenic taking on a more SUV-like shape rather than keeping its MPV proportions. Such a move will allow Renault to capitalise on the growing demand for small SUVs and crossovers in Europe.

The new Meriva is likely to benefit from shared engines with the Corsa and Astra. Although Vauxhall is yet to confirm it, sources say the brand could use PSA engines to power the Meriva as well as its own units. 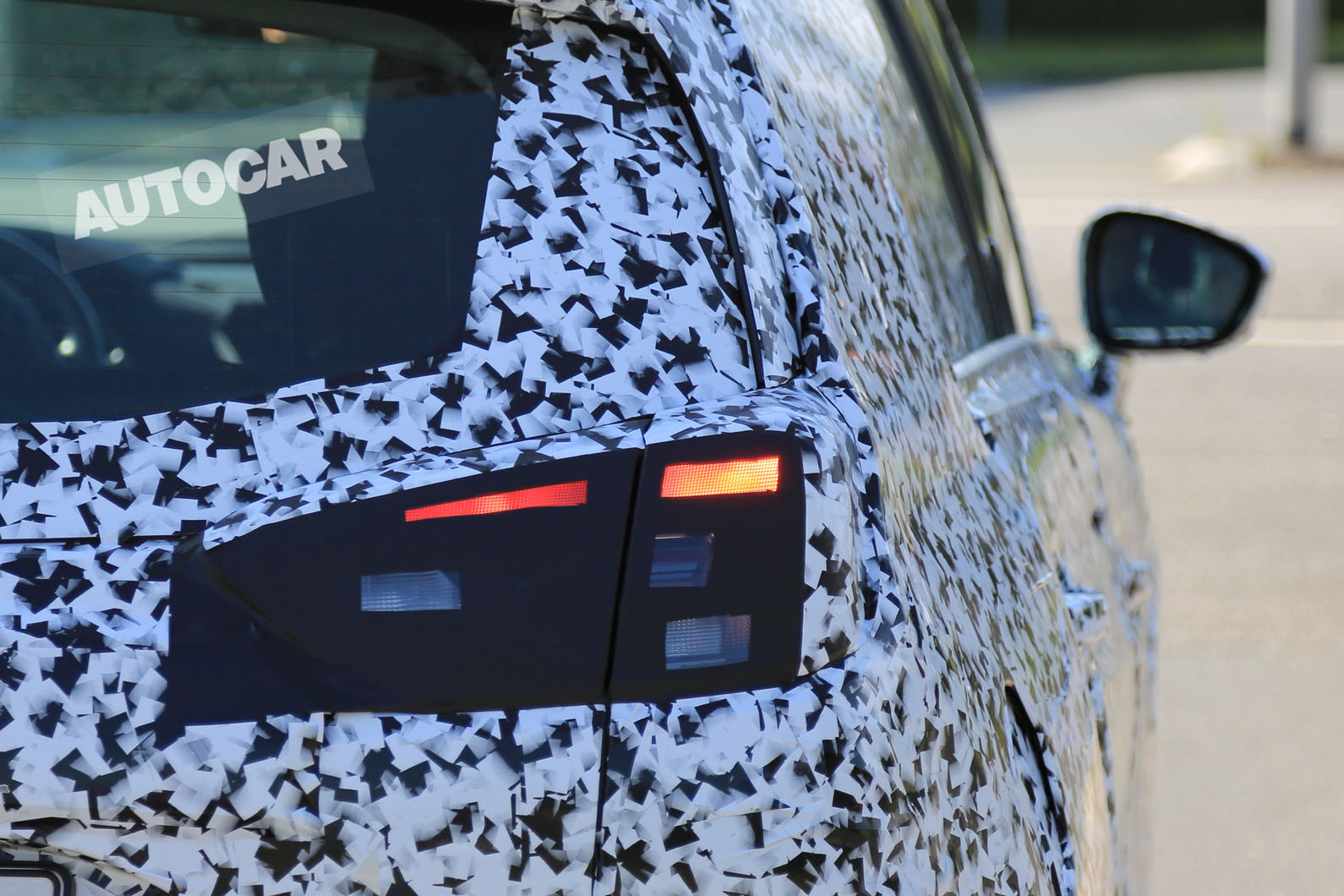 Vauxhall is likely to raise significantly the perceived quality of the cabin, with improvements to fit and finish, as it has in the new Corsa and Astra. The IntelliLink infotainment system is expected to be transferred from the Corsa and Astra and is likely to be standard on all but entry-level models. It features a 7.0in colour touchscreen located on the centre console between the driver and front passenger.

The Vauxhall Meriva, with its rear-hinged back doors, is a more mature car than before, but little more innovative

The Meriva won’t be the only new entrant into this growing market for long, as Ford grows its lineup in similar territories. Ford and Vauxhall will then take the fight for sales to Dacia, Fiat and Nissan, all of which are already established in the small crossover sector with the Dacia Duster, Fiat 500X and Nissan Juke respectively.

Hard to entirely understand why GM need to do this as a JV with PSA, when their other similarly sized cars are completely separate?
jmd67 28 January 2016

I have a Meriva and the doors

I have a Meriva and the doors are terrible. Very easy to get into the rear once your used to them but every passenger you get (and you get a lot of you have a young family) get totally confused. Also, and this is the real pain, when everyone tries to get in or out at the same time in a car park we always end up tripping over each other. You end up having to wait until the rear passengers are in before opening the front doors. Car doors as a problem were solved around the year 1895 there's no need to find another solution.
superstevie 28 January 2016

Shame they are getting rid of

Shame they are getting rid of the suicide doors. A friend has one, and she loves the doors
Lee23404 28 January 2016

My wife used to have a Meriva

My wife used to have a Meriva b. The suicide doors were great while getting the kids in the car while parked on the drive, but in was a different story in a tight car park because they needed to be opened wider than a conventional door to get access to the back.

Other than that it was a good car let down by poor build quality.

The doors are a disaster

Try this in a Meriva. Family of four go to the Asda car park and get out at the same time (as you do). In typical car park cramped conditions you can't close the doors as the people are in the way. Someone has to go back into the car while on person closes theirs. It looked great in the showroom but doesn't work at all in practice. They open too wide as well resulting in you closing the door by grabbing the door bin (which then cracks) as the handle is too far away. Rubbish.
View all comments (7)