Order books for VW's more practical and efficient Tiguan are open, with a plug-in hybrid version on the way
Open gallery
Close

The 2016 Volkswagen Tiguan is on sale in the UK priced from £22,510. It's shown here in R-Line form in our gallery, which includes exclusive studio pictures.

Read our review of the new Tiguan

Volkswagen is claiming the new Tiguan comes with much-improved interior space and fuel efficiency gains of up to 25%. The new model is 60mm longer, 30mm wider and 33mm lower than its predecessor - and its wheelbase is up by 77mm, to 2681mm.

VW claims rear-seat kneeroom is up by 29mm, thanks to a redesigned split-fold rear seat that offers up 180mm of longitudinal adjustment. The boot capacity is up, too - by 145 litres to 615 litres with the rear seats in place or 1655 litres with them folded down.

Read our full review of our first generation Volkswagen Tiguan

The core of the Tiguan’s engine line-up will be EU6-compliant diesel engines. There’s a 114bhp 1.6 and a trio of 2.0-litre units offering 148bhp, 178bhp and 217bhp. Certain markets will get a variety of 1.4-litre and 2.0-litre turbocharged petrols too, but the UK is unlikely to see more than a couple of these at most.

The lower-powered engines get front-wheel drive, while the more potent units have a four-wheel-drive system offering four driving modes. Gearbox choices include a standard six-speed manual and an optional six- or seven-speed dual-clutch transmission.

All four-wheel drive variants now have 200mm of ground clearance - an additional 11mm over the front-drive models. There’s also an optional Off-Road package that brings a reworked front bumper to increase the approach angle from 18.3 degrees to 25.6 degrees. Depending on the engine, the towing capacity extends to 2500kg. 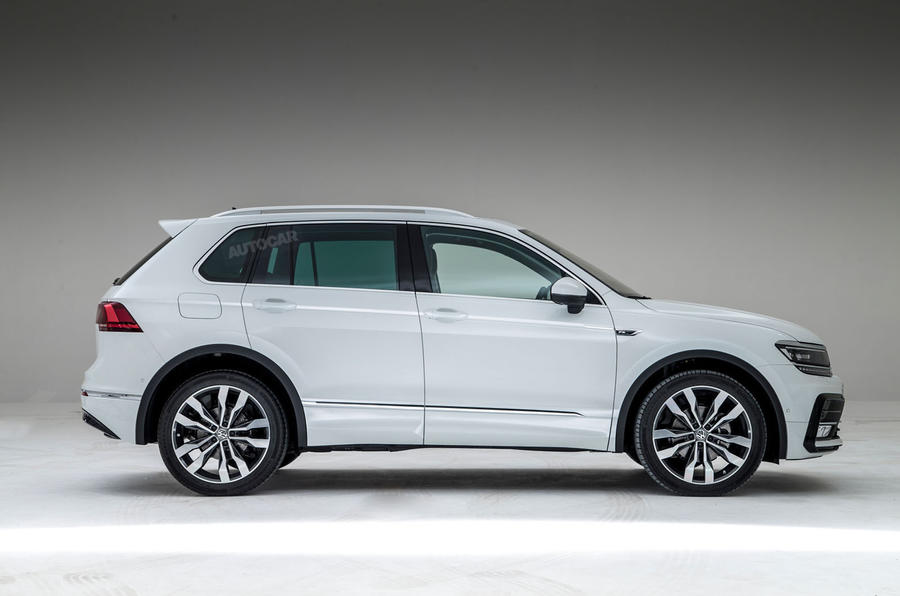 VW also previewed a Tiguan GTE plug-in petrol-electric hybrid at the Frankfurt show the car was first revealed at. It uses the same basic powertrain as the recently introduced Passat GTE, mixing a 154bhp 1.4-litre petrol engine with an electric motor for a combined output of 215bhp. It has a range of 575 miles.

Together, they provide the most economical of the new Tiguan models with combined consumption of 149mpg and CO2 emissions of 42g/km - and it can also travel for more than 30 miles in pure electric mode. 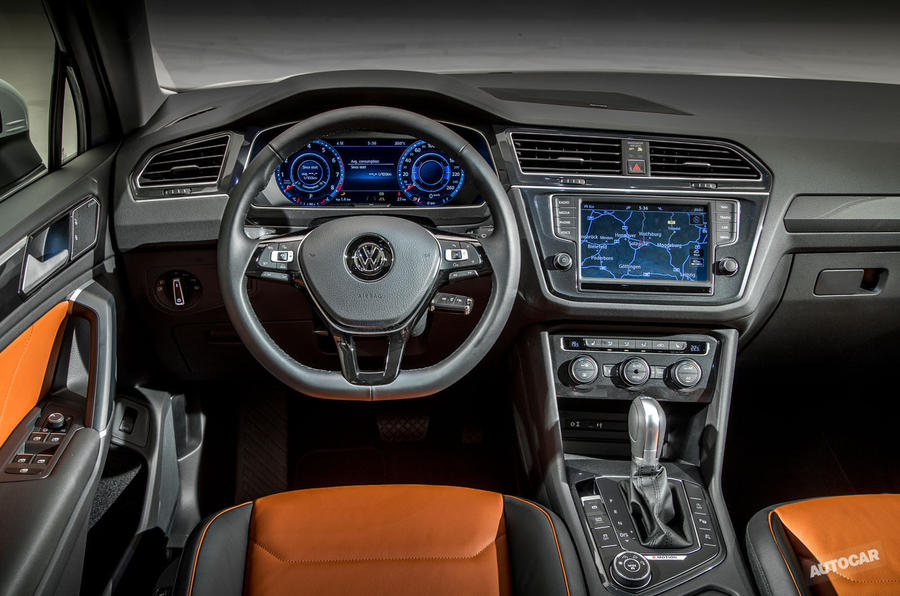