BACK TO ALL NEWS
Currently reading: 2016 Chevrolet Camaro Z/28 crashes at the Nürburgring
UP NEXT
2024 BMW X3 primed to take on Mercedes-Benz GLC

A 2017 Chevrolet Z/28 development car has been filmed crashing into the barriers at the Nürburgring during testing.

The model is set to arrive as a lighter, harder version of the Camaro ZL1, and has been testing in prototype form for several months. This crash could be a slight setback to ongoing development plans, but it isn’t expected to have any impact on the model’s arrival, which insiders say will come later this year.

Read about our first drive in a 2016 prototype Camaro here

No official details have been released about the new car, but insiders say the new Z/28 will follow the form of its predecessors and be powered by the same engine as the second hottest Camaro, the ZL1.

That engine is Chevrolet’s LT4 small-block V8, which can produce up to 650bhp. The new Camaro should therefore improve on the old Z/28’s 0-60mph time of 4.0sec. 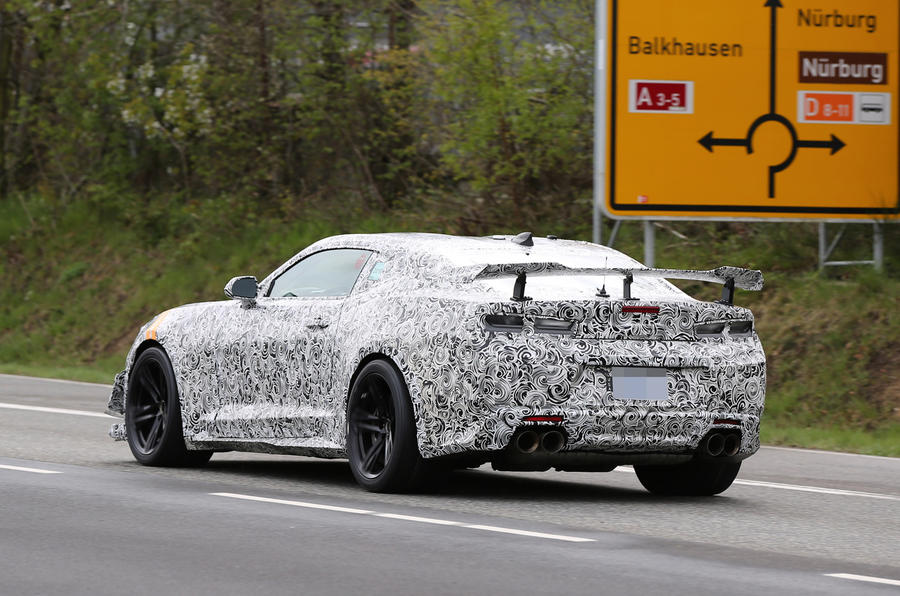 The Camaro Z/28 will be available with GM's active damping tech and Magnetic Ride Control. Our latest spy photographs also show that it has a fixed rear wing and winglets on the front bumper, emphasising its track focus.

A lexus LFA crashed there

A lexus LFA crashed there once,d driven by a pro race driver. The outcome for the driver in that case was not pleasant, so I am not laughing, but either way the end product was still a fine handling, very quick car according to most journalists. And how many hours of youtube videoa are there for crashes the ring including expensive GT3 Porsches, Ferraris and the premium European brands. Accidents happen there - let's nopt be too hasty to bash the US just because of one crash at a race track. One can't help think this is just an excuse to ridicule the yanks and claim us europeans to be so superior.
230SL 13 May 2016

You're not very well up on the latest Camaro are you? Look at Motortrend.com and see what they think of the latest one against a BMW.
View all comments (10)