BACK TO ALL NEWS
Currently reading: 2016 Audi TT RS guns for Porsche Cayman S with £51,800 starting price
UP NEXT
Fisker goes radical with Pear EV SUV

The TT RS is the first recipient of Audi’s new turbocharged 2.5-litre five-cylinder petrol engine, which has an aluminium block instead of the current motor’s steel block. Using the aluminium block helps to shave 10kg off new TT RS's overall weight compared with its predecessor in fixed-roof form.

The new engine will pack a 395bhp punch and have a claimed 0-62mph time of 3.7sec. This is 0.4sec quicker than the old TT RS Plus with a dual-clutch gearbox and 0.5sec inside the time Porsche quotes for the new 345bhp turbocharged 2.5-litre four-cylinder powered Cayman S. 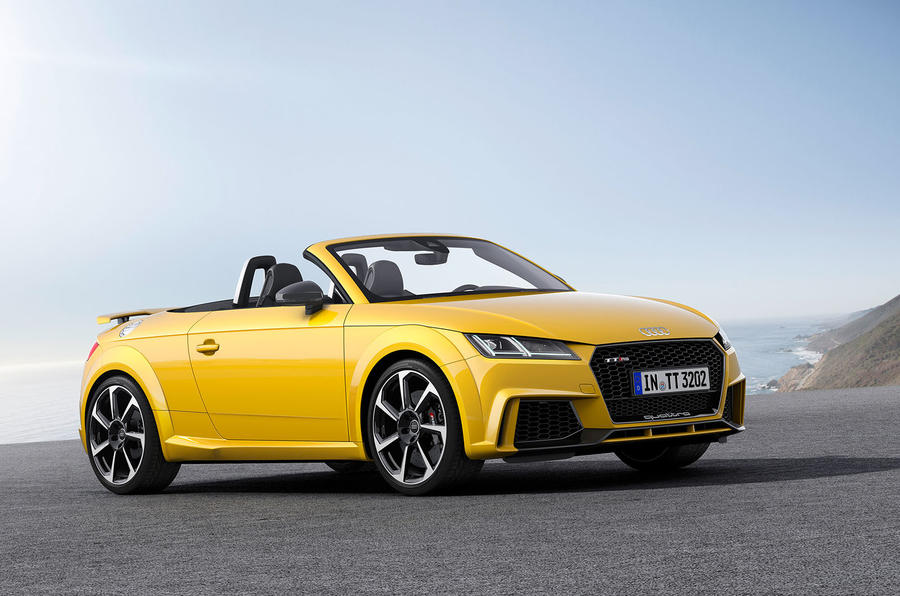 With an added 90kg, the Roadster’s 0-62mph time is a claimed 3.9sec, which is 0.3sec quicker than the previous model. Top speed for both new TT RS models is limited to 155mph, although it can be raised to 174mph.

Peak torque is 354lb ft between 1700 and an uncharacteristically high 5850rpm, 11lb ft more than the old model. 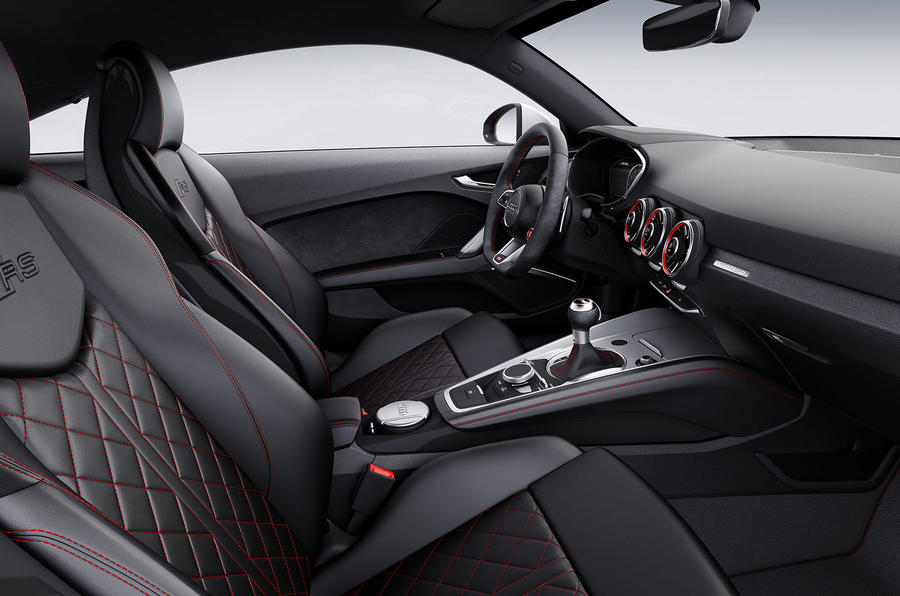 The Audi TT RS is a car of highs and lows. The engine is wonderful and the Quattro’s hallmarks are all there to see. It just lacks the finesse of the Cayman.

The new TT RS rides on a chassis lowered by 10mm over the standard TT. Further changes include stiffer springs and dampers and standard 19in alloy wheels, ceramic brakes will be a pricey optional extra, costing around £4000.

This marks the first time a series production Audi has been fitted with OLED lights - we can expect more models to benefit from the tech from here on.

Audi only expects to sell around 50 models in the UK this year, with the Roadster variant accounting for around a third of that number.

Reading a magazine is one thing, feeling the weight and the prescision of the controls etc is another, given the choice i'd take the porsche every single time as audi are barely able top make a decent saloon let alone a sports car
275not599 12 September 2016

Wild guess: the Porsche will

Wild guess: the Porsche will win the comparison test by a comfortable margin, the Audi will be bought by people who think sporty driving means flooring the throttle occasionally, but only on straights. Not saying there is anything wrong with the latter; they will be very happy with their purchase and they will probably have fewer accidents.
Oracle 12 September 2016

Couldn't agree more with BertoniBertone. I feel Porsche seriously shot themselves in the foot when they downsized (especially their top models). If they had started the model with 4 cylinder cars it would have been OK.
Whilst I understand the majority of buyers would probably be happy (hence the popularity of the PDK gearbox) surely the brand image is excitement and not terms like 'specific output'
and 'engine efficiency'.

Come on Porsche get your act together !