BACK TO ALL NEWS
Currently reading: New Porsche 718 Cayman: specifications and official video
UP NEXT
Spending 48 hours touring in a Ferrari Roma

Porsche has released a video of its new 718 Cayman, which made its world debut at the Beijing motor show over the weekend.

The two-seat coupé follows the recent unveiling of its mechanically identical soft-top sibling, the 718 Boxster, and benefits from many of the mid-life modifications brought to that car, including a newly developed 2.0-litre turbocharged four-cylinder engine in place of the existing model’s naturally aspirated six-cylinder unit.

Read our review of the new Porsche 718 Cayman S here

Read our review of the Porsche Cayman here

Along the flanks, the air duct used to feed air to the engine has been reshaped for increased cooling efficiency and the sills have been made more prominent. 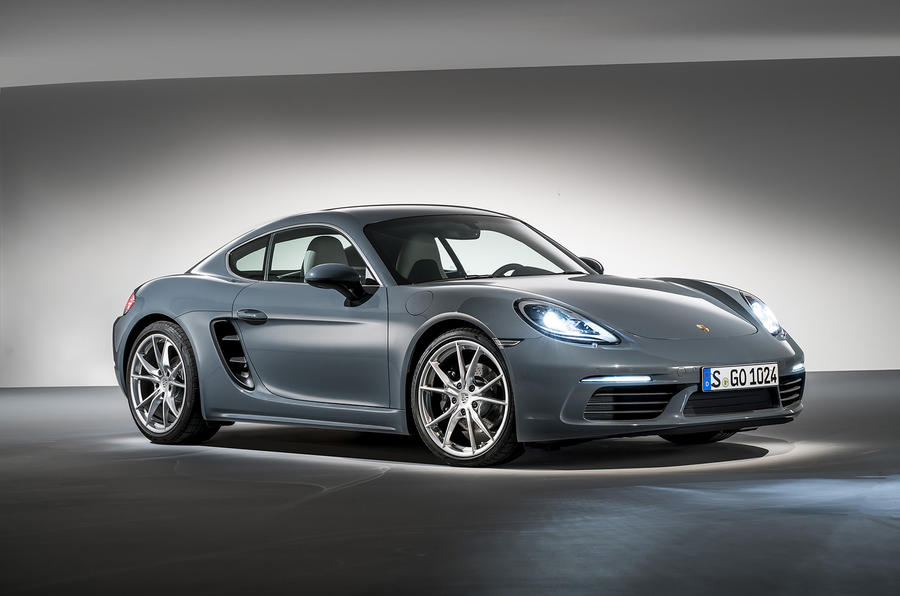 At the rear, the mid-engined Porsche adopts new tail-lights, a horizontal accent strip housing a Porsche badge and a redesigned bumper with an altered diffuser element and new tailpipes. The 718 Cayman receives a central trapezoidal design, while the 718 Cayman S features double round units.

Inside, a revised dashboard, a 918 Spyder-inspired steering wheel and the Porsche Communication Management system feature. A list of options includes a module supporting an interface for Apple CarPlay and Porsche Car Connect.

The 718 Cayman line-up is powered by the same pair of turbocharged four-cylinder engines recently introduced with the 718 Boxster. 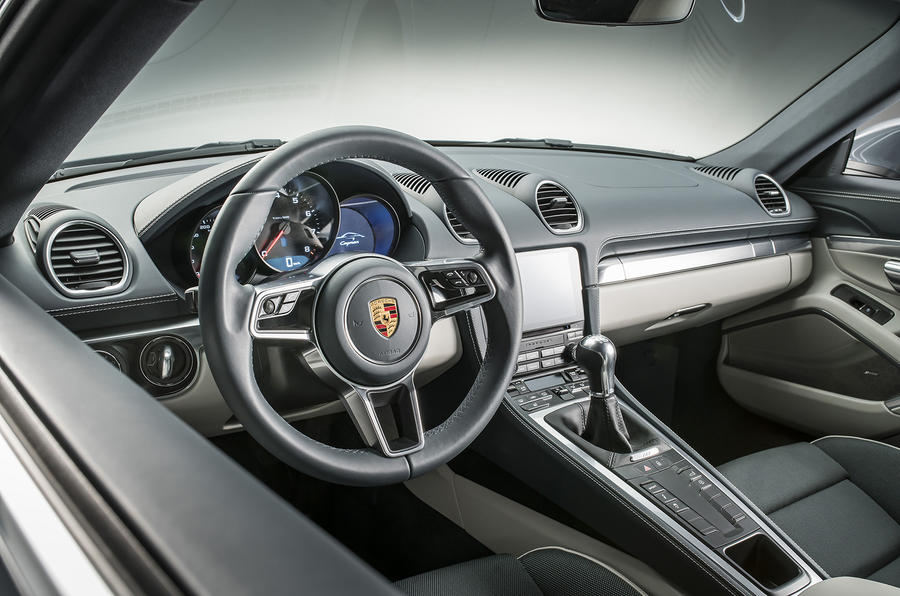 In 2.0-litre guise, the base horizontally opposed unit provides the 718 Cayman with 296bhp, along with 280lb ft between 1950rpm and 4500rpm. This represents a 25bhp increase in power and a full 66lb ft more than the naturally aspirated 2.7-litre flat six engine it replaces.

The larger 2.5-litre engine in the 718 Cayman S uses a variable-vane turbo to help it make 345bhp and 310lb ft, 25bhp and 37lb ft more than the naturally aspirated 3.4-litre flat six it supplants.

When fitted with the optional PDK gearbox and Sport Chrono package, the 718 Cayman can hit 62mph from rest in a claimed 4.7sec and reach a top speed of 170mph, improvements of 0.7sec and 7mph on today’s model. The 718 Cayman S has a claimed 0-62mph time of 4.2sec and a 177mph top speed - 0.5sec and 2mph faster than its six-cylinder predecessor. 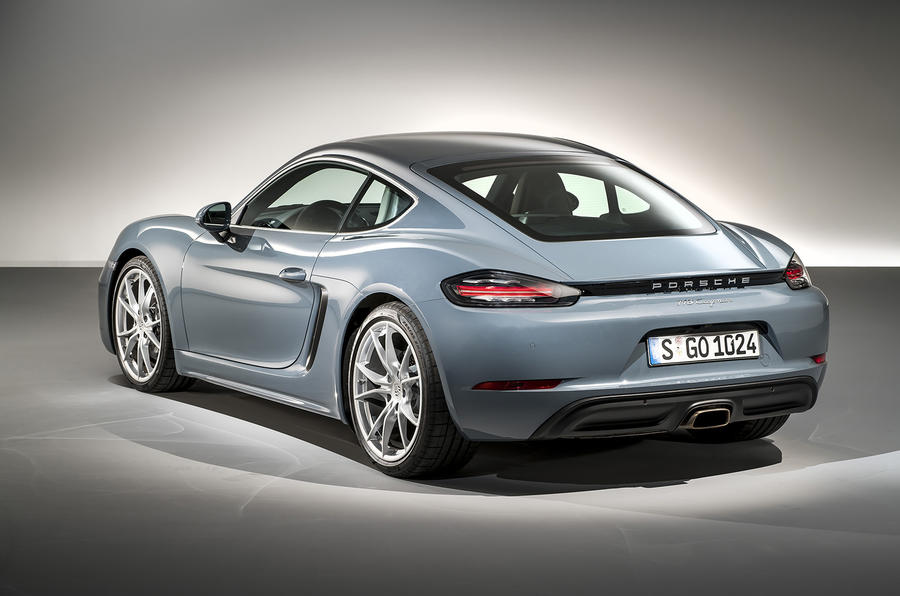 Accompanying the lift in performance is a revised brake system with 330mm-diameter discs up front and 299mm discs at the rear, with those on the 718 Cayman S mated to four-piston calipers.

Alterations to the chassis of the 718 Cayman, including the adoption of firmer springs, retuned dampers, larger-diameter anti-roll bars, wider rear tyres and more direct steering, are said tohave brought improvements in handling.

Among the options available for the chassis is Porsche Active Suspension Management, which brings a nominal 10mm reduction in ride height on the 718 Cayman and a 20mm reduction on 718 Cayman S, which features a standard sport suspension set-up.

The Sport Chrono Package now includes a rotary dial on the steering wheel to alter the driving modes between Normal, Sport, Sport Plus and Individual.

I like the Cayman, and the new blue looks great. I'd rather have a Cayman plus either a V70 or Golf R estate than anything else that's available for under £150,000.
NoPasaran 26 April 2016

Maybe I am partial...

...yes, Porsche produced cars with 4-cyl engines but was it considered the luxury brand the way it is no? Sorry, 4-cyl turbo is not my idea of luxury. Therefore I bought 6-cyl boxster a couple of weeks ago.
david RS 26 April 2016