BACK TO ALL NEWS
Currently reading: Two Ginetta LMP1 cars confirmed for 2018 WEC and Le Mans
UP NEXT
Fisker goes radical with Pear EV SUV

Ginetta has taken orders for three examples of its LMP1 (Le Mans Prototype 1) racing model from a privateer team, which will enter two of them into the 2018 World Endurance Championship (WEC), including the 24 Hours of Le Mans.

The yet-to-be-revealed customer will keep the third car as a spare. It also plans to enter the 2019 WEC and Le Mans race with the models.

Ginetta chairman Lawrence Tomlinson said of the sales: “This is a big step forward for the programme, and will be great news too for the FIA WEC and the ACO who have placed a lot of faith in their new LMP1 regulations.

New Ginetta Le Mans car has been revealed. Click here for the story

"For now, you’ll have to wait for our customer to make its own announcement on this programme. The signs are that it will soon be joined by more Ginetta customers in the top LMP1 class and that a car conceived in our Yorkshire factory will soon be contesting overall wins in the WEC, including at the world’s biggest race, the 24 Hours of Le Mans.”

Ginetta has plans to sell three more cars before the 2018 Le Mans race, with the Leeds-based company's commercial director, Nick Portlock, having told Autocar that the firm was in discussions with three customer teams including Manor. 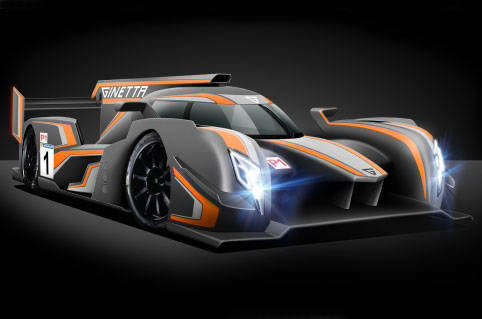 “The contract with Manor is in its final stages, so we should hopefully be confirming that soon,” he said in March, “but we’re also looking at working with more customer teams.”

Portlock refrained from mentioning names, but Ginetta LMP3 customers ARC Bratislava and PRT Racing are probable candidates to run the British firm’s most advanced machine yet, which will sit above the G57-P2 (pictured below) in its line-up.

“We have a top design team with experience from Le Mans and Formula 1 working on the new car,” Portlock said. “We’re using a Formula 1 wind tunnel for development, although I can’t confirm which team’s yet. And Paolo Catone [who designed the 2009 Le Mans-winning Peugeot 908 HDi FAP] is having a big impact.”

Ginetta’s new Le Mans prototype will use an engine supplied by French firm Mecachrome. The unit will share some technical parts with the V8 Mecachrome produces for Formula 2, but Ginetta is yet to confirm exact specifications. An output of around 800bhp is expected.

The engine was tested on a dyno in the spring and the car has undergone testing more recently. “It’s a really exciting time to be at Ginetta,” said Portlock. “You come into the office one day and see the drawings and then another day you see the new parts for the car.” 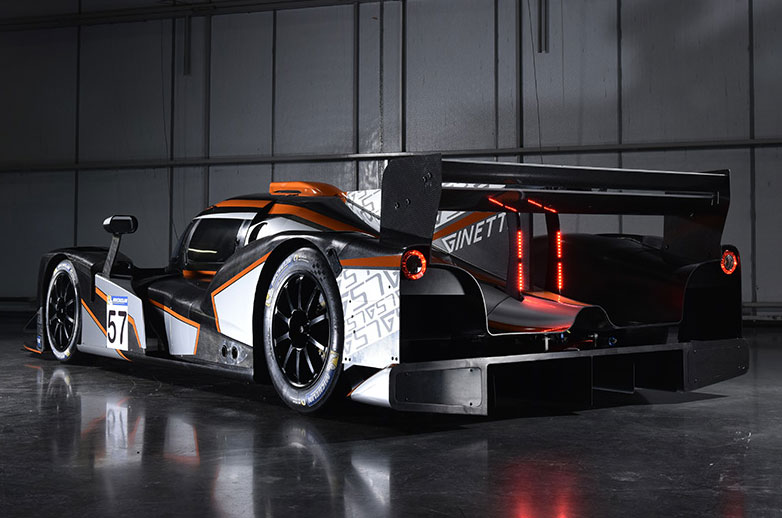 Ginetta’s factory racing drivers are directly involved in finalising the car’s set-up. Mike Simpson and Charlie Robertson, who have extensive experience racing and winning with the G57-P2 prototype in Europe’s V de V series, and 17-year-old Ginetta Young Driver Programme graduate Jordan Sanders, are all expected to have significant input.

“The LMP1 car could effectively be the fastest customer car on sale in the world,” said 20-year-old Robertson, who has worked his way through Ginetta’s ranks to race in its most senior team.

The company’s Le Mans ambitions come as part of a wider growth plan being championed by Tomlinson that could lead to the company fielding more cars in racing series around the world. Portlock suggested championships that require cars to be based on road legal models could spur Ginetta to expand its production car line-up beyond that of the Ginetta G40, which could mean reviving cancelled plans to sell the G50 in roadgoing form.

“In the future, you might see more cars that have a road derivative, but that’s purely so that you can have them homologated for racing,” he explained. “Our aspirations are to make Ginetta as successful a business as possible. We’re a British manufacturer based in Yorkshire that wants to take on the world.”

Ride on board the G57-P2 below