Less than 12 months after breaking ground, the £1.65 million Jim Clark Motorsport Museum in the Scottish Borders town of Duns is finished, and we’ve been treated to an advance look ahead of tomorrow’s public opening.

It replaces the diminutive Jim Clark Room – essentially a trophy room that first opened a year after Clark’s passing in a Formula 2 race at Hockenheim in 1968. The new museum incorporates the site of its predecessor, but at 270sqm in total has around five times the floor space.

This greatly expanded area allows the enormous cache of trophies to be joined by entirely new exhibits, including two cars that will be periodically rotated on loan. The first pairing is a 1963 Lotus 25 F1 car and a 1964 Ford Cortina Lotus. 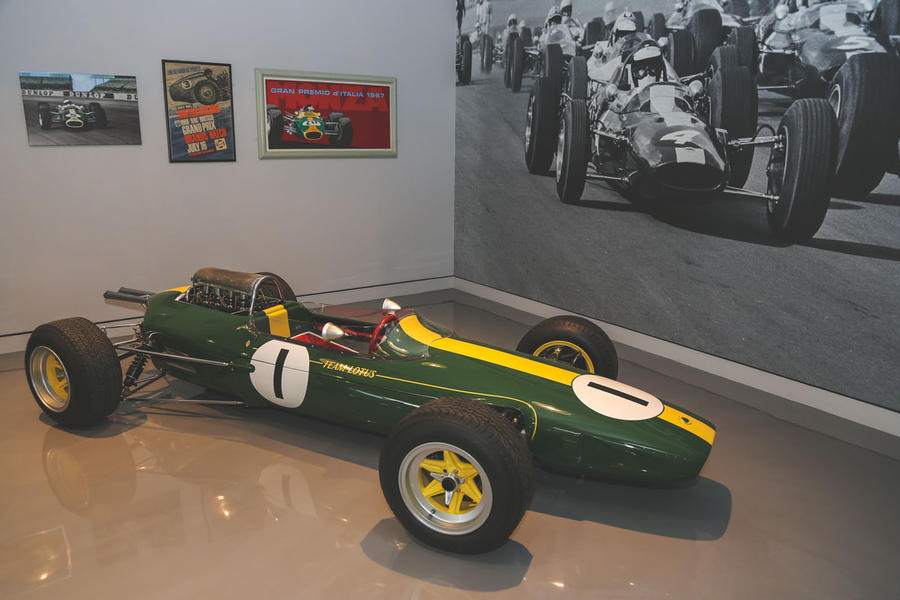 The 25 – powered by a 1.5-litre Coventry Climax V8 – is chassis R6, which Clark drove in 10 grands prix across the 1963, 1964 and 1965 seasons, including victories at the Dutch, Belgian and British races in 1964 and at the French round during his 1965 championship year. It has been loaned by the Tinguely art museum in Basel, Switzerland.

It's joined by the twin-cam Cortina in which Clark won his class in every race of the 1964 British Saloon Car Championship, precursor to the BTCC. It's now owned by fellow Scot, Indy 500 winner and four-time Indycar champion Dario Franchitti, who drove the car to Duns last week in person – as testified by the patina of midges on its nose.

“I’m very proud it's featuring in the museum, where other people will get to see it and enjoy it,” said Franchitti. 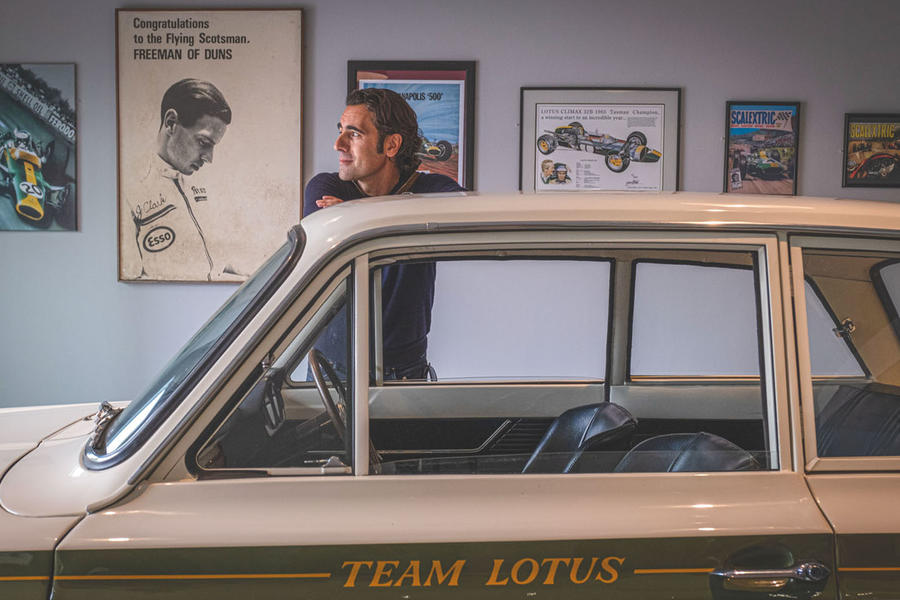 The cars are displayed under a vaulted ceiling in a restored coach house that architect Ray Cherry intended to echo a racing garage. It's linked to the Georgian building that housed the Jim Clark Room by a new glazed structure.

Beyond the car display area, there are three distinct sections to the museum. The first tells Clark’s life story from his birth at Kilmany in Fife in 1936, his subsequent childhood move to Edington Mains and then how he came to lead parallel lives as both a world-famous racing driver and a farmer.

An agricultural branding iron marked 'JC' sits alongside a timing board from his early days representing the small but successful Border Reivers team that set him on his way. Just across from them, a pair of surprisingly modest silver beakers engraved with the script 'FIA Champion du Monde des Conducteurs' signify the two F1 titles that followed.

Other displays illustrate Clark’s mild-mannered personality away from the track, the legacy his character helped to forge and the increased attention to driver safety prompted by his death, while a screening area shows a trio of documentaries including archive race footage. 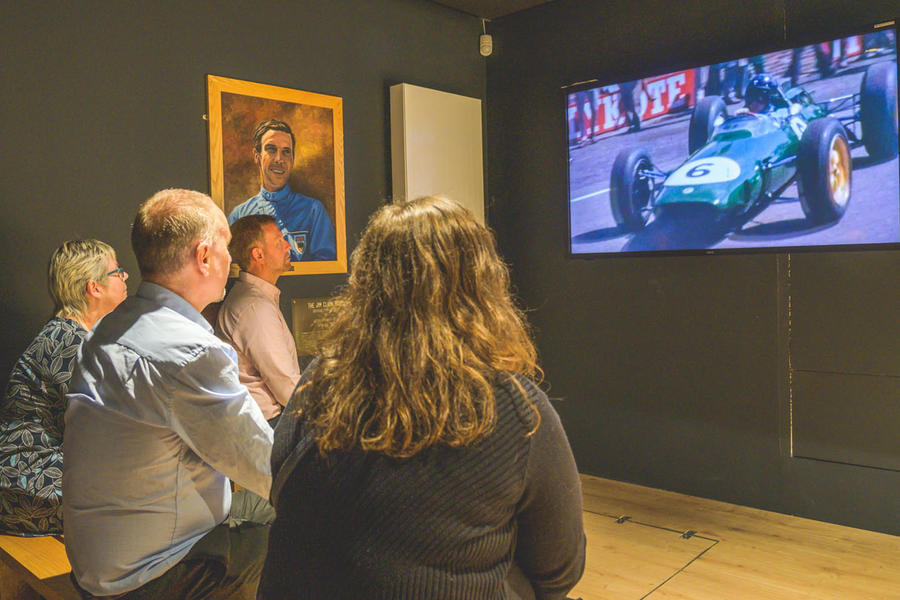 Next is the trophy room, which packs in 135 pieces ranging from 1956’s local club racing successes in the likes of a DKW Sonderklasse and Sunbeam Mk3 to globe-spanning seasons driving saloons, sports cars, single-seaters and everything in between. The replica Borg-Warner Trophy is foremost among the abundance of prizes that mark Clark's 1965 triumph at Indianapolis.

The museum is highly interactive: tablets in the trophy room tell the story behind each item, allowing visitors to explore detailed text, photos and archive video not only about the event itself but also the likes of the venue, car and championship in question.

Further attractions include a driving simulator in Lotus 49-inspired bodywork and a display that explores the workings of Team Lotus with audio commentary by key figures of the day. 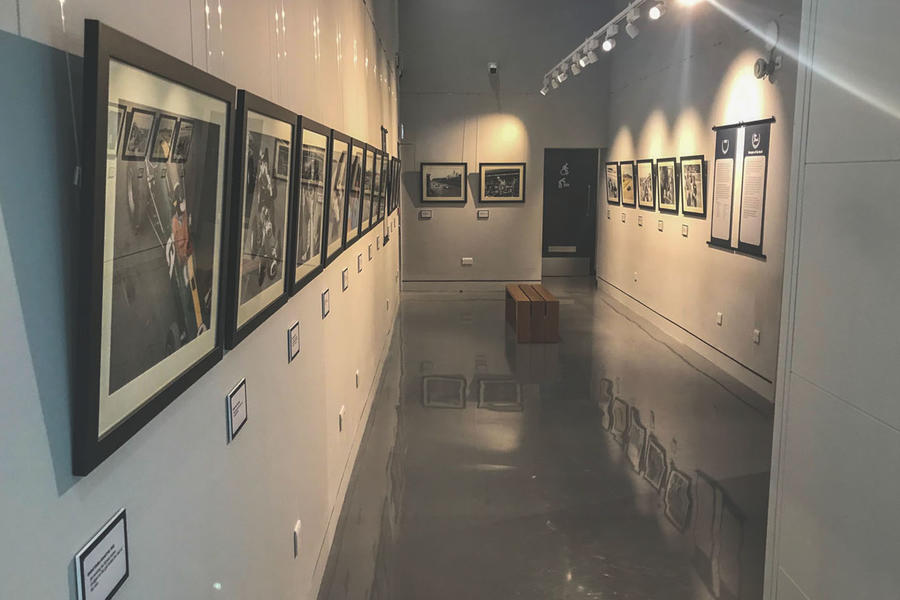 The preview event was held for family and friends of Clark, including his sister Isobel Henderson and the man who got him started in motorsport, Ian Scott-Watson, who said: “It’s a very well-designed museum. It’s designed as a tourist attraction to educate people about Jimmy; I think it will do that well.”

At the event, local councillor Mark Rowley enthused: “This is an entirely new proposition to what was here previously. I hope it’s going to draw people from around the world to explore Jim’s legacy and to explore the roads he drove. It’s packed full of fantastic exhibits.”

Clark’s cousin Doug Niven, an experienced racer and trustee of The Jim Clark Trust, added: “Jim was a very humble person and would be astonished to see this museum honouring him. But I think he would be extremely proud that it sits here in Berwickshire, at the heart of the community that embraced him and still feels such a connection to him to this day.” 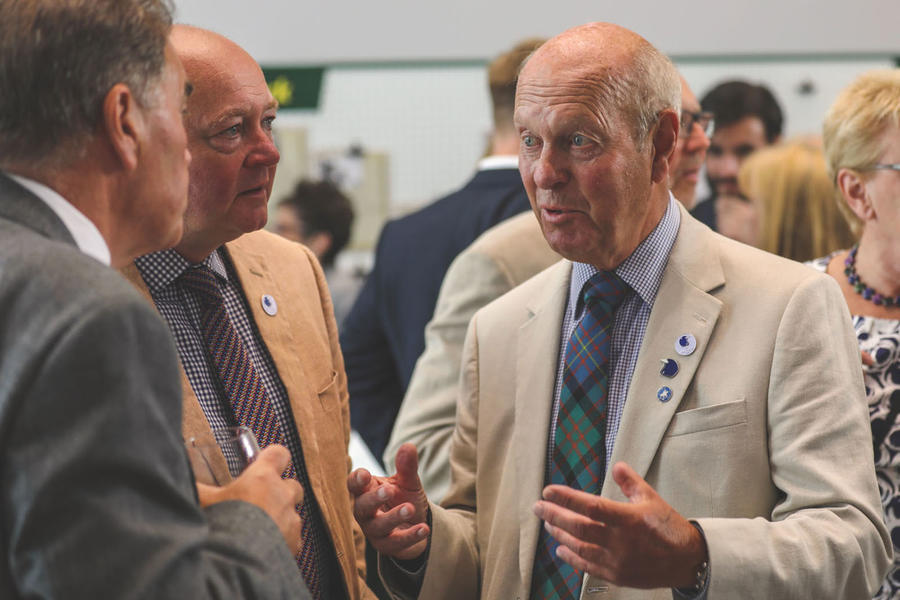 The Jim Clark Motorsport Museum will open weekly, Thursday to Tuesday, and entry costs £5 per adult and £3 per child aged 5-16, with discounted family tickets and private group bookings available. For details and tickets visit liveborders.org.uk.

The new museum has been delivered by Scottish Borders Council in partnership with charity Live Borders, The Jim Clark Trust and the Jim Clark Memorial Room Trust.

I remember first reading a mention of Jim Clark in 1986 when Steve Cropley, in another job, wrote how he tried to find the statue to him and how, had Jim lived, they likely would have met by then.  It piqued my curiosity and I searched to find more information, quickly becoming a fan myself.  I defintely want to pay a visit to the museum and hope that Steve gets a chance soon as well. Perhaps even shoot off a quick dispatch as to his thoughts of it.