BACK TO ALL NEWS
Currently reading: Official: Australian GP cancelled due to coronavirus
UP NEXT
Fisker goes radical with Pear EV SUV

The Australian Grand Prix has been cancelled by Formula 1 bosses just hours before practice was due to begin on Friday, following McLaren's withdrawal from the race due to one of its team members testing positive for coronavirus.

The decision by Formula 1 and the FIA, motorsport's governing body, was announced on Friday morning in Australia, with fans already queueing for admission to the street circuit in Albert Park, Melbourne. It was made after discussions between F1 bosses, the FIA, Australian Grand Prix organisers and the ten teams over whether the event should proceed.

"We appreciate this is very disappointing news for the thousands of fans due to attend the race and all ticket holders will receive a full refund and a further announcement will be communicated in due course."

The statement thanked the race organisers and staff and volunteers due to work at the end, but added that all parties involved in the decision "concluded that the safety of all members of the Formula 1 family and the wider community, as well as the fairness of the competition take priority."

The last-minute decision put to an end highly unusual scenes in the paddock, with some of the teams attempting to pack up while race organisers reportedly pressed on with plans for the event to run. Reports suggest that at least two drivers had already left the country, having decided not to race.

McLaren announced on Thursday that it would withdraw from the event after one of its team members tested positive for the coronavirus, which heightened existing controvery that the event was still going ahead despite concerns about the spread of the Covid-19 virus.

In a statement, McLaren said: “The team member was tested and self-isolated as soon as they started to show symptoms and will now be treated by local healthcare authorities.

“The team has prepared for this eventuality and has ongoing support in place for its employee, who will now enter a period of quarantine. The team is co-operating with the relevant local authorities to assist their investigations and analysis.

“The decision [to withdraw from the race] has been taken based on a duty of care not only to McLaren F1 employees and partners, but also to the team’s competitors, Formula 1 fans and wider F1 stakeholders.”

Following McLaren's announcement, Australian Grand Prix corporation boss Andrew Westacott said the event was in talks with F1 and Australian health officials about the "broader implications" of the diagnosis. It is understood local officials suggested the event could only run if spectators were not allowed entry, the idea of which race organisers had previously rejected.

In the lead-up to the event, organisers put a number of measures in place, including scrapping autograph sessions with the drivers. 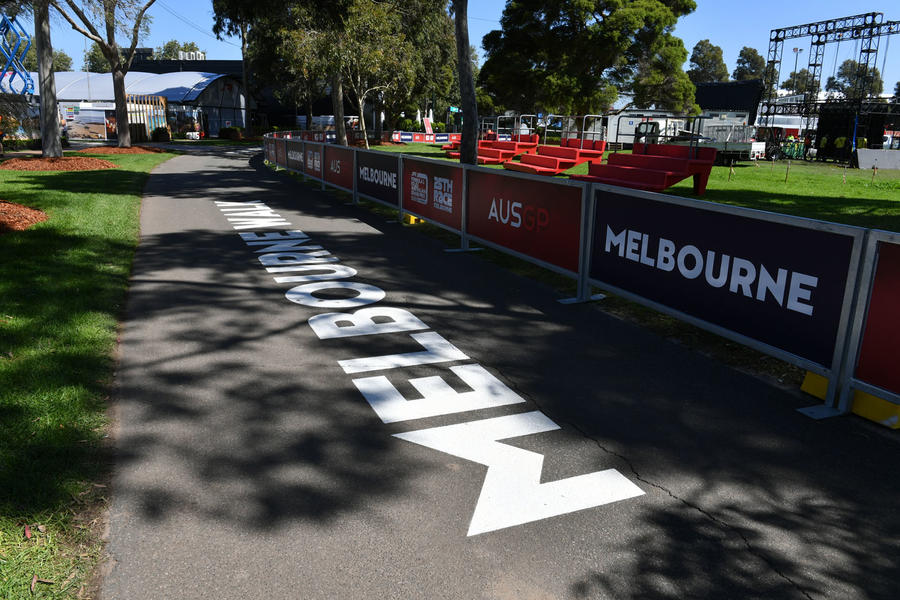 The initial decision to go ahead with the race was criticised by reigning champion Lewis Hamilton. During a media session on Thursday he told reporters that he was “very, very surprised that we are here”. He added: “It's great that we have races, but for me it's shocking that we're all sitting in this room. So many fans are here already and it seems like the rest of the world is reacting, probably a little bit late.”

When asked why he felt the race was continuing at that point, Hamilton added: “Cash is king, but honestly I don’t know.”

Ferrari driver Sebastian Vettel, speaking before McLaren’s announcement, had suggested that the drivers could refuse to race if there were further concerns.

The Bahrain Grand Prix, the second race on the calendar, is due to be staged on 22 March without fans in attendance in an attempt to limit the spread of the coronavirus. However, with Bahrain introducing further travel restrictions and the positive test of a paddock employee the viability of that event is now in question.

The new Vietnam Grand Prix is due to be the third race of the season on 5 April, but it seems unlikely to go ahead due to limitations on large gatherings introduced by the government there, with F1 bosses reportedly flying to the country to engage in talks.  The Chinese GP, due to follow that event in April, has already been postponed. Following that, the new Dutch Grand Prix is scheduled for 3 May, followed by the Spanish GP on 10 May.

How coronavirus is affecting other motorsport

Formula E recently suspended its season for two months after a number of events, including races in Italy and Indonesia, were postponed due to limits on public gatherings by the governments of those countries.

MotoGP has already had to radically rework its calendar several times following the postponement of several early-season races.

The next round of the FIA World Endurance Championship, due to take place at Sebring in Florida on 20 March, has now been cancelled following the US government’s announcement of a travel ban covering most of Europe (but excluding the UK). The American IMSA sportscar championship followed up by canning its Sebring race that was due to the day after the WEC round.

This Sunday's IndyCar Series season-opener in St Petersburg, Florida, will go ahead as scheduled, although the temporary street circuit will be closed to spectators and "limited to essential personnel only." While that event will run, the long-running event in Long Beach Grand Prix in April will not go ahead after officials of the California city cancelled all large-scale events until the end of April.

The American Nascar stock car championship is planning to run its events at Atlanta Motor Speedway this weekend and Homestead-Miami Speedway on 22 March, although both events will be closed to spectators. It is reviewing plans for subsequent events.

just saying remember so far that all of the poor souls that have lost their lives to this virus, have had underlying health problems and age of course as far as I know younger people have survived and unlucky to catch it. It does show that global travel these things spread so quickly.

This is not just F1

or MotoGP, or socker, these are just consequences of a COMPLETE reset of the whole global system. We go into new age now, everything will change going forward. As the corona situation gets worse by day (and it will get worse by day) there will be draconian measures everywhere. The good times are over, we had what 60-70 years of relative freedom and peace, now it is over. We will witness huge changes on global scale.

Its been called off now

Its been called off now