BACK TO ALL NEWS
Currently reading: Why M-Sport is hyped for WRC to go hybrid
UP NEXT
Ford Kuga drops diesel option due to falling sales

Why M-Sport is hyped for WRC to go hybrid

Malcolm Wilson has been there, seen it and done it all in a rally career spanning more than 40 years. This is a man who rallied through the fabled Group B era, has represented Ford in the World Rally Championship in one shape or form through three decades and experienced the buzz (and stress) of running both Colin McRae and Carlos Sainz in the same team.

So what does he really think about his sport’s embrace of hybrid technology from 2022? Wilson is hard to impress. He is from Cumbria, after all. Has it genuinely, honestly got his juices flowing?

“Honestly, yeah,” he replies with a smile. “After I went to spectate up in our forest during testing, I was excited, absolutely. There’s no question that it’s rallying’s biggest revolution… probably even bigger than the Group B era.”

At the recent Goodwood Festival of Speed, Wilson’s M-Sport team and Ford revealed the new Puma Rally1 that will compete in the new-look WRC next year. The compact crossover, which will replace the Fiesta supermini, popped and banged its way up the hillclimb with the best of them, offering an all too familiar and well-loved soundtrack. When Formula 1 turned full hybrid in 2014, the complaints drowned out the feeble sound of the turbocharged 1.6-litre V6s, but it should be a different story on the WRC’s special stages.

“It’s a sensible step for rallying, because everyone knows how difficult it is to accept change, and we don’t want to lose the noise and atmosphere,” says M-Sport team principal Richard Millener. “We’re reflecting the cars that are currently out there in showrooms and on the road. It’s an exciting opportunity for us.” 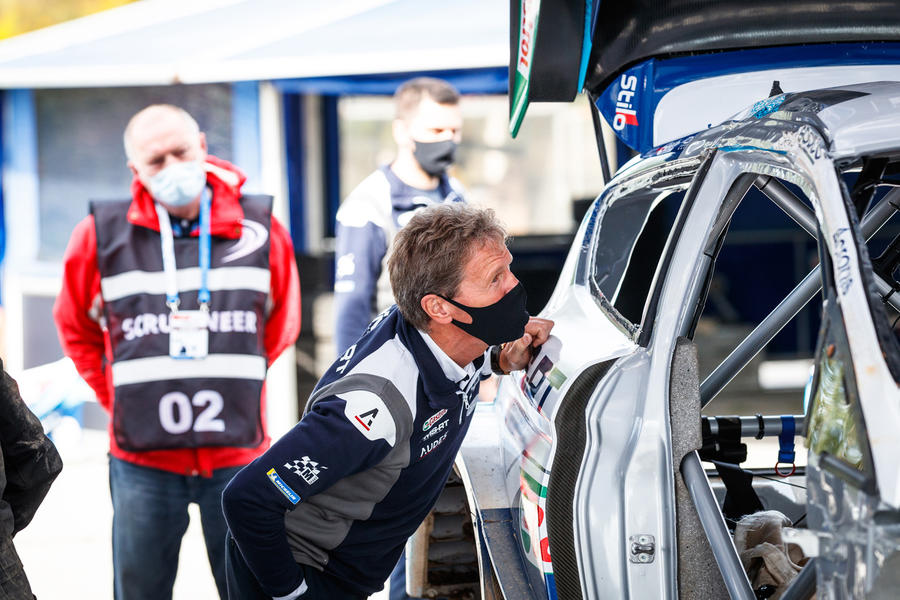 Given the way of the world, it’s beyond time that rallying embraced hybrid technology, if nothing else to ensure that the WRC’s three manufacturers (Ford, Hyundai and Toyota) remain committed while giving others on the outside a reason to consider diving in.

Mark Rushbrook, global director of Ford Performance, came over from the US to witness the Puma Rally1’s debut. “Knowing about the electrification we have coming on all of our road cars, with mild hybrids, plug-in hybrids and fully electric vehicles, we’ve wanted to compete somewhere with electrification,” he says. “Looking at the different [motorsport] series that exist with hybrid or fully electric [cars] and what are still to come, we were really happy with what the FIA and WRC put together as the new car for 2022. And as we’ve always partnered with M-Sport in the rally world, we wanted to continue that relationship, with an opportunity to do a new car with new rules.”

Those new rules, called Rally1, focus on cost management and sustainability as well as hybrid tech. The fundamental requirement “to look and sound assertive” remains, according to the FIA, as does four-wheel drive and a version of the current 1.6-litre four-cylinder turbo petrol engines, but with a concerted effort to reduce the complexity and cost compared with the current World Rally Cars.

“It still has the same power with some of the expensive items taken off, such as our current anti-lag system,” says Wilson, describing the changes. “The basis of these regulations was in the [second-tier] Rally2 category, so we’re back to a five-speed transmission and a manual shift to reduce the entry cost to the car.”

Wilson also plays up the significance of a new approach to the chassis build. “Previously, we’ve always used a production-based bodyshell, but this is the first time without one,” he reveals. “A big percentage of work involves cutting things out of chassis rails and reinforcing where we need to. Hopefully there will be a time saving on the construction of what will be a tubular steel plug-in-and-play solution.”

He reckons that these will be “the strongest and safest cars we’ve probably ever had in rallying”, following extensive research by the FIA. “There’s big emphasis on side impacts, and now part of the structure is right up the side of the seat,” says Wilson. “Access to the car is a little more difficult, but side impact [protection] is crucial.” 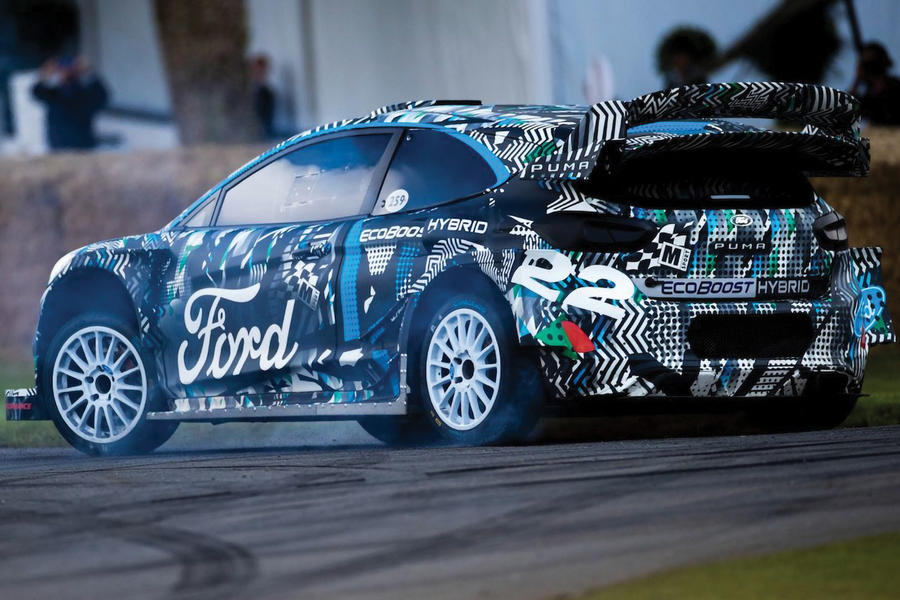 The hybrid tech is the headline development, though. A standard 134bhp electric motor from Compact Dynamics, fed by a 3.9kWh battery, is at the heart of why Rally1 is the biggest revolution in the WRC since Group B. Both Wilson and Millener reckon it could be a game-changer from a sporting view, beyond the obvious marketing benefits.

“There was a lot of discussion and debate about how we were going to use hybrid [tech] for the championship,” says Millener. “We will use it predominantly in short bursts through the stages and then the braking effort will then regenerate that burst. Effectively, your total battery voltage will drop over the course of the stage, and then the idea is that you recharge it on the road section.

“We were unsure what it would be like, but every driver we have who’s driven it now wants it on the car we currently have this year. That’s a positive sign! It’s effectively another 100bhp.

“It will be interesting to see how the drivers react. It will need a slightly different driving style.