Hanson was part of the United team that won the second-tier class in last year’s WEC, aged just 21. He tells us how he did it
Share
Open gallery
Close

Fifty-six races. That’s all it has taken for Phil Hanson to reach his first motorsport summit. The Berkshire lad was a relative latecomer to karting and graduated straight to racing sports cars five years ago.

Still only 21, he’s already a veteran of four Le Mans 24 Hours and, in the strange intensity of the 2020 season, became an LMP2 class winner in the great race, in a year when the United Autosports team he drives for completed the triple by winning not only the World Endurance Championship in the deeply competitive secondary prototype division but also the European Le Mans Series (ELMS).

A champion in two series and a winner at Le Mans: it has been quite a rise for Hanson, even if he remains firmly under the radar of the wider world.

Yorkshire-based United Autosports, co-owned by McLaren Formula 1 boss Zak Brown and experienced racer Richard Dean, was on a roll in its first full season in the WEC before the pandemic made motorsport grind to a juddering halt last spring. But once the first lockdown was lifted in July, the team picked up from where it had left off.

In the eight endurance races Hanson subsequently started in that dual campaign across the WEC and ELMS, he and his co-drivers won five times. Sir Lewis Hamilton had a stunningly successful record-breaking 2020 in Formula 1 and Toyota’s Mike Conway became a World Endurance Champion in the premier LMP1 class, but Hanson wasn’t far behind in the relative terms of British drivers making an impact on a global stage. He deserves to be better known – which he will be, if his career momentum continues at its current rate. 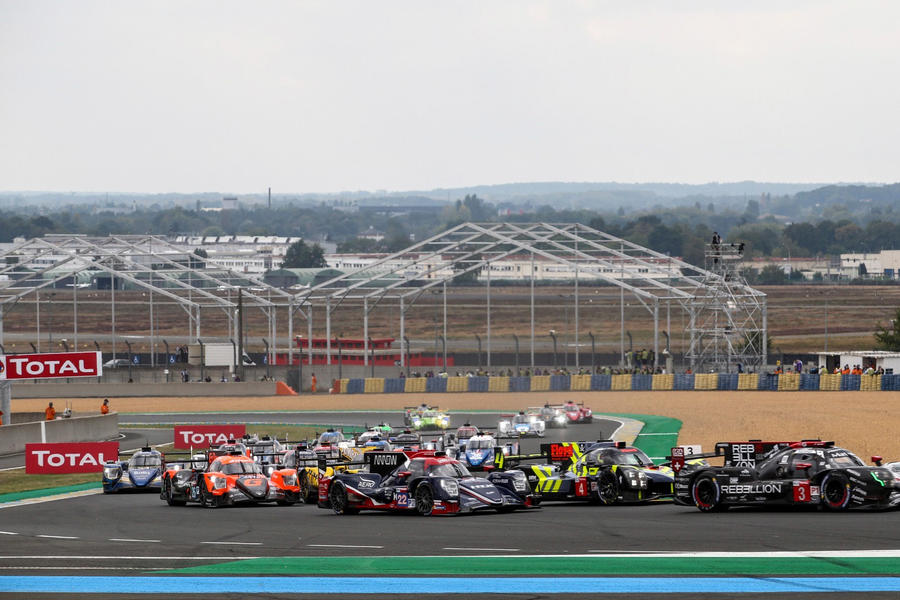 “The break in racing made us hungry,” says Hanson, “and once we could go racing, we were flat out to the end of the year. Preparation and hard work was key. It was our first year with the Oreca chassis [having switched from the less competitive Ligier], so in many ways we had been handicapped before and now our full potential was unleashed.

“We felt it was a long time coming. The work behind the scenes during quarantine, by the team, engineers and drivers, was as good as anyone’s, and that’s why we shocked a lot of people.”

Le Mans was delayed from its traditional June date to run behind closed doors in September. But even without a quarter of a million people watching Hanson, that victory was always going to be the one that counted the most – although he’s torn between choosing what was better: a single race win or a season-long title achievement.

“You start off at the beginning of the year and ask yourself what would you rather win: the WEC or Le Mans. We didn’t think we would do both,” he says. “Le Mans is the biggest race of the year, and a lot of people say it counts more than a world championship, but it’s difficult for me to pinpoint.

“There’s more an element of luck at Le Mans, because there’s so much that can potentially happen in one race, whereas over the course of a championship fortune kind of evens out between the teams. A championship is a truer guide to form.”

It helps that Hanson has been teamed at United with drivers of vast experience: ex-Force India F1 driver Paul di Resta in the WEC and former Audi LMP1 racer Filipe Albuquerque in both the WEC and the ELMS. 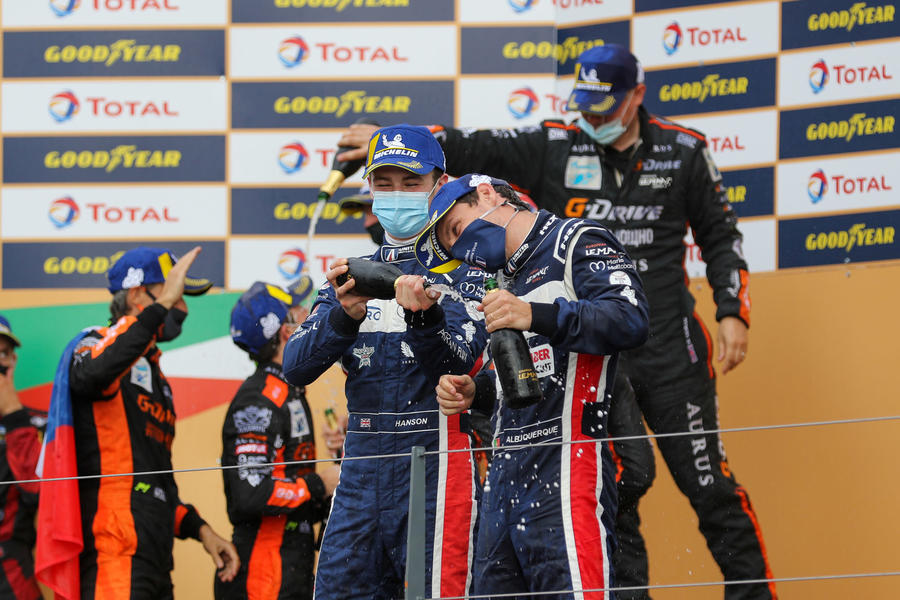 “It’s good for me to pin myself up against drivers who have done so much in their careers,” says Hanson. “I could see what the differences between us were, find out what the best in the sport are like and understand where the last little bits of my performance need to come from. The biggest gap is experience; they’ve been driving for 15 years longer than me. But I can fast-track, because they’re dropping hints and feedback in our meetings. I can pick up on all those things now.”

So what’s next? In the short term, the answer is more of the same – even if the three-way WEC partnership with di Resta and Albuquerque must now be broken. That’s because sports car racers are graded in terms of ability, experience and results: bronze, silver, gold and platinum. Hanson’s success means he now moves from silver to gold status – and LMP2 rules mandate that each car must include an amateur.

As for the long term, it’s no surprise that his focus is on the dawning new era of the Le Mans Hypercar (LMH) and Le Mans Daytona Hybrid (LMDh) classes, which will soon share premier billing in global endurance racing.

Toyota gets a head start with its Hypercar this year, but in 2022 Peugeot will join it, and then Audi’s LMDh contender will emerge, followed in short order by one from Porsche. More manufacturers could well follow in both classes. Potentially, it’s a fantastic time for a young driver to be building a career in long-distance sports car racing – even if, for now, Hanson must be patient.

“The sport is in a strange place at the moment with Covid and the effect it’s having,” he says. “It has pushed back the new regulations for LMH and LMDh, so if that’s my future, it’s another year away.

“It does seem reasonable to stay in LMP2, because it’s the class with the most competition, which is growing year on year. It’s attracting drivers from everywhere, including F1 and DTM. 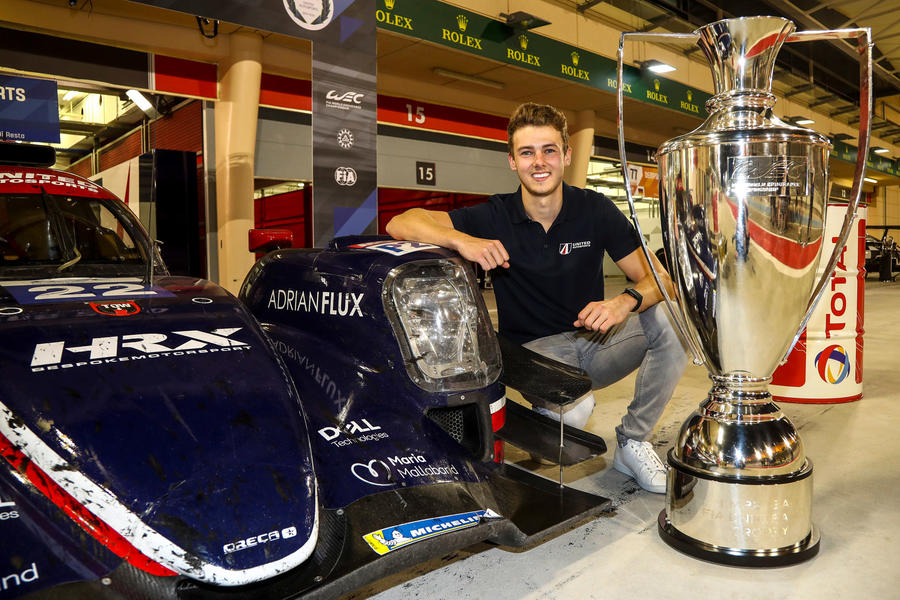 “We’re in the right place, and it’s the best proving ground to compare yourself with the best. If I can prove I’m at the top of it, I’ll be proving myself among the best in the world. That would highlight me for the manufacturers if and when they do come in [to LMH and LMDh].”

There’s a key transition that Hanson must now make. So far, his career has been bankrolled by his wealthy father – but at some point, he needs to be signed by a team purely on merit. To become a true professional, he needs to make his living as a racing driver.

“I definitely feel I’m on the manufacturers’ lists of drivers, it’s just a question of how high up and how confident they would be to put me at the top,” asserts Hanson, who is hungry for overall Le Mans wins and WEC titles. “Being young helps, but it gives you disadvantages at the same time. They have the prospect of a long career with you, but you don’t bring the same experience. It’s that trade-off. But I’m 21 and I’ve already raced at Le Mans four times, so when they do their homework and see my performances… I’m not just bringing youth.”

Audi, Peugeot, Porsche, Toyota and potentially more, plus the prospect of factory-supported customer teams: it’s all to play for. Hanson has flown high and quickly, but with the right break his sky-high trajectory could be about to accelerate into the stratosphere. As he knows only too well, all he has to do is the hard bit: keep on winning.

Under-rated? His boss certainly thinks so

Ask United Autosports co-founder and team boss Richard Dean whether Phil Hanson measures up to his new status as a gold-standard sports car driver and you get a resounding answer.

“I get frustrated at some people’s opinions of him,” says the Yorkshireman. “They automatically make presumptions because he has only been racing for a short period of time. It’s still easy for people to think Phil is the rookie, the understudy, and they don’t really look at the true data and see how much he had stood on his own, side by side with Filipe [Albuquerque] and Paul [di Resta]. 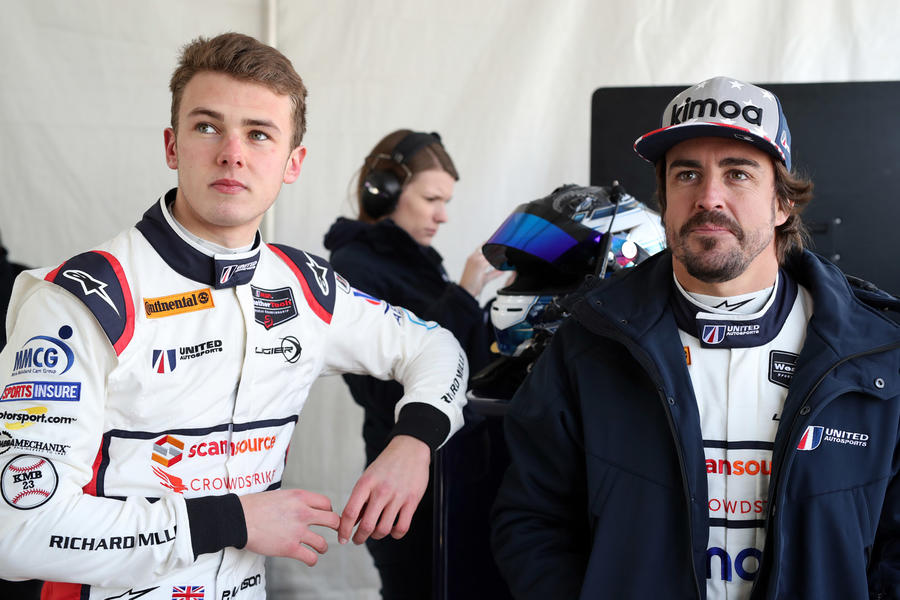 “You have to watch him from within the team, how professional, focused and fit he is, how much he wants it and how he delivers on track. People’s opinions are still formed from two or three years ago, and they aren’t looking at how quickly he has developed and progressed. The Phil you saw three years ago isn’t the Phil of today. His last stint at Le Mans last year had everything. He was under pressure, he had to deliver and he did.”

Dean was once a respected Le Mans class winner himself and isn’t easily impressed. But his admiration for Hanson is genuine. “He doesn’t like to be told how well he’s done, all he wants to hear is where he can improve,” explains Dean. “He’s still improving and his development over the next 18 months is going to be quite interesting.”

So is it realistic for Hanson to make the transition from a driver whose career is bankrolled by family money to becoming a bona fide professional in his own right? Could he really be on the list for Audi, Porsche and the other manufacturers when they soon return to the World Endurance Championship?

“Just because you have funding doesn’t make you a bad driver, and some people don’t want to believe that,” answers Dean. “There are a lot of people who don’t like the fact that he’s bloody good and he’s getting better. He has embarrassed an awful lot of pros over this past 12 months.

“If he continues to develop at the rate he has so far, he could be in a fantastic position come 2023 when a host of manufacturers come into the sport."