BACK TO ALL NEWS
Currently reading: Like father, like son: Why Oliver Solberg is on track for WRC greatness
UP NEXT
Buy them before we do: second hand picks for 15 October

What's it like to take up a sport your dad had so much success in? The young Swede explains
Share
Open gallery
Close

Rally drivers, just like the policemen they try to avoid on road sections, are getting younger. Look at it this way: Hannu Mikkola was 41 when he claimed the 1983 world rally title, making him the oldest world champion in the history of the sport.

The oldest champion in the 1990s was Didier Auriol, clinching the 1994 world title aged 36. Marcus Gronholm, who won the 2000 title, was aged 32 when he did so – remarkably in his first full season of the championship.

Even Sebastien Ogier, known as the young pretender to Sebastien Loeb’s throne, was just a couple of months off his 30 th birthday when he secured his debut title in 2013. After him, the next ‘new’ champion was Ott Tanak in 2019, who was also aged over 30.

But these days, drivers are aiming to hit the top at a much younger age. The question is, who will break Colin McRae’s 1995 record of becoming the youngest world champion in the history of the sport, aged 27? 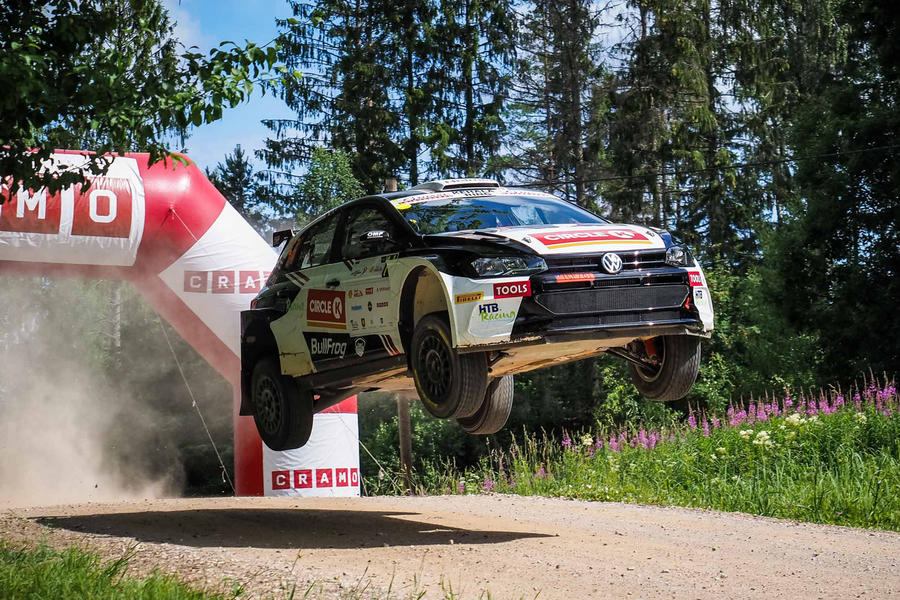 In December last year, Sweden’s Oliver Solberg announced that he had signed a two-year deal with Hyundai to compete in the WRC2 category of the World Rally Championship – one rung below the headlining class – driving an i20 R5.

Barely two months later the 19-year-old was already making his debut in a full fat World Rally Car, on Arctic Rally Finland: round two of the championship. He finished seventh overall – just missing out on sixth – after posting six top-five stage times.

It was hardly ideal circumstances. He got a late call to do the event, and his regular co-driver Aaron Johnston was sidelined by a positive Covid-19 test the day before they were due to start the recce.

“It was a bit hectic!” says Oliver, with characteristic understatement. “But I was just so happy to drive that car and really pleased with how the rally went, although I think it could have gone better.”

Perhaps the surprising thing is that Oliver has ‘only’ done 42 rallies of any description throughout his career to date. Although he’s perceived as a youngster on the way up, he’s still relatively light on experience at the very top level.

That’s why he believes that the frequent comparison with Kalle Rovanpera, a year older than him and a Toyota WRC factory driver (as well as being another son of a famous father) isn’t a valid one. Yet.

“We’re not competing against each other at the moment,” says Oliver – but he can’t resist adding “although I was faster than him on a few stages at the Arctic Rally.”

That’s the innate competitor in Oliver: a direct inheritance from his 2003 world champion father Petter. In fairness, Oliver also points out: “The Arctic was a brand-new rally for everyone. In other places it might be a different story.”

Take Portugal, for instance: one of the classic stalwarts of the championship, where Oliver will be back fighting for WRC2 honours in the R5 Hyundai this weekend. But he’s by no means disappointed at the return to normality.

“It’s true that the R5 isn’t the same as the World Rally Car,” Oliver explains. “But driving any rally car is fun. And the competition in WRC2 is absolutely incredible, including drivers who have stepped down from a World Rally Car.” 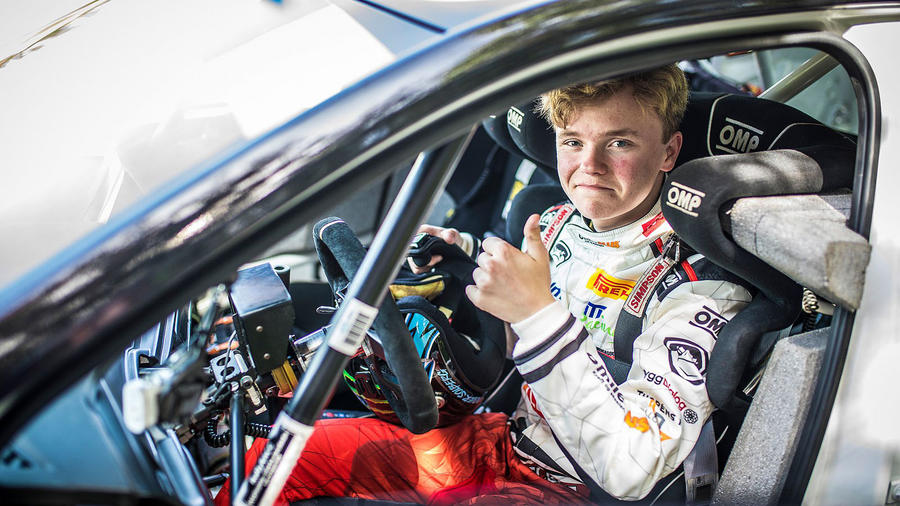 Norwegians Andreas Mikkelsen and Mads Ostberg are two good examples: former factory drivers now fighting it out in the next tier. Yet Oliver is a factory driver too, as his agreement with Hyundai is very much focussed on elevating him to the top level within the factory team. Perhaps as soon as next year.

“Of course that’s the hope and the dream,” Oliver says. “But I’m realistic. I know I’ve got a lot to learn. And I learn quickly.”

Pandora’s box has now been blown wide open though, and something inside Oliver has definitely changed. Before, he suspected that he could probably drive a World Rally Car pretty quickly. Now he knows for sure – so he’s in more of a hurry.

Rovanpera was nurtured by Toyota to the point where he was able to lead the championship after Rallye Monte-Carlo this year. Now, Hyundai wants to grow their very own Rovanpera – although the two couldn’t be more different.

Rovanpera is quiet and introspective; almost a stereotypical Finn. Oliver has inherited all the outgoing flamboyance of his father: a man who used to jump on the roof of his Subaru while it was still driving, to wave at the fans.

“For Kalle and for me, I think the influence of our fathers has been very important,” Oliver acknowledges – although the two keep their distance. “We meet up and chat on the rallies, but we don’t really talk to one another in between. I’m just focussed on following my path.” That path involves lots of learning, lots of testing, and brutal self-assessment. “I like to write down everything I’ve learned after every rally,” he says. “Each event is an opportunity to learn. I need to go faster and make fewer mistakes.” 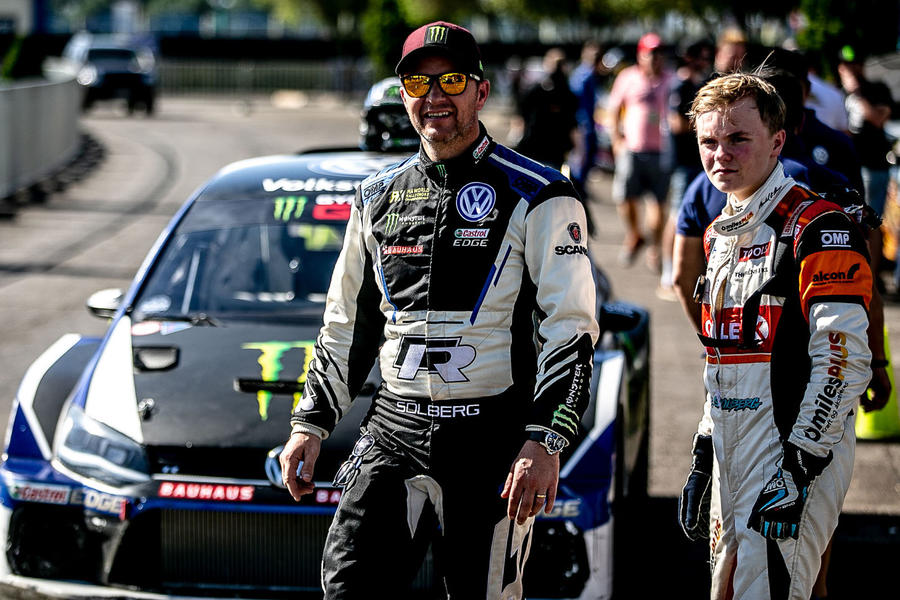 At Oliver’s age, Petter was still driving an old Volvo on club events in Norway. Oliver, by contrast, has the chance to drive a huge variety of state-of-the-art machinery all over the world. And he’s recently had his second outing in a Hyundai World Rally Car confirmed, on Rally Italia Sardegna in early June. “Everything’s happened quickly, but you learn to become adaptable,” he adds. “When the hybrid rally cars are introduced next, it will be new to everyone, so maybe that’s another area where I can find an advantage.”

For a long time, rallying was a sport that was dominated by the old masters: experienced gladiators rather than youthful precision engineers. But not anymore. The latest generation of cars is still coming but the new generation of drivers has already arrived.