BACK TO ALL NEWS
Currently reading: Nissan takes full control of its Formula E team
UP NEXT
Maserati MC20 Cielo is 621bhp McLaren 720S Spider rival

Nissan has solidified its commitment to the all-electric Formula E world championship by taking full ownership of its race team.

The Japanese manufacturer has worked in partnership with the French e.dams operation since its Formula E debut in the 2018/19 season. The team won the first three Formula E titles when it was powered by Renault and grew out of the successful DAMS Formula 2 outfit founded by Jean-Paul Driot, who died in 2019. His sons Olivier and Grégory have run the team since his passing and have now sold their interests to Nissan.

The increased commitment from Nissan is a boost for the series, which is also set to gain Maserati as a powertrain supplier next season but has lost factory teams run by Audi and BMW in the past year. The reigning world champion Mercedes EQ team is also set to pull out at the end of this season.

Nissan says the move is part of its commitment to electrification and sustainability, as laid out in its Ambition 2030 company blueprint, and represents a “natural step”. The company had already announced its commitment to the Gen 3 technical upgrade due next season, which will increase the power and performance of the single-seat racers and introduce fast-charging pitstops for the first time. 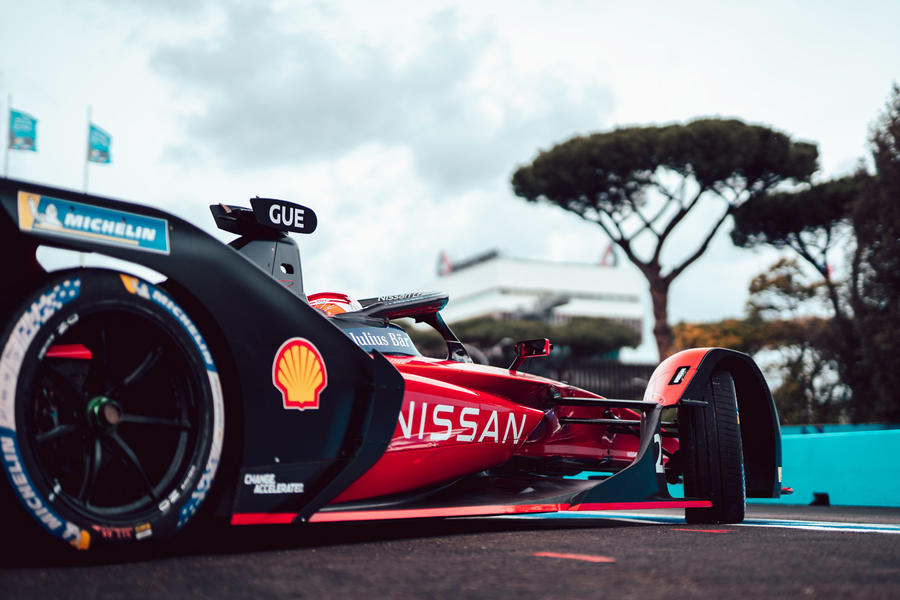 “These are exciting times for all of us at Nissan, our fans and customers everywhere,” said Ashwani Gupta, Nissan’s chief operating officer. “We learn as we race, and the relentless pace of technological progression that drives the Formula E championship will provide us with many opportunities to inform and develop even better cars for customers.

“The acquisition of the e.dams team not only reconfirms our long-term commitment to Formula E, but also to the exciting, high-performance world of motorsports competition as a whole. But we don’t only love to compete. We’re also passionate about delivering innovative and exciting driving experiences while demonstrating our commitment to zero emission and sustainable solutions. This acquisition will further empower us in the strategic electrification objectives of our business.”

The change in ownership kicks in with immediate effect, with Nissan Formula E general manager Tommaso Volpe becoming managing director of e.dams. No other immediate changes will be made to the team’s operation and structure.

The team is struggling for form this season, with Volpe admitting it has underperformed in the new qualifying format introduced for this season. Nissan e.dams is only eighth out of the 10 teams in the current championship standings, following the Rome ePrix double-header last weekend. Former champion Sébastien Buemi, in his fourth season with the team, lies 15th in the drivers’ points, with young team-mate Maximilian Guenther 17th .

Log in or register to post comments
FastRenaultFan 12 April 2022
Formula e is just not as good as it used to be. The novelty has worn off I think with the-way they had the car changes in the first few seasons. Also the way it is shown now is all over the place on both the Internet and TV. It's a mess and changes each year.

Maybe next year with pit stops for fast charging it might be better but I am only a casual viewer of it now. They need to sort out how people can view it or it will lose more fans . Formula 1 is still far superior to it.