BACK TO ALL NEWS
Currently reading: Jaguar Racing launches factory Formula E effort - with new video
UP NEXT
Prodrive P25 is uprated Subaru Impreza 22B with 400bhp

Jaguar has officially launched its 2016/17 Formula E team and returned to factory motorsport for the first time in more than 10 years.

The move comes nearly a year after the decision to compete in the world's leading electric race series was first announced.

With electronics giant Panasonic as its title sponsor and the Lear Corporation as its official partner, Jaguar Racing will enter its new Formula E car – called the I-Type 1 – with drivers Mitch Evans and Adam Carroll. Chinese racer Ho-Pin Tung will be the reserve driver.

The I-Type 1 has been developed in collaboration with Williams Advanced Engineering, an offshoot of the Formula 1 team of the same name. Jaguar says it will use the series as part of the research and development programme for future electric road cars. 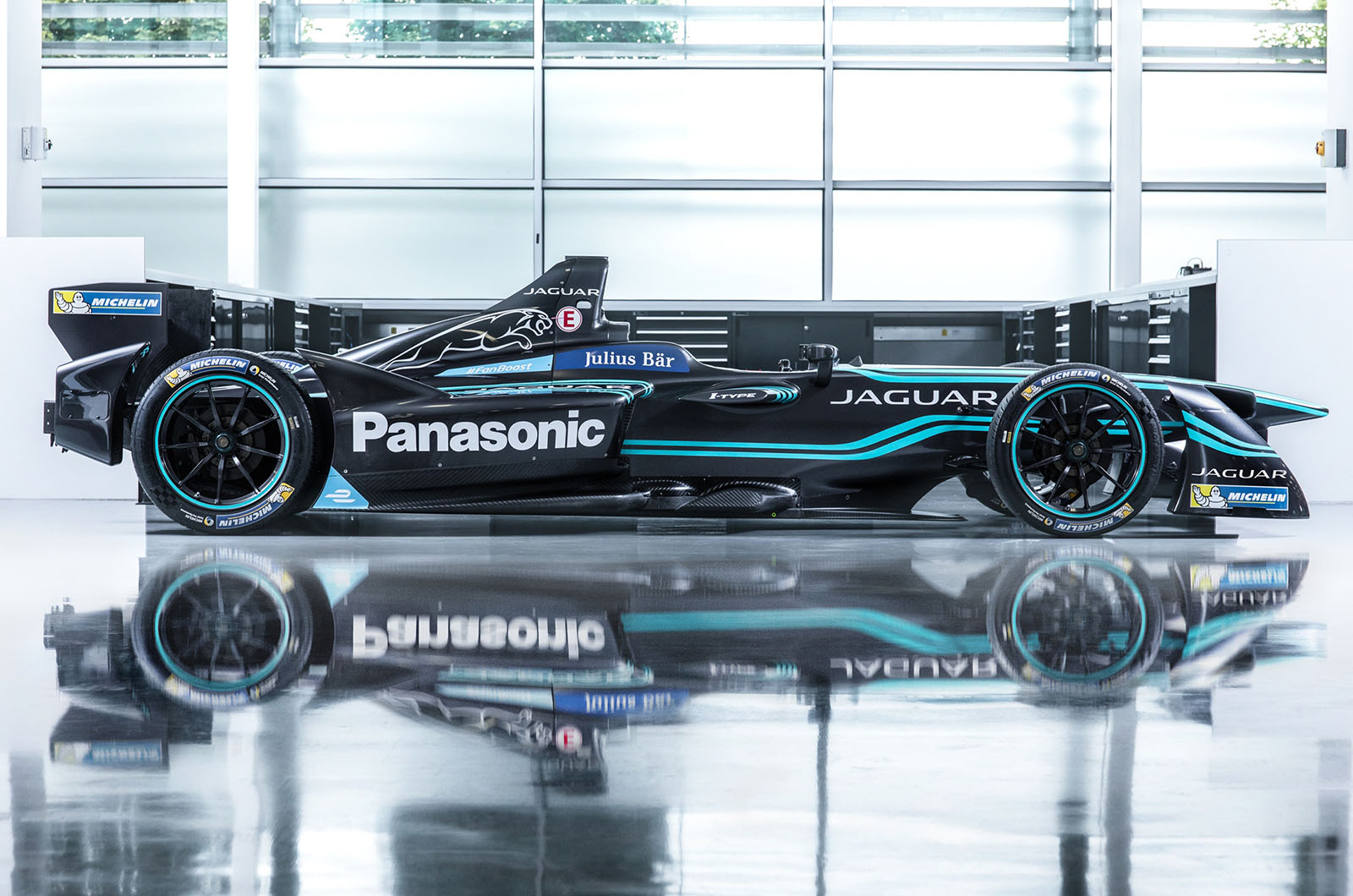 Nick Rogers, executive director product engineering at Jaguar Land Rover, said: “Over the next five years, we will see more changes in the automotive world than in the last three decades. The championship will enable us to engineer and test our advanced technologies under extreme performance conditions. We will apply this vital knowledge as part of our real-world development. At Jaguar Land Rover, we employ 9000 engineers and the team will draw on these engineers to extract data and push the boundaries of electric technology in a race environment.”

Talking at today's launch, Rogers added: "The race team is a key part of our product development. In future, we will have road cars that use a lot of the tech, the electronic controls, the propulsion systems and the batteries [from the race cars]. I predict you will soon be hearing about vehicles that utilise this technology."

Team director James Barclay said: “We want to be successful on and off the track. We know that the challenge will be strong. Our competitors have a two-year head start. We will be keeping our expectations in check in our first season. Ultimately, we’re here to win but we’re here to innovate, too.” 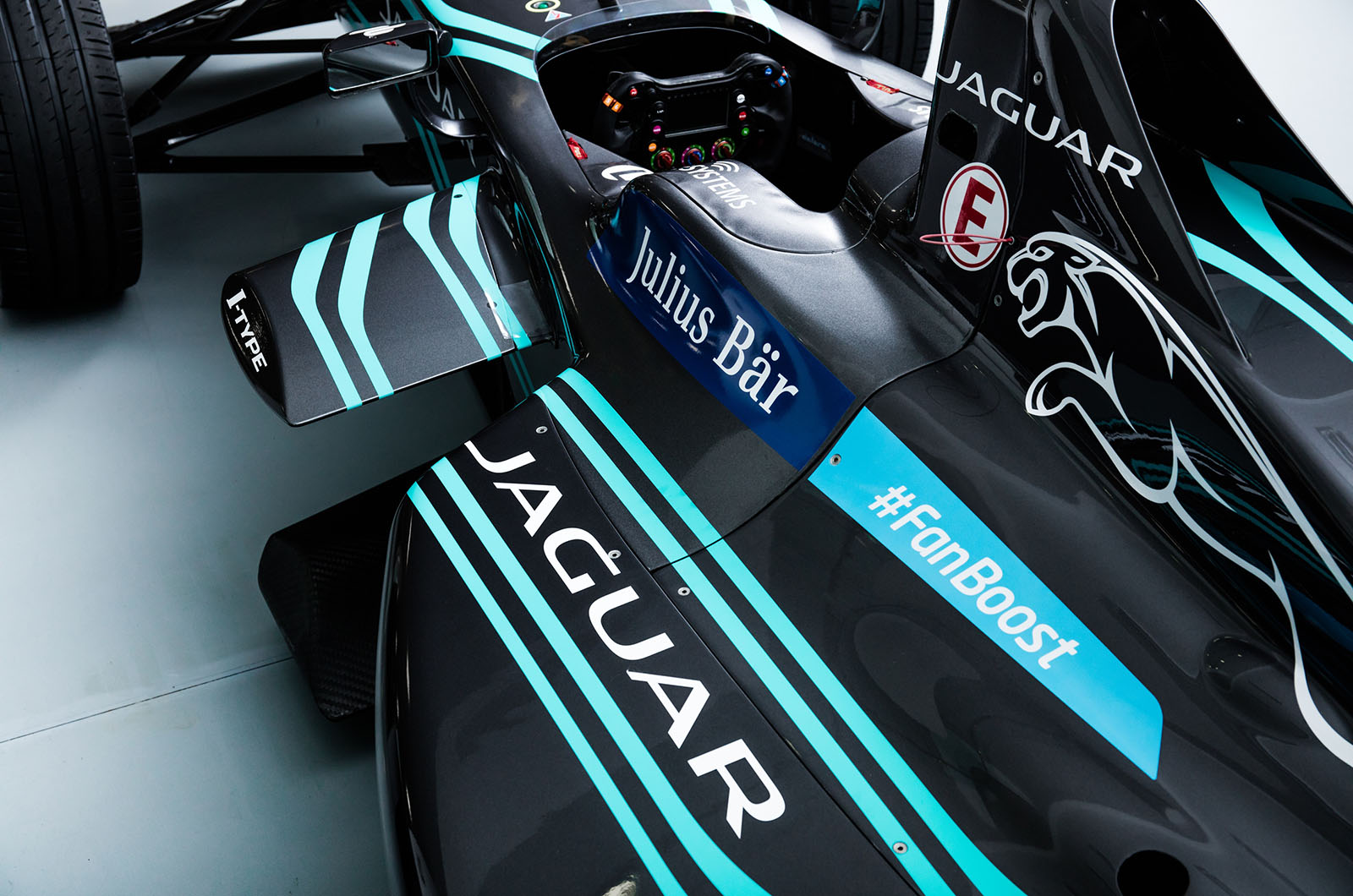 Special guest Sir Stirling Moss described the move by Jaguar as "fantastic". "I have no doubt [Jaguar] will be as good as they ever were," he said.

Jaguar’s entry is one of an increasing number of factory efforts in Formula E, which is now in its third season. DS has partnered Virgin Racing since the second season and Renault has been a fixture since the series’ inception. BMW has a tie-up with Andretti Autosport and BMW factory driver António Félix da Costa will race for the team in the new season. Mahindra has been a participant since the start of the series, Audi has announced that its partnership with ABT Schaeffler will become a full factory effort from 2017 and Volvo is considering a possible entry for its Polestar performance brand in the future.

The Formula E venture is Jaguar's first factory motorsport effort since its underwhelming performance in F1, which lasted from 2000 to 2004.

The third Formula E season gets underway on the streets of Hong Kong on Sunday, 9 October.

With Formula E seemingly becoming popular with manufacturers I do worry for the future of the LMP1 class in the WEC. No new manufacturers are being attracted to this class with Porsche being the last one (Nissan having given up after one race last year) while both Porsche and Audi are scaling back their Le Mans efforts again next year. And with Audi moving to Formula E, will they maintain their WEC participation in the future? Sure, the LMP1 class features hybrids and develops energy recuperation systems not present in Formula E but in terms of developing electrical powertrains alone Formula E seems to be more appealing for manufacturers at present. Costs may be an issue too as suspect Formula E is cheaper than developing and entering a LMP1 car which at least matches the cost of F1 cars.
AndyWolves 8 September 2016

Good to see Jag in this series. A pity in a way they didn't name the car the e-Type 1 though.