BACK TO ALL NEWS
Currently reading: Cadillac Escala Pebble Beach concept reveals future design direction
UP NEXT
Are e-scooters legal in the UK?

The Cadillac Escala concept has been revealed at Pebble Beach as a model that offers a glimpse into the future design direction of America’s luxury brand.

The four-door concept is built upon the rear-wheel-drive platform of the CT6 but ditches that car’s saloon boot for a liftback design. The body is more than 5.3 metres long, making it around 10cm longer than a Mercedes-Benz S-Class.

The concept is powered by a twin-turbocharged 4.2-litre V8 that can run on just four cylinders thanks to cylinder-on-demand technology. 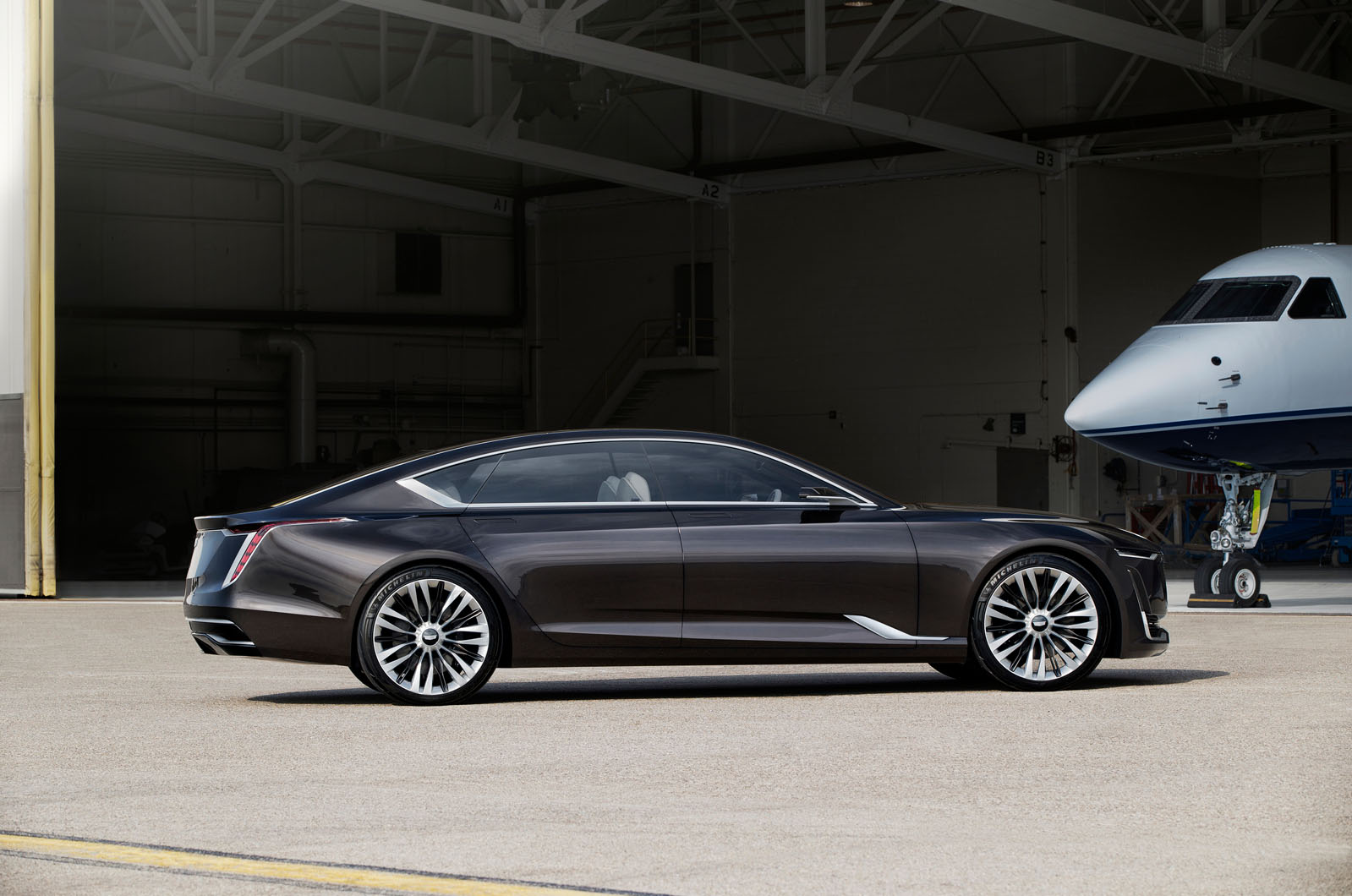 The exterior appears to gently evolve the look of the CT6. At a glance the car’s silhouette looks nearly identical, but on closer inspection, the concept’s slimmer front and rear light designs, and sleeker rear roofline set it apart from the production model.

The Escala sits on 22in alloy wheels that are housed under swelled arches, giving it significantly more road presence than the CT6, while a cleaner boot design and handleless doors add to the car’s luxury image.

Inside, the Escala features a concept interior, first revealed earlier this week, that incorporates an OLED dash display split across multiple screens and offering internet-connected information. 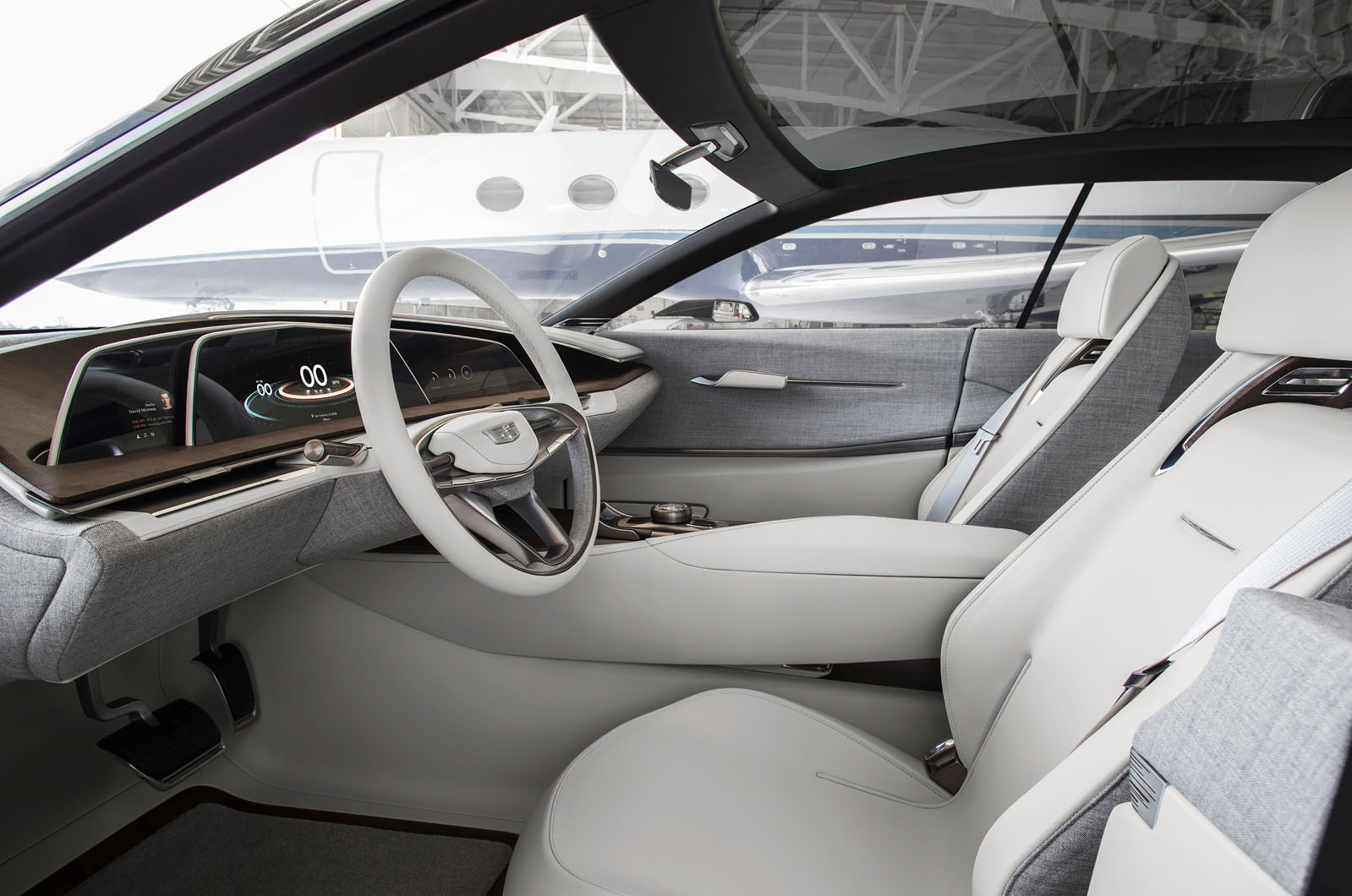 Like the smaller CTS, the new Cadillac XTS is a visual standpoint and offers plenty of comfort and reasonable performance

Cadillac has stated intentions to grow the range of cars it offers in the European market. Currently, the only two models sold in the UK are the CT6 and XT5, but brand leaders have suggested more could be added in the coming years.

The car maker’s more extensive American range is made up of SUVs, saloons, coupés and crossovers.

I like everything but the front end which looks like it could be from a Mazda or an Acura. Cadillac, Buick and Oldsmobile pioneered the modern four door hardtop in 1955 and hopefully they can bring it back again. I am also glad this has an 8 cylinder as proper Cadillac should have at least 8 in front.
abkq 19 August 2016

Cadillac, Buick and Oldsmobile pioneered the modern four door hardtop in 1955 and hopefully they can bring it back again

... and Mercedes adopted the idea in the extraordinary elegant pillarless 4-door "Adenauer" 300d in 1957

"Art and Science" is over?

Yes, I miss Cadillac's hard edge designs too. Perhaps the typical Cadillac buyer has conservative taste. Maybe the "Art and Science" design language can find its place in another of GM's brands. GM can even invent a new brand name.
Likewise the various Lincoln concept cars look promising (my favorite Lincoln being the JFK one as a hardtop saloon) but the actual products fall well short of the concepts.