The 395bhp Mercedes-AMG E43 4Matic is powered by a twin-turbo V6, sits below the E63 and is pitched against the Audi S6 and Jaguar XF S
Open gallery
Close

The E 45 made its official debut at the New York motor show before a scheduled UK sales launch in September, the 395bhp four-door is the fourth in what Mercedes-Benz says will be an extended range of second tier AMG models to rival similarly conceived offerings from Audi’s S and BMW’s M Performance line-ups.

Yet, while the AMG-fettled engine delivers 362bhp at 5500rpm in the SLC 43, C43 Coupe 4Matic and C43 Convertible 4Matic, the 2996cc unit receives a further series of power enhancing changes, including larger turbochargers running 1.1bar of boost pressure, for use in the E43 4Matic. 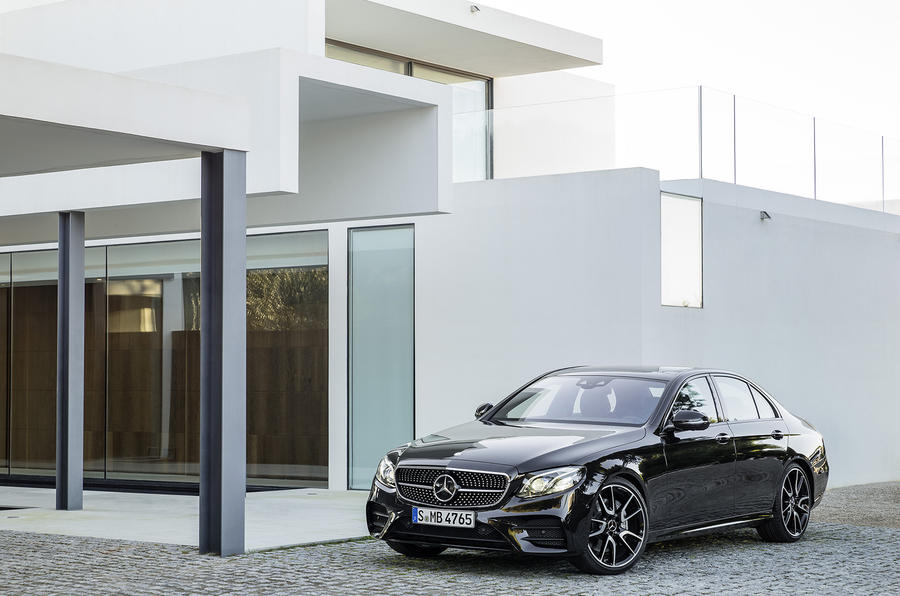 As a result, power has increased a further 33bhp beyond the base unit, providing the E43 4Matic with a sturdy 395bhp at a higher 6100rpm. Significantly, the revised engine delivers a higher specific output than the 502bhp version of AMG’s dedicated twin-turbocharged 4.0-litre V8 at 132bhp/litre versus 126bhp/litre.

With an official 1765kg kerb weight, this endows AMG's latest model with a power-to-weight ratio of 224bhp/tonne. Torque, meanwhile, remains the same as other new AMG models fitted with the V6 engine, peaking at 383lb ft between 2500rpm and 5000rpm.

As on the C43 Coupe 4Matic and C43 Convertible 4Matic revealed at the Geneva motor show earlier this month, the E43 4Matic channels its reserves through a standard nine-speed automatic gearbox with a column mounted shift lever and a specially developed version of Mercedes-Benz’s 4Matic four-wheel drive system with a nominal 31:69 front-to-rear drive split. 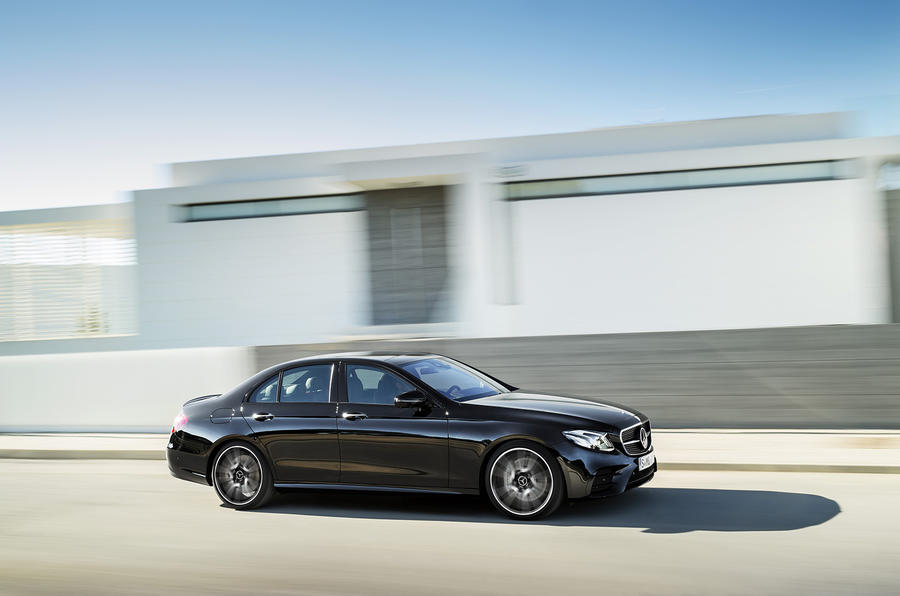 The gearbox has been given AMG-specific software mapping, providing it with a claimed reduction in shift time over the standard unit used by other new E-Class models, as well as the ability to hold gears at the redline rather than shifting up. It also provides a multiple downshifting and a double declutching function in Sport and Sport Plus modes – two of a total of six modes that also include Eco, Comfort, Individual and Manual.

Official performance claims put the E43 4Matic’s 0-62mph time at 4.6sec – the same figure Audi quotes for the S6. As with its closest four-door rival, top speed is limited to 155mph. The official combined cycle fuel consumption is 34.0mpg and average CO2 emissions are 189g/km.

The E43 4Matic is underpinned by a re-tuned version of the new E-Class’s Air Body Control suspension. It uses multi-chamber air springs that provide adaptive damping properties in three modes: Comfort, Sport and Sport Plus. Among the changes to the standard geometry are new steering knuckles and load bearing joints for the four-link front suspension, greater negative camber on both the front and rear wheels and stiffer spring and damper rates.

The variable ratio electro-mechanical steering system has also been retuned and, in combination with the adaptive damping, it offers the choice of two modes: Comfort and Sport. 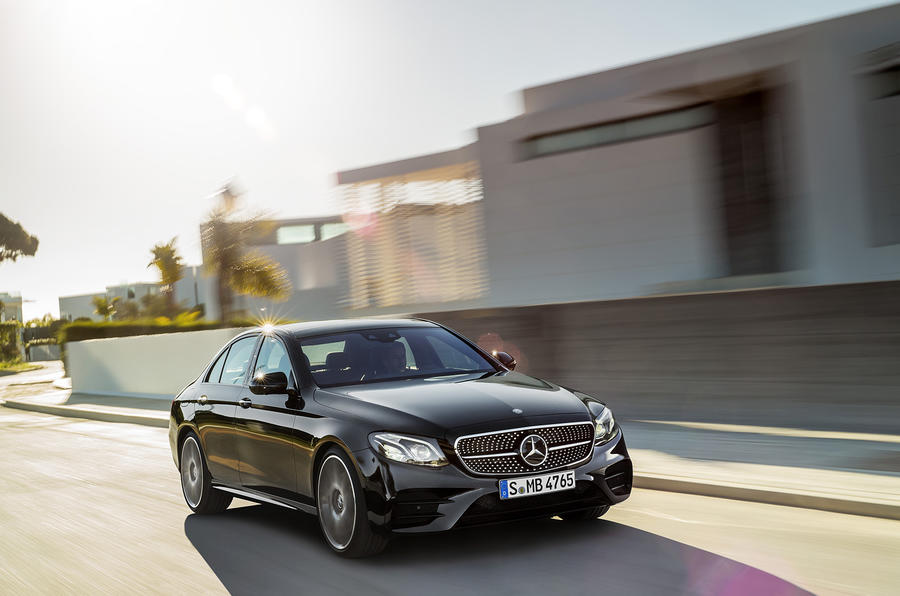 Together with the saloon variant of the E43, AMG also plans an estate of its latest V6-powered model. Pricing is yet to be announced, though officials suggest the new four-door will pitch in above £50,000. 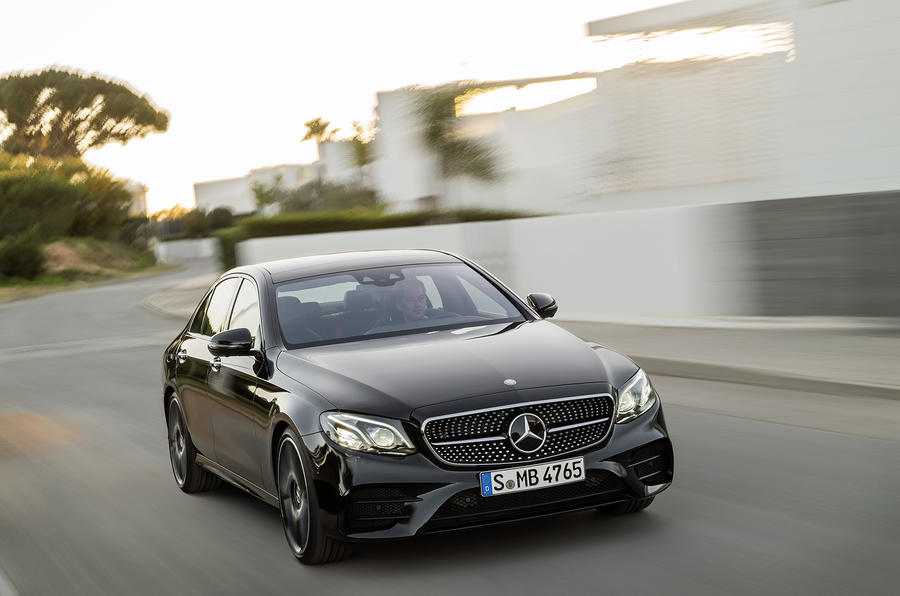 I think its a strong design

I think its a strong design that is totally unlike other marques. I like it a lot, and think this E is the best proportioned out of the range. The Koreans are deliberately copying German design cues. The Genesis in particular is a mashup of Audi and Mercedes cues.
david RS 13 March 2016

I remember reading that it's

I remember reading that it's possible to spec analogue instruments instead. In any case, the designer responsible for the upper half of the dashboard that includes the flat screen clearly didn't coordinate with the one who designed the curvy air-vent strip immediately below. Such contradictory details are getting more and more common in Mercedes, both inside and outside, and are indicative of the marque's decline in attention to detail.
View all comments (10)