The Mercedes-AMG C43 Coupé has been revealed at Geneva. It's the second AMG model in the C-Class Coupé line-up, and is powered by a 362bhp 3.0-litre twin-turbocharged V6 petrol engine.

Making its public premiere alongside the new C-Class Cabriolet, prior to a planned start to UK sales later this year, the four-wheel-drive C43 4Matic Coupe joins the rear-wheel-drive C63 Coupe in a two-pronged assault by AMG on the likes of the BMW M4 and upcoming second-generation Audi RS5.

The C43 4Matic Coupe is the second in what Mercedes-Benz says will be an extended range of six-cylinder powered AMG models to be unveiled in 2016. It follows the SLC43, which made its world debut at the Detroit motor show in early January. 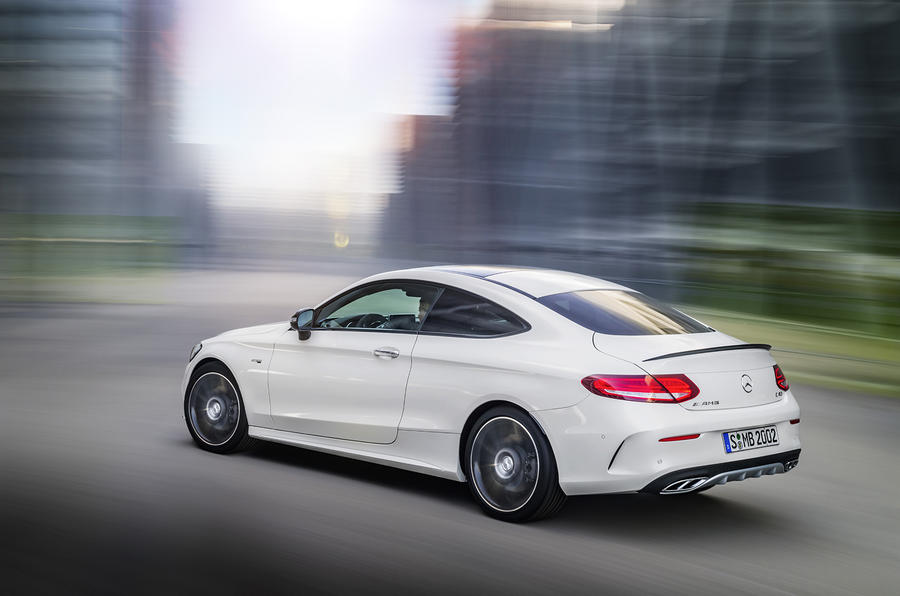 The six-cylinder AMG models were originally sold under the 450 Sport name, beginning with the C450 Sport saloon and estate launched in the UK last year. However, Mercedes-Benz and its AMG performance car division has subsequently decided to replace the 450 Sport name with the resurrected 43 nomenclature first used on the C43 AMG back in 1997.

“The extension of the C-Class family to include the C 43 4Matic Coupe is another component in our growth strategy. It starts the introduction of a whole series of new 43 models", says Mercedes‑AMG chairman Tobias Moers.

Inside, there is an AMG instrument and graphics package, a flat bottom multi-function steering wheel and sport seats among a range of options. 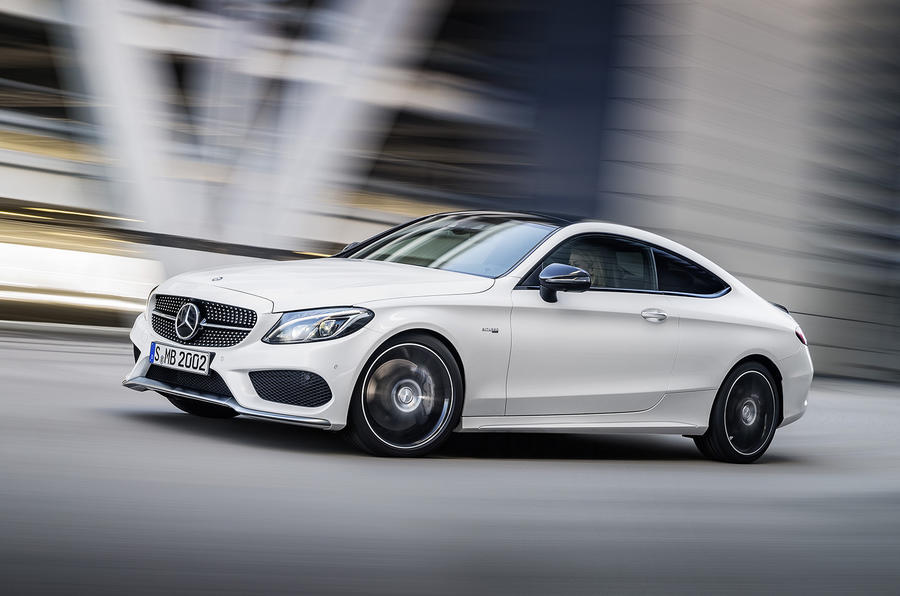 But while the C63 Coupe channels its reserves through AMG’s seven-speed Speedshift automatic gearbox to the rear wheels, the C43 Coupe receives a lightly reworked version of Mercedes-Benz’s nine-speed 9G-Tronic automatic gearbox with altered software allowing throttle blips on downshifts as well as a 4Matic four-wheel drive system that apportions drive to all four wheels in a distinctly rear-biased 31:69 split.

No official weight figure for the C43 4Matic Coupe has been made public. However, Mercedes-Benz’s AMG division claims the C43 Coupe hits 62mph from standstill in 4.7sec, or some 0.7sec slower than the official time provided for C63 Coupe. Like its more powerful sibling, top speed is limited to 155mph. 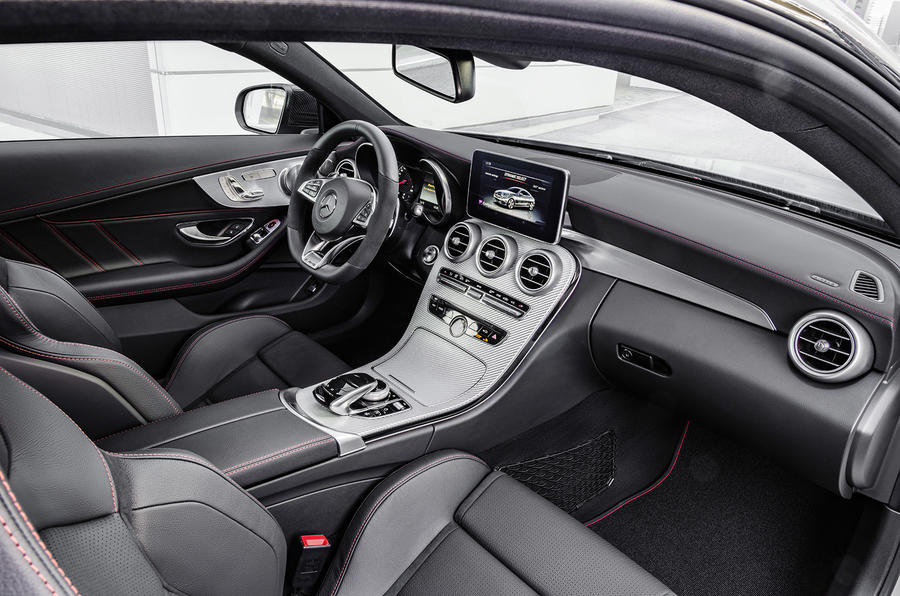 Accompanying the C43 4Matic Coupe’s under bonnet changes is a heavily reworked chassis boasting a number of AMG developments, including the same steering knuckles, load bearing joints and various elastokinematic solutions from the C63 Coupe as part of what AMG describes as its Ride Control package.

Seeking to provide it with as broad a range of abilities as possible, AMG has also provided with C43 4Matic Coupe with variable damping control offering the choice between Comfort, Sport and Sport Plus settings. The brakes have also been upgraded, with 360mm front and 320mm rear steel discs fitted as standard.

One man, one engine?

Given the wider market appeal, and the ever increasing number of AMG badged models I wonder whether AMG will be able to stick with their one man, one engine approach? For me, it's one of the defining factors that makes the AMG models so special.
jer 24 February 2016

Was looking forward to the estate and the suggested competitive price! I do like the AMG light approach.
TS7 24 February 2016

...most certainly WASN'T launched in the UK last year. It was announced, and that it should be available this (June '16) Summer.