BACK TO ALL NEWS
Currently reading: 2016 Mercedes-Benz SLC prices and specs released
UP NEXT
Sorry, wrong number: the forgotten problem of car clocking

Mercedes-Benz SLC to start at £30,495 for the entry-level SLC 200 Sport
Open gallery
Close

Mercedes-Benz SLC prices and specifications have been released, with the formerly named SLK starting at £30,495 in entry-level SLC200 Sport guise.

No direct replacement for the SLK350 is catered for in the new line-up, UK deliveries of which are set to begin in the spring. 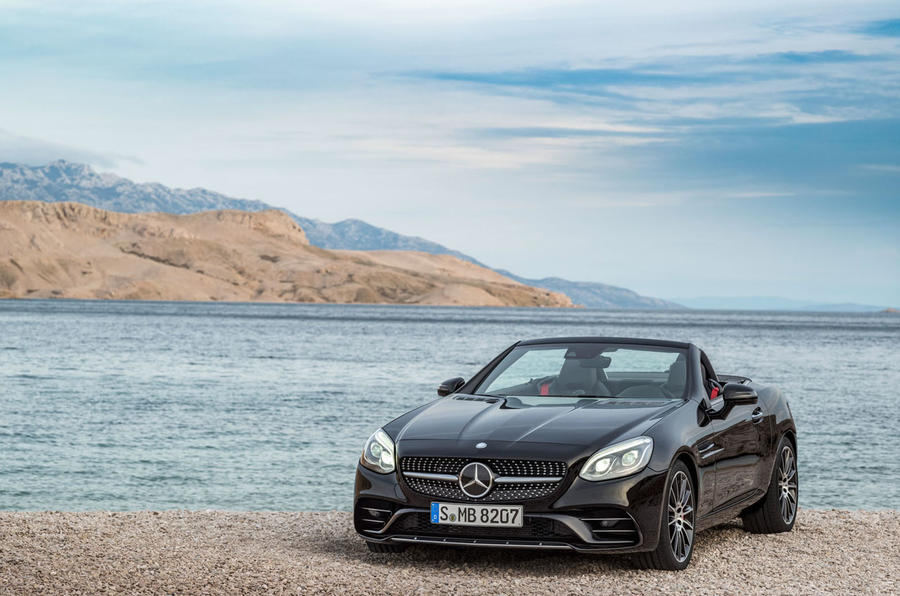 Official performance claims put the SLC43’s 0-62mph time at 4.7sec – 0.1sec slower than the SLK55 - while top speed remains limited to 155mph. The move to the smaller capacity engine has brought about a 2.5mpg improvement in combined cycle fuel economy at 36.2mpg, with average CO2 emissions of 178g/km.

Other changes introduced with the new SLC include an SLC180 entry-level model, which is not coming to the UK for the forseeable future. It uses a turbocharged 1.6-litre four-cylinder engine developing 154bhp and 184lb ft.

The SLK200-replacing SLC200 also receives a new engine, with the old 1.8-litre unit replaced by a more contemporary 2.0-litre powerplant delivering the same 181bhp as before but an added 22lb ft at 221lb ft. 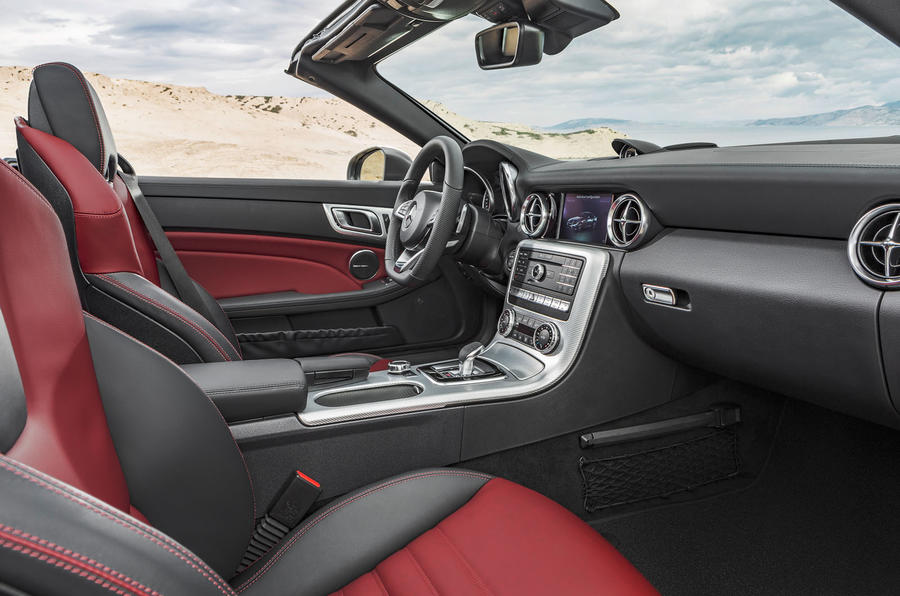 Among the styling changes brought to the SLC are a new front bumper with larger ducts for improved engine bay cooling, an altered grille featuring a Mercedes-Benz’s latest diamond-shaped insert design and revised headlights with integrated LED daytime running lights and fresh internal graphics. At the rear, there are new LED tail-light graphics and a reprofiled bumper with integrated tailpipes and a more pronounced diffuser element. 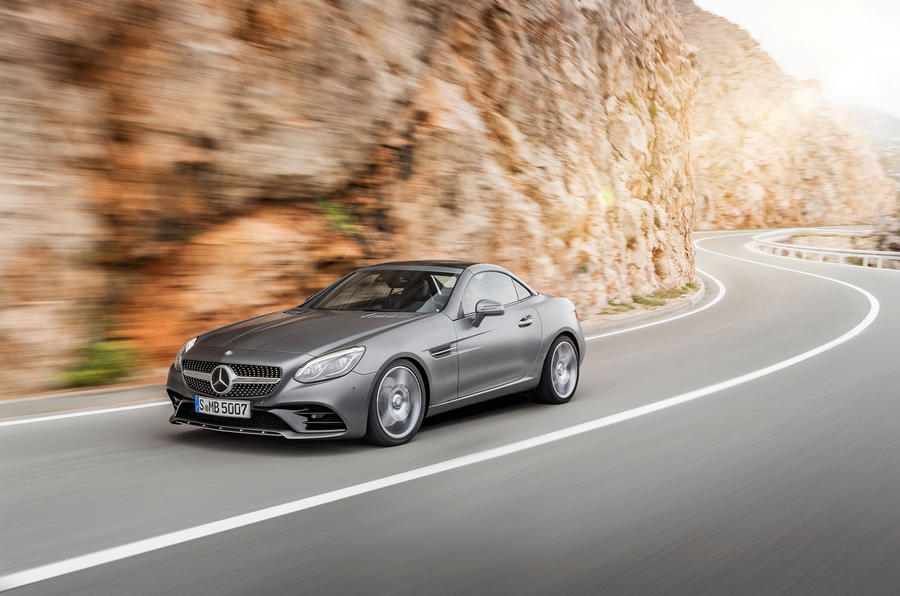 Revisions to the operating procedure of the SLC’s folding hard-top now allow it to be to opened without having to manually set the luggage cover in place. It also now operates at speeds of up to 25mph, allowing it to be opened and closed while setting off rather than at standstill, as with the older SLK. Buyers can continue to order the optional Magic Sky Control glass roof, which employs an electrochromatic process to vary the amount of light entering the cabin.

Inside, the SLC retains the same dashboard as before. However, it receives revised instruments, new trim applications, a larger 4.in infotainment monitor and a new three-spoke steering wheel, among other changes. Standard safety equipment now includes Active Brake Assist – a collision prevention system that features autonomous braking, Attention Assist - a system which detects and alerts drivers to signs of fatigue, Active Bonnet, which raises the bonnet to protect pedestrians in the event of a collision, remote boot lid release, and automatic headlights.

With this and the Boxster

With this and the Boxster going down the 4cylinder turbo route means that a small sportcar with a modestly (ie enough power for the road and use all of it" with a six cylinder NA engine is well and truly dead. Not convinced by turbo charging - great when they are new but useless after a few years and the turbos stop working very well. How about an MX5 with a 2.5 V6 high revving engine, and no turbo - about 220-250bhp should suffice :)
jaz4 28 May 2016

Lol. turbo loss.. I think things have moved on.
Dont forget most cars have adapted response, so drive keenly then that is what you get, want sports mode, you need to do throttle body rest (by combination of ignition key switching) put it in sports mode and so on by that time even a fiat 500 will be going past you.

So my turbo 4 cylinder is way better than a straight 6 2.5 or 3.0l and more than enough power for road and I dont certainly use all of it even after 3 years. Looking for a remap putting it over 310 if I wanted so good for below 5s but why.

could be such a nice car...

This is probably the best iteration of the baby SL-model to date, but it still misses the mark and could have been a stellar model rather than a niche compact coupe/cabrio.

First of all, the exterior styling is marred by the greenhouse design which hasn't changed since the first generation. The truncated rear quarter window still looks immature and still gives it a girlie coupe look.
The other fault is its interior where the components are carried over from an earlier C-class interior and the dash is so slab-sided and way too upright to be a sports car.
There is enough room to cant the centre stack an extra 30 degrees for a more sporty and elegant cockpit.

looked right to me. It had the right proportions. After that one the SLK turned worse and very uninteresting.
View all comments (15)