BACK TO ALL NEWS
Currently reading: Hyundai Prophecy concept previews Ioniq 6 at Munich
UP NEXT
Test drives remain as critical as ever for car buyers and sellers

The Prophecy performance car concept has made its public debut at the Munich motor show, giving a final hint as to the styling and size of the upcoming Ioniq 6.

The second model in Hyundai's expanding family of bespoke EVs will use the same E-GMP platform as the Ioniq 5, as well as its Kia EV6 and Genesis GV60 siblings. That means 800V charging functionality will be a feature, and paves the way for a four-wheel-drive range-topper with 577bhp and a 0-62mph time that positions it as a bona fide rival to Porsche's Taycan saloon.

Munich motor show 2021 live: all the new cars and updates

Designed with a focus on aerodynamic efficiency, the Prophecy features a heavily raked roofline, minimal bodywork creases and innovative propeller-style wheel designs that help to channel air down the side of the car’s body.

An integrated rear spoiler is fitted for greater stability at high speeds, while short front and rear overhangs hint at the Prophecy’s dynamic potential. 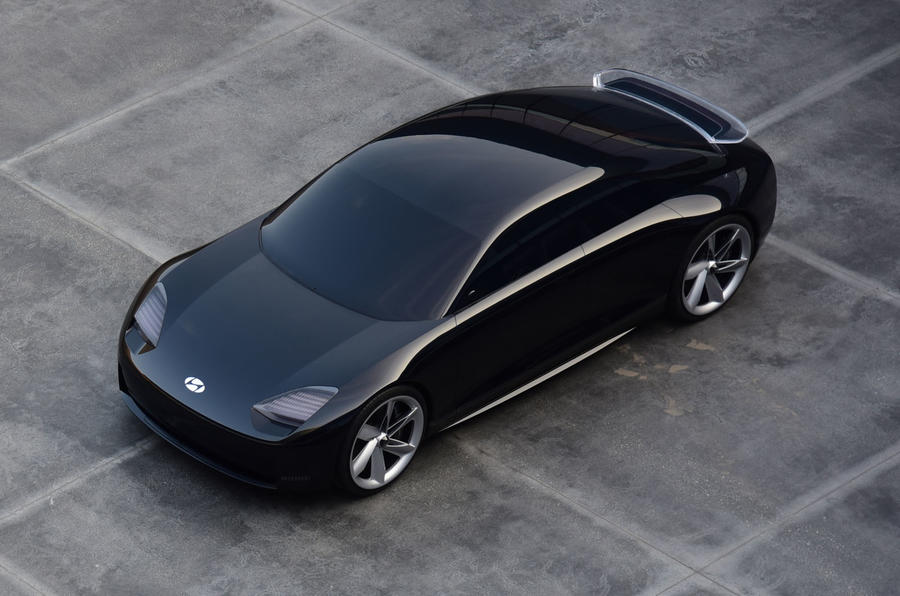 The Prophecy’s beltline descends towards the back, meeting the roofline and ending at a sharply angled rear end that’s designed to make the Prophecy appear as if it’s always in motion.

Several new design features that appear on the Prophecy have started to migrate to production cars since it was shown for the first time in 2020. The pixelated front and rear light clusters, for example, are a defining feature of the Ioniq 5, and look to also adorn the Ioniq 7 - a large electric SUV that will follow the Ioniq 6 onto market.

It’s unlikely the transparent component housings featured on the spoiler, headlight and camera monitoring system will make their way to showrooms, however.

The concept is designed for self-driving, so it eschews a conventional interior layout in favour of one that prioritises space and refinement, but the imminent Ioniq 6 will adopt a more conventional driver layout. 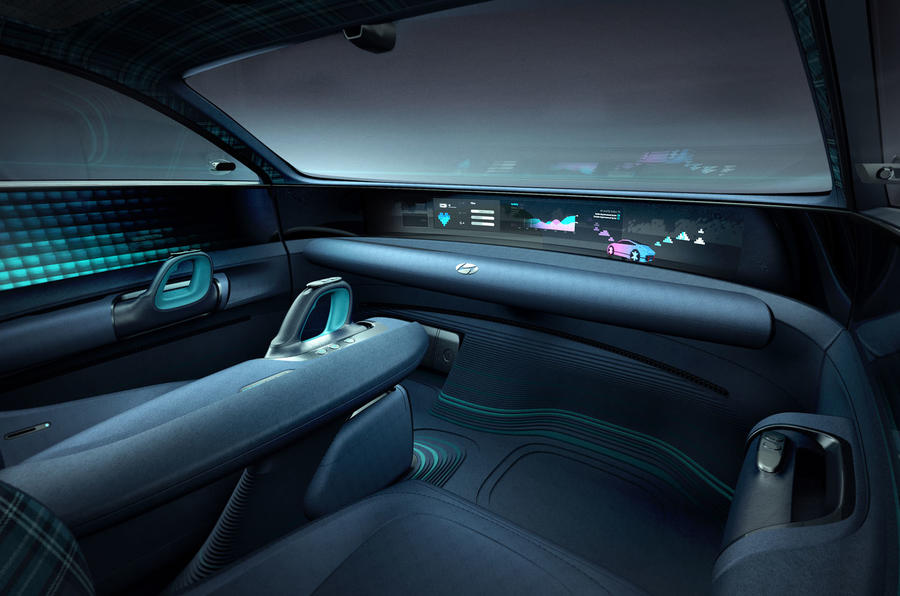 Rather than a steering wheel, there are joystick-style levers either side of the driver’s seat. Hyundai says this improves all-round visibility and allows for a more comfortable driving position, while a futuristic ‘relax mode’ function takes advantage of the car’s autonomous capabilities by reclining the passenger seats and swivelling the dashboard to maximise the space inside.

Added luxuries include a thick wool carpet and an air-con system that circulates purified air throughout the car before cleaning it and releasing it into the surrounding atmosphere.

I may be in the minority but I don't think this looks good at all.  More like a Taycan sketch before the final design was presented to the board

Think it's going to take some getting used to not having a steering Wheel while in transit,not many going to trust a machine that doesn't think like a human to make the right judgment ok, I know, humans can get it wrong to, the concept looks nice, tight shut lines nice proportions etc, I hope something close comes out the Factory gate.

Millenium Falcon for the road?

This thing looks fabulous on the outside, albeit a teensy bit similar to a Mercedes CLS.

On the inside it is horrible, and way too futuristic (typical concept car), although it looks the sort of place Han Solo would feel at home.