BACK TO ALL NEWS
Currently reading: Subaru launches new Ascent large SUV for US market
UP NEXT
New 2021 BMW M5 CS sets records for pace and power

The firm's largest SUV yet is built on a new platform offering enhanced safety, can seat up to nine and has 19 cup holders
Share
Open gallery
Close
Share story

Subaru has unveiled the new Ascent, a large SUV that can seat up to eight passengers, designed for the North American market, at the Los Angeles motor show.

The all-wheel drive machine is powered by a new 256bhp version of the Japanese firm’s 2.4-litre Boxer engine, and built on a new version of Subaru’s Global Platform that has been extended and strengthened. The Ascent was first shown at the New York motor show in January. 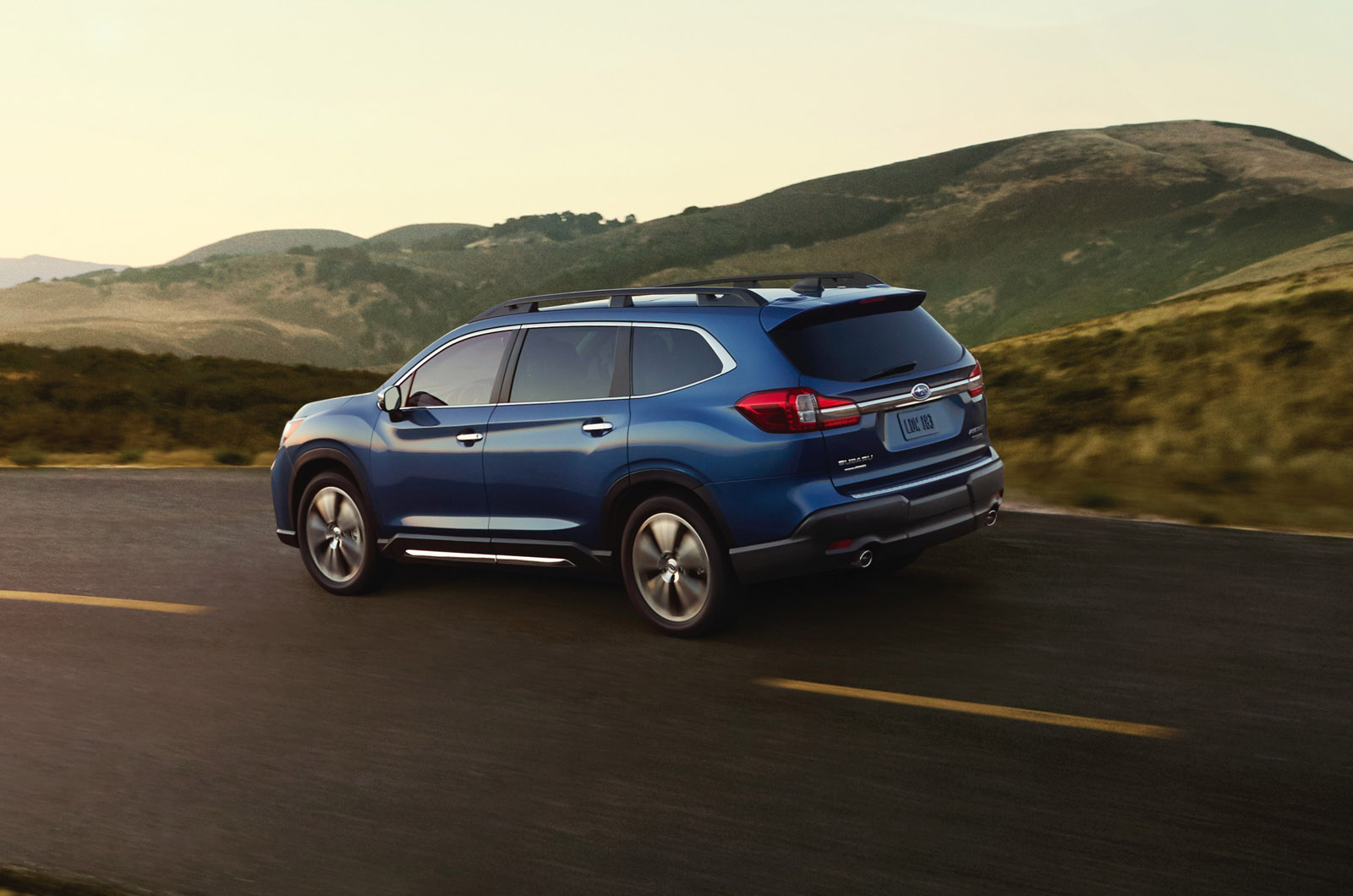 The Ascent has been designed as a ‘family-focused’ SUV, with up to nine seating configurations, depending on seating choices for the second and third row of seats. It has a wheelbase of 2890mm and up to 2055 litres of luggage capacity.

Inside, the Ascent gets Subaru’s Starlink infotainment system, with either a 6.5 or 8-inch touchscreen, along with Apple CarPlay and Android Auto. It also features in-car Wi-Fi, along with eight USB ports and 19 cup holders.

There are understood to currently be no plans to bring the Ascent to the UK market. 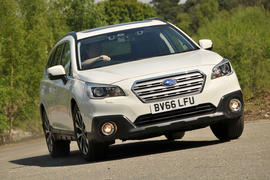 Subaru's all-paw, full-sized estate has all the charms of its predecessors, but lacks the overall finesse shown by the Skoda Octavia Scout and Seat Leon X-Perience

wrong on one major point. It is a drunk incompetent intern :)

I think Subaru generally leave the styling to an incompetent intern who always has particular trouble with the nose.  My Forester is about as good as it gets, but the nose is a mish mash.

A replacement for the Tribeca? and it seats nine instead of seven,powered by a four cylinder engine instead of a six,makes perfect sense to me. What is impressive is how Subaru have been able to stretch it's Global Platform to fit the much bigger Ascent. Is the car to be built in the Lafayette, Indiana plant? the Tribeca was only ever built there and perhaps uniquely for a Subaru product never sold in Japan and was a victim of GM selling it's shares in Subaru and cancelling the Tribeca's sister model the Saab 9-6 having it's production cancelled. In some ways it's a pity that Subaru is retricting the availabity of the car to the US/Canada market as it certainly is an unusual design with some very interesting features.