BACK TO ALL NEWS
Currently reading: New Subaru platform targets Europe with 'class-leading' safety technology
UP NEXT
Future BMW M3 to be ‘groundbreaking’ EV with traditional feel

Subaru is betting on an all-new platform and what it claims will be ‘class-leading, real-world’ safety to revitalise the brand in Europe.

It also confirmed that it will launch a new-generation hybrid model at the end of 2018 and a new downsized turbocharged engine in 2019. In 2020, Subaru will launch its first all-electric model.

Engineers say that they have started work on the EV - which will be based on an existing model - but are conducting crash tests to ensure that the battery location offers maximum safety.

After some hesitation, Subaru says it will move into autonomy over the next few years, using its Eyesight stereo camera system as a basis for the required technology.

Despite setting new sales records in the US and global sales of 1.012m, Subaru took just 40,600 sales across the European market, giving it just 0.3% of the market and 0.8% of the booming SUV market.

Insight: how Subaru reinvented itself 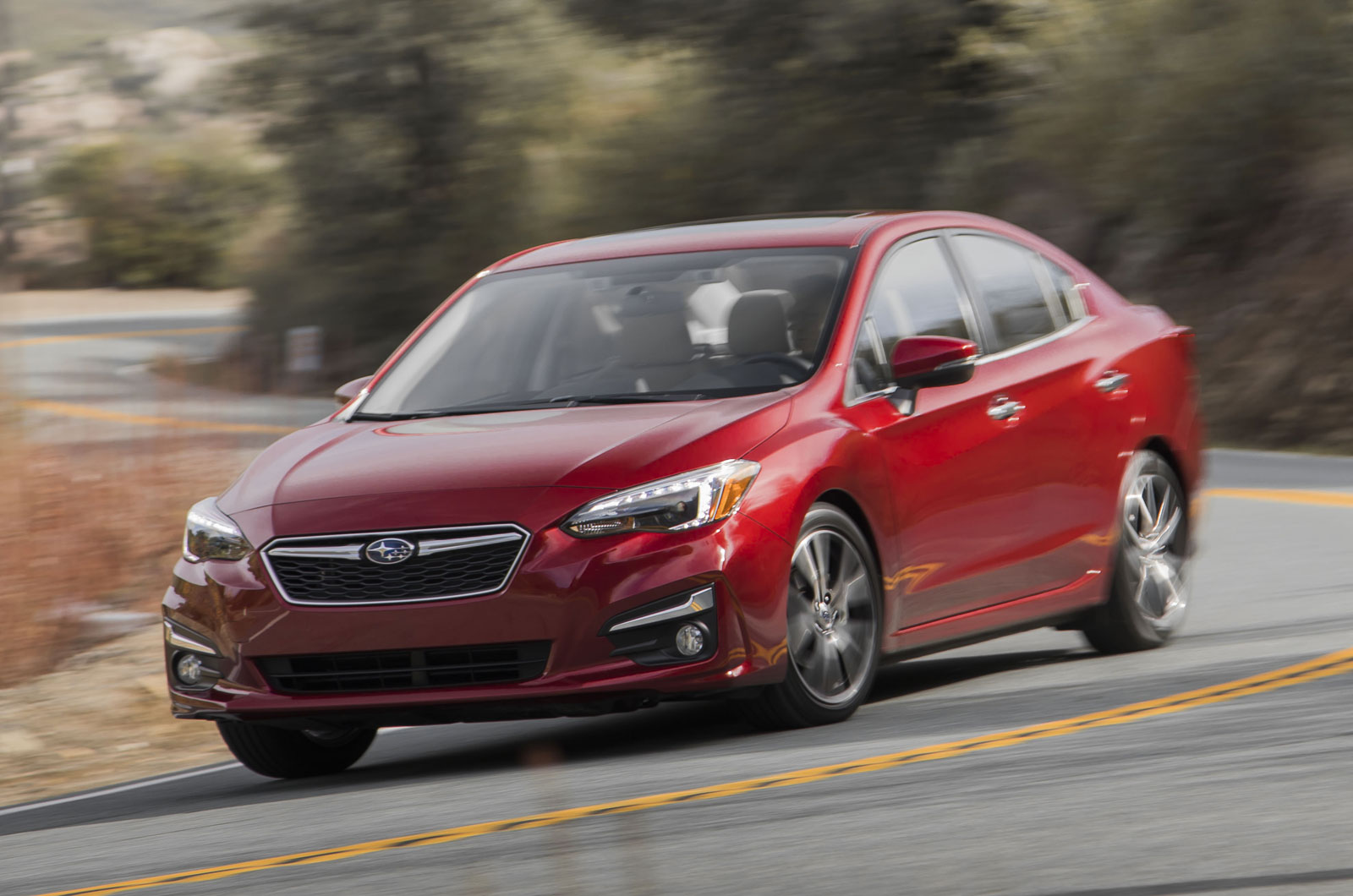 Subaru hopes that a new range of vehicles based on the new platform will mark a turning point. This will be first be used on the all-new Subaru XV small SUV, which goes on sale in Europe early next year, followed by the all-new Impreza and upcoming next-generation Forester. There’s no news on whether Europe will get the giant seven-seat Subaru Ascent SUV that's due later next year.

According to Atsushi Nakashima, one of the company’s most senior body design engineers, the Global Platform will deliver ‘premium-level’ refinement in a number of important areas including straight-line stability - reducing the need for tiring steering corrections during high-speed driving - and big reductions in vibration through the steering wheel and floor.

The platform has been designed to be compatible with crash standards as far ahead as 2025. US versions of the Impreza structure already get a specially engineered B-pillar with a wall thickness of between 1.4mm and 2.75mm along its length to help better protect occupants.

At a technical presentation in Belgium, Subaru showed a video of the new Impreza being struck head-on by a 2.5-tonne trolley at 56mph. The car's boxer engine slides away under the floorpan rather than impacting on the passenger space, and the front structure is substantially crushed against the bulkhead, but the front doors are hardly impacted and could still be opened.

Subaru has also just announced that it has opened a new test track facility in Hokkaido, the northernmost island of Japan. This will be used to develop ‘driver assist technologies’.

Technical highlights of the new structure

The new Global Platform has been dramatically improved by the use of six structural box-sections running under the floorpan, up from four in the outgoing platform. The front suspension towers are now also braced against the lower A-pillar and bulkhead and adhesives used in addition to spot welding.

The improved front-end rigidity is such that Subaru claims that, thanks to a reduction of body flex, turn-in response of the vehicle is improved by 0.1sec, which is noticeable to the driver. The new architecture is also said to be able to absorb 40% more energy from an impact. 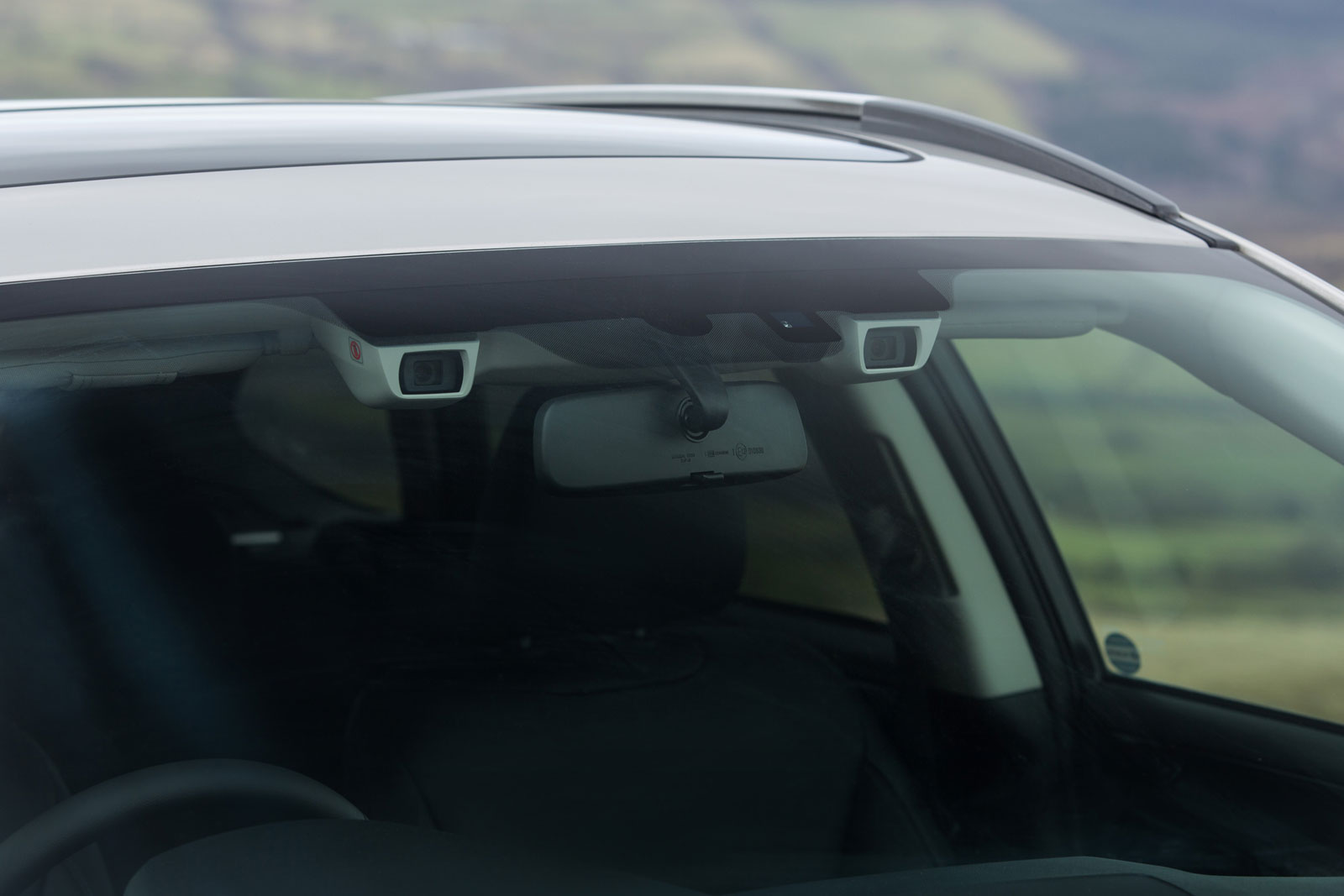 Pedestrian safety has been improved on the new platform with the development of a new bonnet airbag system that doesn't need an expensive pop-up bonnet. The airbag is deployed from beneath the rear edge of the bonnet and also protects the base of the A-pillars.

Subaru’s Eyesight camera system (pictured above), which uses tracking recognition for moving objects similar to the face recognition used by digital cameras, has reduced rear-end collisions by 83% and collisions with pedestrians crossing roads by 52%, according to the company’s own figures. In Japan, Eyesight has already received a Touring Assist function that can control acceleration, braking, and steering in motorway jams.

Subaru definitely needs to improve its design. It has been making mechanically wonderful but ugly cars for a long time. Ever since 4th gen Legacy, almost every product from them looks hedious.

too soon or too late?

Subaru isn`t creating anything in specific for Europe. They do product planning for 2 markets: US and Japan. Everything else is a bonus to fill installed production capacity. And the thing is: if not for the RHD market that the UK is, they would already dumped their presence in Europe (except their current base in Zaventem, where they are greatly located for benchmarking competitors & lobbying at the EU and ACEA). Who cares about them? 41,000 sales? BMW dumps that alone just in MPVs to fleets. Despite EU consumers being open to buy foreign, the time for some brands like Suzuki, Mitsubishi and a few others is gone: with Smart, Mini, Dacia, DS, Hyundai and Kia the space is already taken. Now with new entrants comming (Link&Co, Borgward, Tesla) what chances brands like Subaru have here? They have been in the market for such long time and still best at max 41,000 sales... Pff
scrap 22 June 2017

This will be first be used on the all-new XV small SUV, which goes on sale in Europe early next year, followed by the all-new Impreza and upcoming next-generation Forester.

Isn't there already an all-new Impreza?

Subaru is a success story,

Subaru is a success story, even if barely visible today. I doubt they have created this platform for Europe but bigger sales there will be welcomed of course.
View all comments (6)