The Qoros 3 Q-Lectriq concept has been revealed ahead of its reveal at the Guangzhou motor show.

Although currently only a concept, the 3 Q-Lectric is the first all-electric Qoros, and has a claimed a range of 350km (217 miles) and a top speed of around 101mph.

Read our review of the Qoros 3 saloon here

Qoros claims the concept can go from 0-62mph in 7sec. If it reaches production, this would put it in a similar league to the Chevrolet Bolt and Opel Ampera-e. Qoros says it would be priced to undercut the current crop of EVs, stating that it aims to “provide its green-conscious customers more accessible products in the future”.

Despite its middling performance figures, the 3 Q-Lectriq is described as a “high-performance new-energy car”. It's aimed it squarely at younger buyers, with Qoros describing the Chinese millennial generation as "unconventional".

Alongside the electric concept, the Qoros 3 GT will also make its public debut at Guangzhou. Qoros describes this as “China's first sports crossover sedan”, with the car being similar in shape to the Volvo S60 Cross Country; a saloon body on raised suspension with rugged black body cladding.

The third exhibit on the Qoros stand will be a demonstration of its cam-less engine technology. This system was first developed with Swedish supercar maker Koenigsegg, with Qoros being the first original equipment manufacturer (OEM) to benefit from the technology.

Read about the Köenigsegg Regera here

Qoros claims that this technology, called Qamfree, brings efficiency and performance benefits – although it doesn’t go into detail on these claims.

The cam-less engine has been fitted into a Qoros 3 prototype for an intensive testing programme, with potential for a cam-less production car to come later. 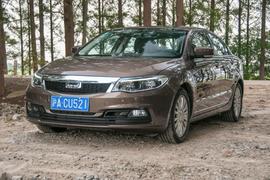