BACK TO ALL NEWS
Currently reading: Vazirani Automotive Shul turbine-electric hypercar unveiled
UP NEXT
Two worlds collide: Porsche Taycan vs Alpina B3

New Indian car company Vazirani Automotive has revealed a hypercar called the Shul that uses an eco-friendly turbine-electric powertrain that is designed to engage with “purists and petrolheads”.

Chief designer Chunky Vazirani, who has worked for Jaguar Land Rover and Rolls-Royce, told Autocar during an interview ahead of the Shul’s Goodwood Festival of Speed reveal that he wanted to make the model more emotional than regular electric vehicles because he himself is a “true petrolhead”.

The car uses a jet turbine-electric powertrain that enables it to mix rapid, torque-heavy performance without compromising on range. Vazirani said that his firm has “worked with a company in the UK on the development of a turbine” that allows drivers “to use regular petrol so they can rely on existing infrastructure”. 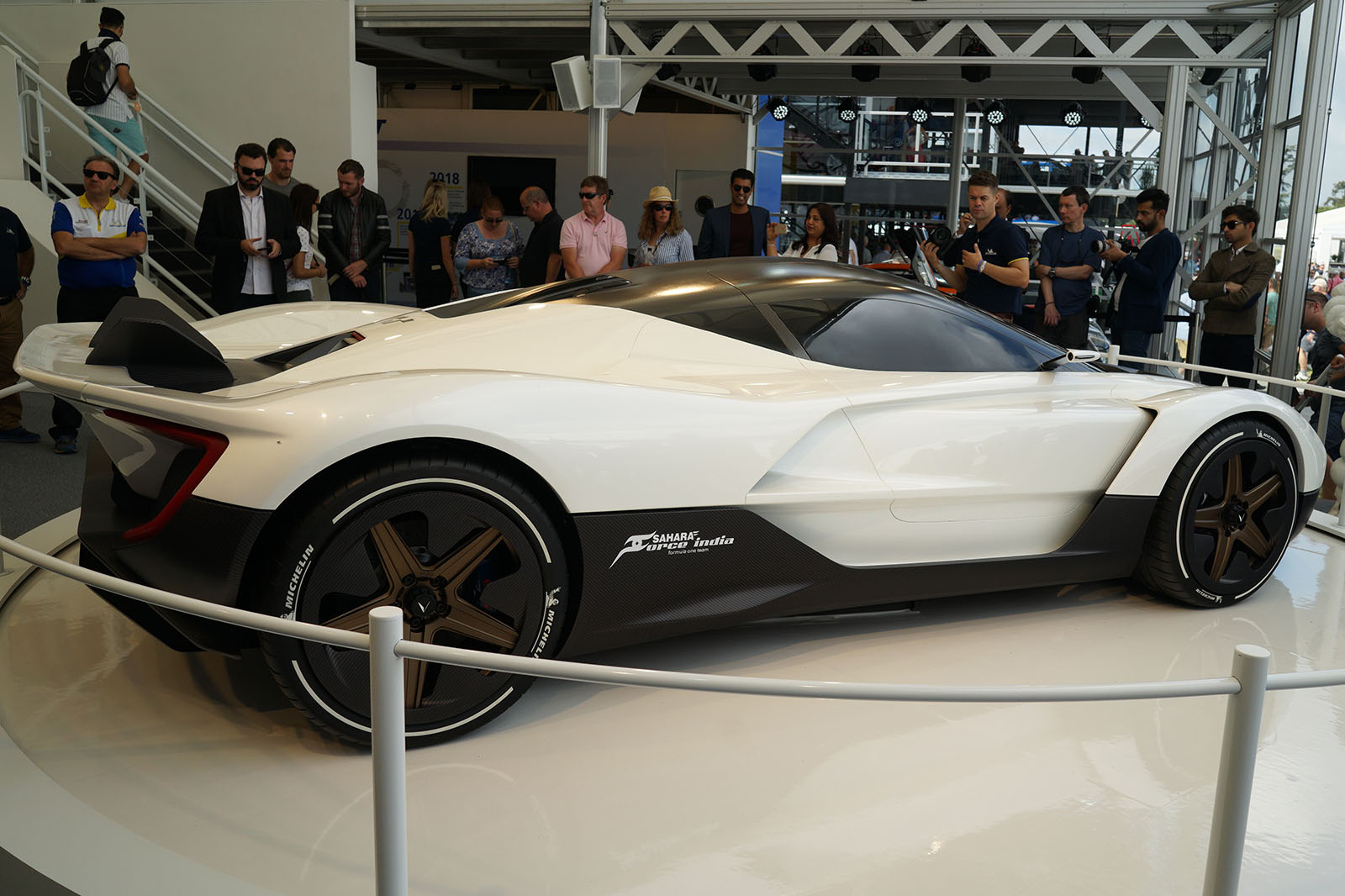 Four electric motors are each located beside a wheel to provide fully independent torque vectoring. The motors drive through single ratio gearboxes, with Vazirani stating that they don't need a second cog because they offer a bandwidth of power “that is pretty damn good and more than enough of what we think customers will use”.

The Shul uses a carbonfibre tub chassis and makes extensive use of carbonfibre in its body to keep weight down, while the exterior has been shaped to minimise drag. Vazirani said the car's turbine meant that it could use relatively small batteries, also helping to trim weight.

“Our battery pack weighs only about 300kg and it gives you the advantage of charging it on the go,” he said, confirming that the car has regenerative technology. “The battery is right behind the passenger [cell] and it also takes some space through the central tunnel, so the car has an optimum weight distribution.”

No technical specifications have been released at this stage because the exact details of some parts have yet to be decided, but Vazirani said that his company was “not interested in fighting for 0-62mph times”. He said that the car has been developed to “focus on handling”, with sports car-like responses and strong brakes supplied by Brembo. 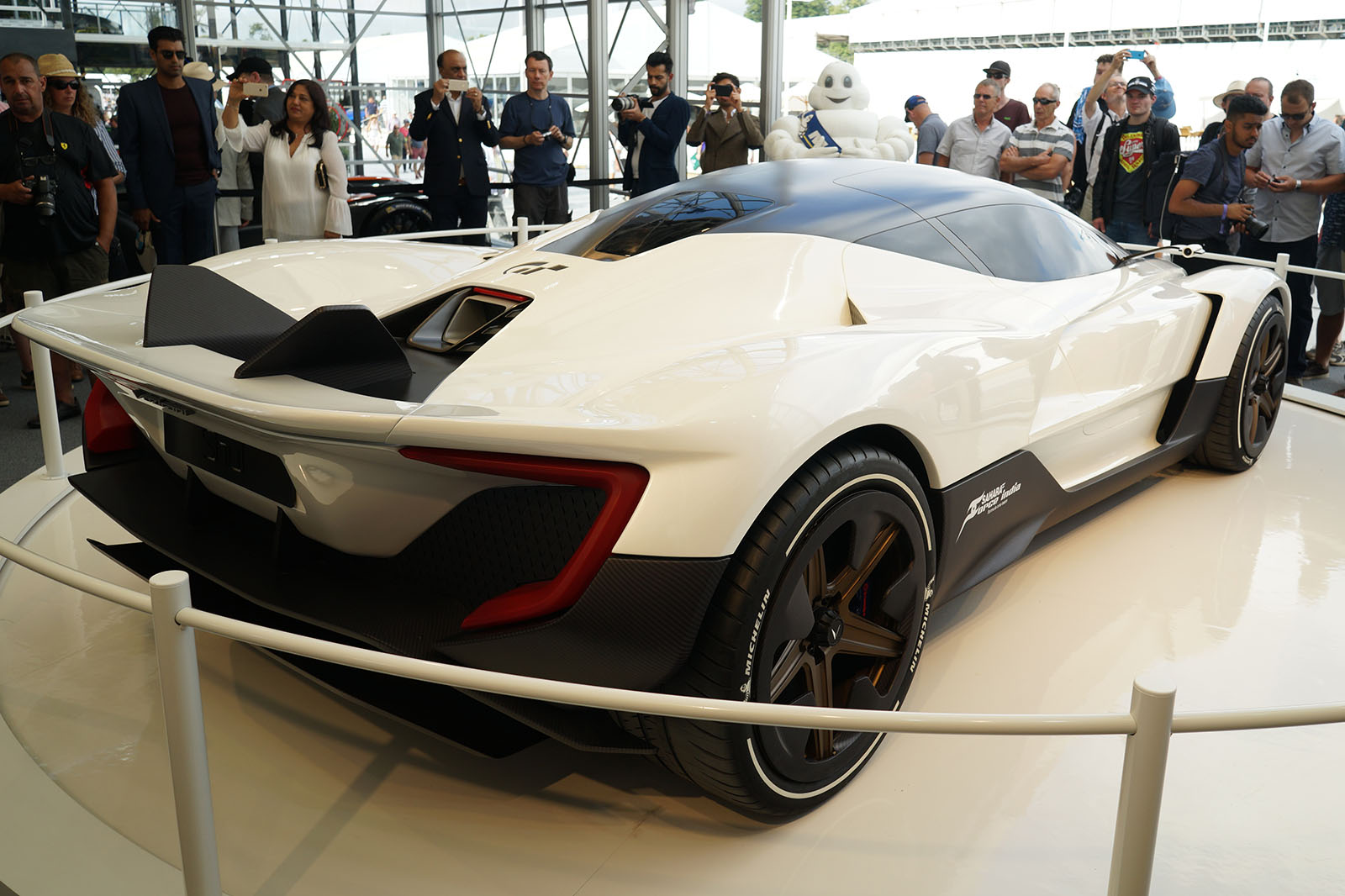 Michelin has provided support for the car’s development, so the first concept is located at the tyre brand’s stand at Goodwood. Vazirani’s project, which has also received support from the Force India Formula 1 team, plans to begin testing its first prototype later this year.

“We’re a young and agile company, so we don’t have to be committed on components yet,” Vazirani said. “We can integrate new technology into our car in, like, six months — which is much, much faster than conventional companies.”

Although Vazirani Automotive has its roots in India and the Shul is billed as India’s first hypercar, the company has a design studio in California. Vazirani said: “We want this to be a story of India, but we can’t build it here yet so will build it elsewhere."

The location of the production facility has yet to be decided, but Vazirani said California is most probable because “it’s the capital of the electric car world and we have connections there”, plus it would allow the company to “offer our products elsewhere in that community”.

:) That's a lot! But i suppose that's the industrial standard these days. In the future perhaps it could be 200-300 lbs?

NONSENSE! This is pure rubbish no manufacturer has ever demostrated a pratical turbine driven car so far. Autocar you should know better! No practical gas turbine unit curently exists suitable for fitment to a sports car. A number of manufacturers have yet to demonstarte any type of turbine/electric car. Only the 15 year old Capstone design exists today and it's much better suited to combined heat and power installation is buildings, there are significant issues using it in vehicles least of all cost! What turbine manufacturer in India will produce this? There is no "state of the art" in microturbine design for vehicles it is almost impossible to obtain the life, performance, efficiency and manufacturing costs-dream on

I'll believe it when it goes on sale