BACK TO ALL NEWS
Currently reading: V8 Aston Martin Cygnet revealed
UP NEXT
How Max Chilton and the McMurtry Speirling conquered Goodwood

The custom hatchback, which was demonstrated at this weekend’s Goodwood Festival of Speed, shoehorns its Vantage S-sourced 4.7-litre atmospheric eight-cylinder under the front bonnet.

The Cygnet’s chassis, which is based on that of the Toyota IQ, has been extensively modified with a new bulkhead and transmission tunnel, providing space for a seven-speed Sportshift II (also taken from the previous Vantage) automatic gearbox and shortened Vantage driveshaft to power the rear wheels. 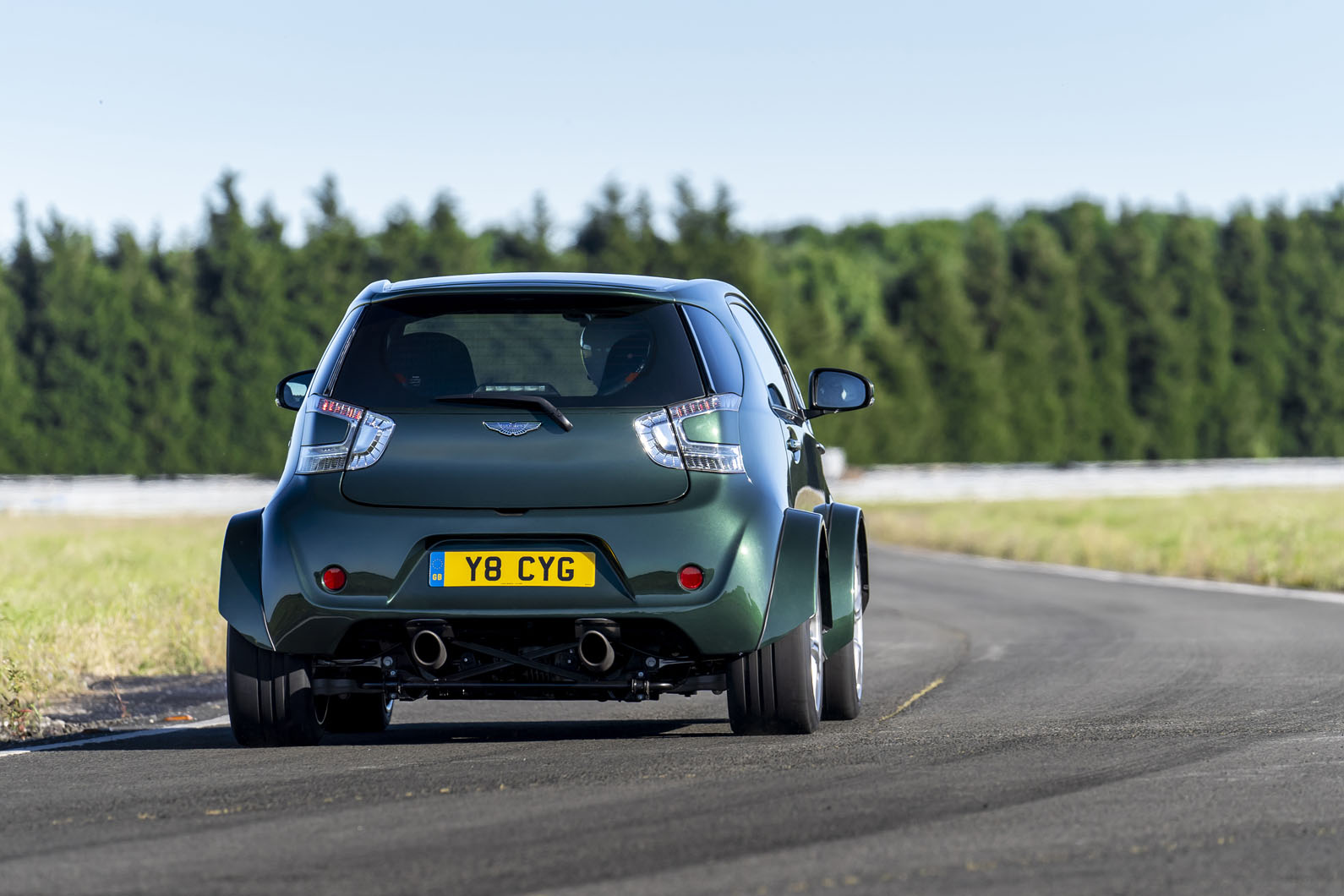 There’s also a welded-in FIA-compliant roll-cage and race-spec cabin with Recaro Pole Position bucket seats and a cabonfibre dashboard, helping to trim the kerb weight to 1375kg, meaning power to weight is actually better than that of the Vantage S. It therefore accelerates from 0-62mph six-tenths quicker than the discontinued sports car, taking 4.2sec. Top speed is 170mph, which is 64mph quicker than the standard, 1.3-litre-engined Cygnet could manage.

The car also stops more effectively thanks to 380mm front discs with six-piston calipers and 330mm rear discs with four-piston calipers, while the suspension set-up comprises independent double wishbones at the front and rear. There are lightweight 19in wheels (up from 16s on the standard car), which are mounted on a widened track that requires the carbonfibre wide arches that have been produced specifically for the car. 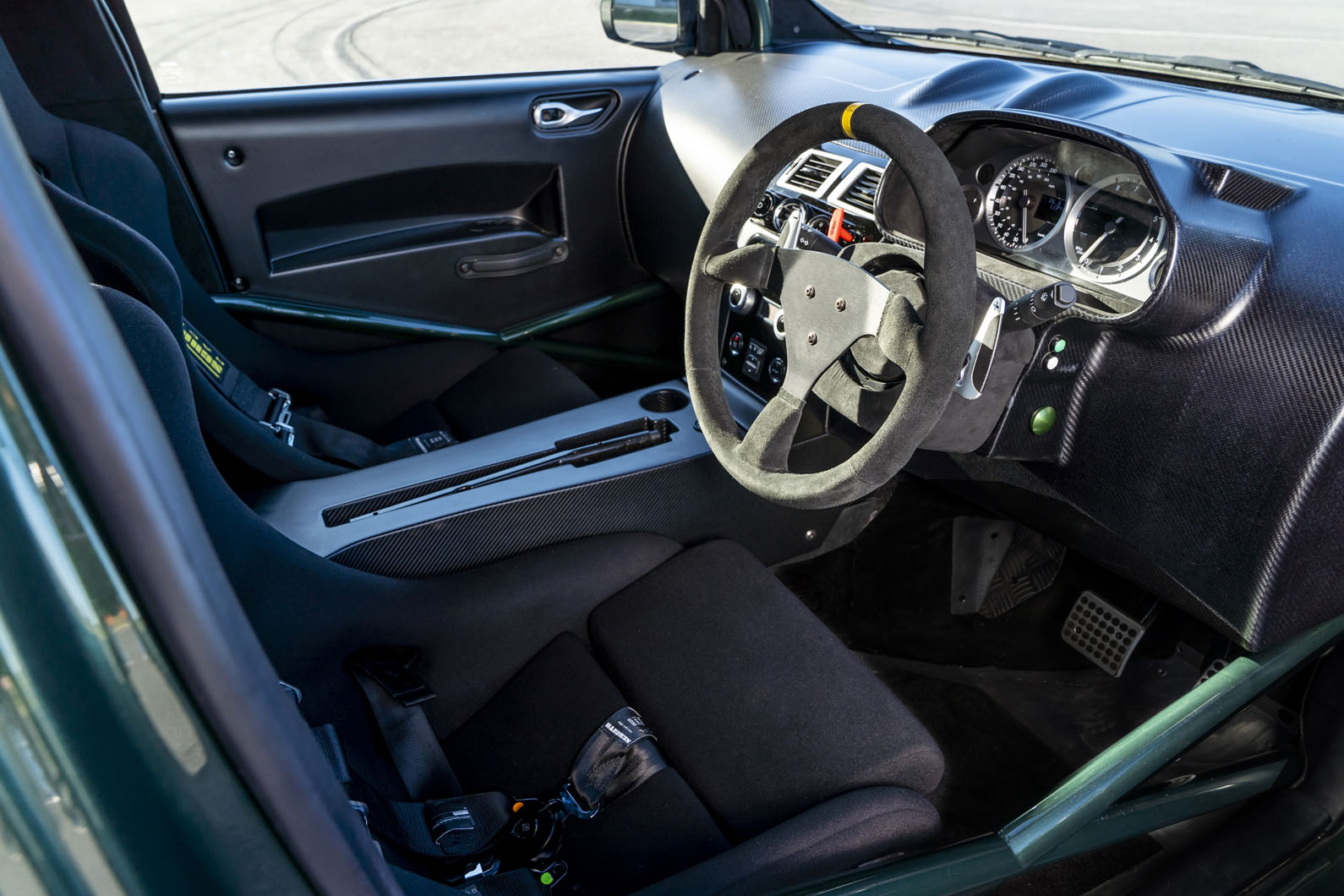 Aston Martin vice president and Special Operations officer David King said the model, which is claimed to have a perfect 50:50 weight distribution, illustrates the brand’s “fun side”.

“It is also a fine example of the engineering talent within the company as it’s no small achievement to fit the Vantage’s V8 engine so harmoniously into the Cygnet’s compact body,” he said. “I am sure that it will amaze and thrill people when they see and hear it on the hill at the Festival of Speed.”

In pictures: the best of Mercedes-AMG

Oh my, how badly I want to drive this car, you just can`t even imagine. It`s so cool)

For now, I`m just an outsource writer and paper writing helper at draftify.net. But I wish that someday my dream come true)

"...meaning power to weight is actually better than that of the Vantage S..."

I should fucking hope so.  It may share the engine and gearbox, but it has about a third of the body.  It looks pretty fiery and I reckon it must be a massive pile of fun to drive, and it'll slot into tiny spaces when parking too, which a Vantage certainly won't.

Not that quick then?

I’d have thought with so little weight to shift it would have been faster than this....!?

Clearly the thing gained hundreds of kg. through that conversion. That drivetrain must really be quite heawy.