BACK TO ALL NEWS
Currently reading: Porsche 991 RSR racer makes debut at Goodwood
UP NEXT
New Porsche Taycan Sport Turismo on sale from £73,560

Homologation rules mean the latest 992-generation 911 will need to receive a Weissach upgrade before it becomes eligible for GT racing.

The RSR spent two years in development, including a 33hr endurance test at Paul Ricard circuit in March this year. 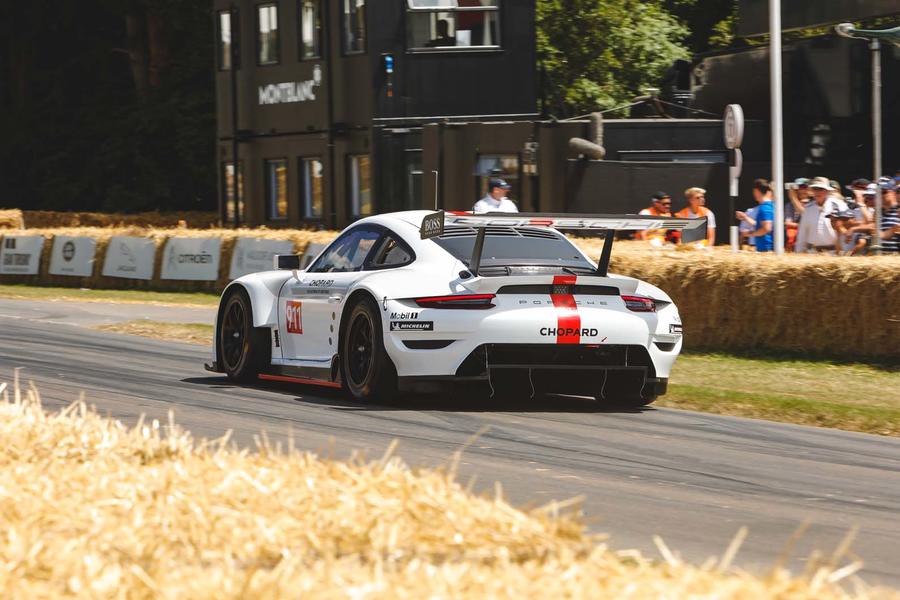 It uses a water-cooled, 4.2-litre naturally aspirated flat six that sends 515bhp to the rear wheels through a sequential six-speed gearbox. A brand new side exit exhaust system saves weight and provides an aeroynamic advantage over the previous design, with a redesigned diffuser creating even more downforce.

Only the seats, clutch, headlamps and elements of the suspension system were kept from the old car, with 95% of components being new. New side impact panels developed with the FIA better protect the driver in the event of a collision. Before balance of performance, the car weighs in at 1245kg.

“We never rest on our laurels,” Pascal Zurlinden, Porsche's director of GT Factory motorsport, said. “We have made significant progress in the development of our car for the next three-year homologation period, especially in the complex areas of driveability, efficiency, durability and serviceability."

The RSR will make its racing debut at the WEC 2019/2020 season opener at Silverstone on the 1st of September, with two unique liveries - a first for the Porsche team, who have previously run identically-liveried cars. Porsche's works team has exclusive use of the new model, with customer racing teams will continue with the outgoing 991.1-based RSR for another year.

R8 LMS GT2 is Audi’s most powerful customer racer yet