Previewed by various concepts, this Rapide E is the final version that will be delivered to customers later this year. It is significant both as the first Aston EV and the first model to leave the brand’s new ‘home of electrification’ facility in St Athan, Wales.

Limited to 155 examples and available to order now at an undisclosed price, the Rapide E features a front end redesigned from Aston Martin the standard Rapide to aid cooling and aerodynamics. It also provides a visual link to Aston’s latest models such as the DBS Superleggera.

Less visible but equally significant are the changes to the underfloor, directing airflow from the front splitter to a new, larger rear diffuser made possible by the removal of the exhaust system. Numerous other changes add up to an 8% improvement in aero efficiency over the old petrol-powered Rapide. 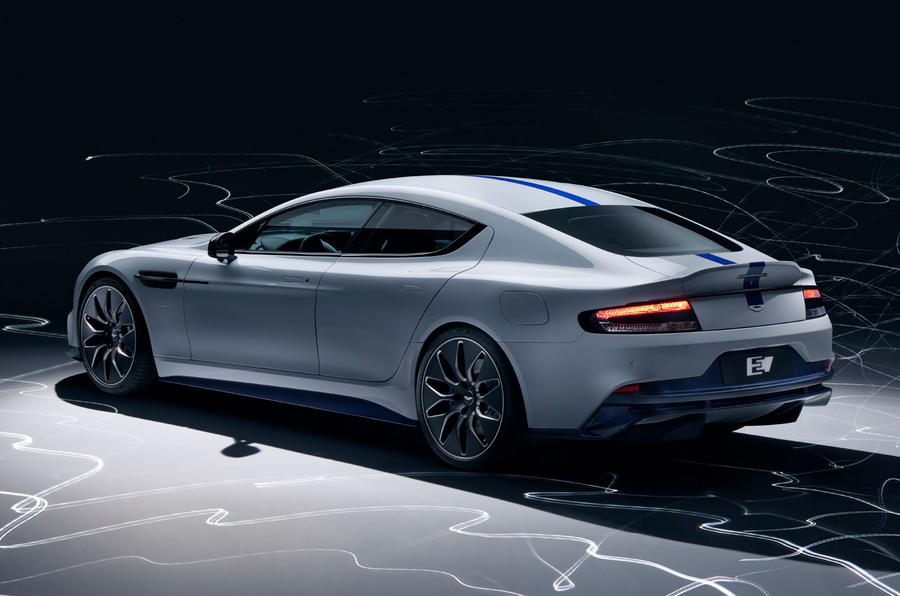 The interior has been overhauled, too, bringing the nine year-old Rapide’s design up to date with the rest of the range. The most significant upgrade is the 10in digital instrument display showing key information such as battery charge level, motor power levels, energy usage and regenerative braking. Aston also claims extensive use of carbon fibre throughout the cabin to help reduce weight.

The Rapide E’s electric propulsion system is packaged within the space left by the removal of the original 6.0-litre V12 engine. It’s powered by an 800V battery pack encased in carbon fibre and kevlar, feeding two rear-mounted electric motors, making a ‘combined target output’ of just over 602bhp and 701 lb ft of torque.

Aston claims a sub-4.0sec 0-60mph time, a 50-70mph time of 1.5 seconds and a top speed of 155mph. Though those figures don’t better the fastest Tesla models, Aston claims the performance is “not restricted to a narrow window of battery charge of climatic conditions”, instead delivered in a “consistent and repeatable way”. 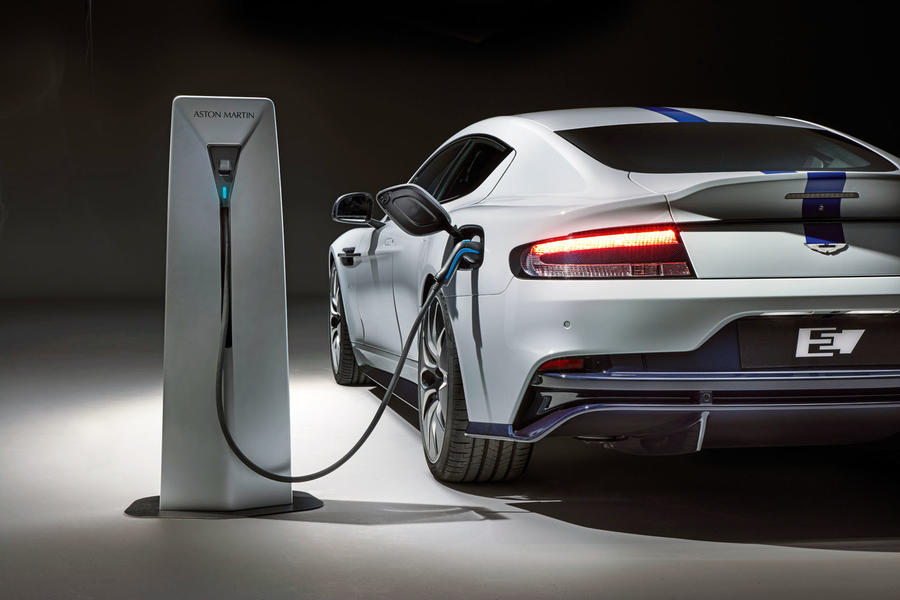 The car’s range is pegged at just over 200 miles under the new, more realistic WLTP measuring regime. The 800v, 65kWh battery system is capable of delivering 100kW or higher of battery charge using a suitable charger, while an on-board AC charger can take the Rapide E from empty to full in three hours.

Aston Martin has also paid careful attention to the Rapide E’s chassis tuning, bringing in revised spring and damper rates and a new limited-slip differential to handle the torque. Three driving modes also feature, while Aston claims the handling characteristics of the Rapide AMR have been retained.

Aston CEO Andy Palmer commented that the Rapide E’s unveiling marked “a truly historic step. One that signals Aston Martin is prepared for the huge challenge of an environmentally responsible and sustainable future”.

The Rapide E was first seen on UK soil at the Fully Charged Live show at Silverstone last month, and had previously made its global dynamic debut at Monaco during the recent Formula E race there.

Wow, that is what I was searching for, what a material!Gift here at this internet site, thank you admin of this internet web site.

New model s raven will wipe the floor walls and ceiling with this overpriced dinosaur?

Just trading with the old worn out name.

And how much will they RIP you off to the tune off...?

"Limited to 155 examples and available to order now at an undisclosed price" how does that work then, do you keep handing over money till they say that's enough. OR, do they charge different prices according to demand at the time?