BACK TO ALL NEWS
Currently reading: Alfa Romeo Racing edition Giulia and Stelvio celebrate F1 return at Goodwood
UP NEXT
Bentley Batur: new Mulliner car to arrive on 21 August

Alfa Romeo has brought its Alfa Romeo Racing Giulia and Stelvio Quadrifoglio to this year's Goodwood Festival of Speed, to mark order books opening for the limited edition models.

The special versions of the Giulia Quadrifoglio and Stelvio Quadrifoglio share a red-and-white livery inspired by the company's return to Formula 1 for the 2019 season. Each car gains an Akrapovič titanium exhaust, which liberates 10bhp from the 2.9-litre BiTurbo V6 in both cars.

An aero package developed with help from Sauber adds a unique front splitter, more prominent rear spoiler and wider side skirts. Inside the cabin, unique stylistic details include Sparco racing seats with red stitching and carbonfibre shells, and carbonfibre inserts in the gearknob and steering wheel.

Just ten Giulia and three Stelvio models will initially be made available for UK customers, with prices starting from £89,500 for the Giulia saloon and £96,500 for the Stelvio SUV.

Both cars will be taking part in the Goodwood hillclimb at this year's Festival. 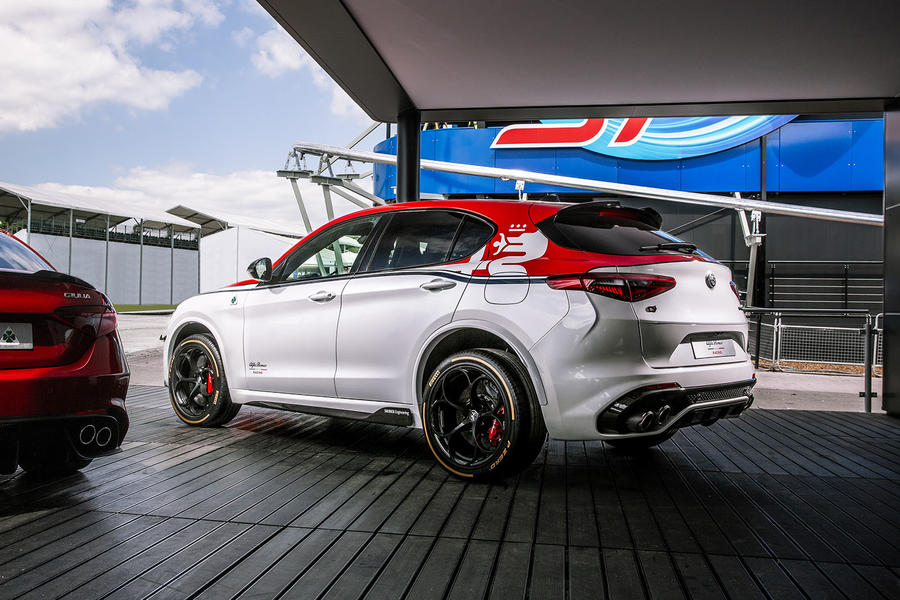 The Alfa Romeo Racing edition cars were first revealed at the Geneva motor show earlier this year alongside the Stelvio Ti, equipped with a 276bhp 2.0-litre turbo petrol engine, and a Giulia Veloce Ti in Misano Blue featuring extensive use of carbonfibre.

Alfa also used that event to announce trim level revisions and a rejigging of the engine range for the 2019 Alfa Alfa Romeo Giulietta: the Super, the Speciale and the Veloce. There is now a choice of three different Euro 6D-compliant engines – a 1.4-litre 118bhp turbo petrol and 1.6-litre 118bhp diesel in manual or automatic, plus a 2.0-litre 168bhp diesel available in TCT automatic transmission only.

And just how long can the Giulietta carry on for, despite having a powerful 118hp petrol to carry on the Alfa tradition of power and desirability

For driving  around a races it’s fine, but it’s a bit in your face on public Roads, sorry Alfa, fan of the Car but not this paint job.