BACK TO ALL NEWS
Currently reading: Volkswagen T-Roc to appear at 2017 Geneva motor show
UP NEXT
New 2023 Audi A4 Avant undergoes tests in the Alps

Volkswagen is set to expand its Volkswagen Golf line-up next year with a new crossover-style SUV model influenced by the T-Roc concept.

The new high-riding Golf-based model is set to make its debut in lightly veiled concept form at the Geneva motor show next March, prior to the unveiling of a definitive production version during the second half of 2017, according to Wolfsburg officials.

The new high riding model will slot into the Volkswagen line-up underneath the second-generation Volkswagen Tiguan at a price expected to start at around £19,000.

Earlier reports suggested the new Volkswagen SUV would eschew the T-Roc badge for a more conventional name. Copyright documents obtained by Autocar reveal Volkswagen has registered alternative names, including Teracor, but Volkswagen boss Herbert Diess has now confirmed a decision has been made to retain the T-Roc name for production. 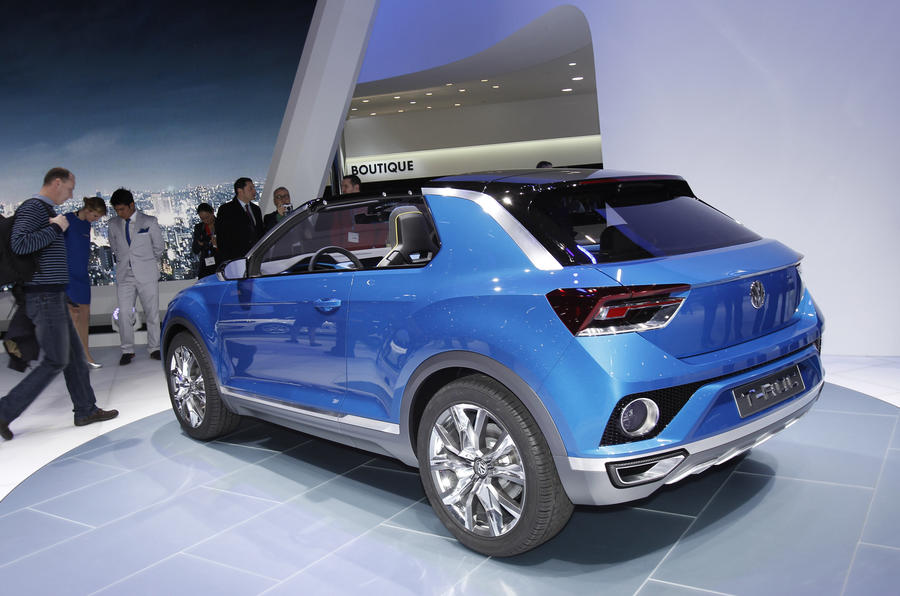 Unlike the original targa roof-touting T-Roc concept revealed in 2014, the production version of Volkswagen’s latest SUV is planned to receive a fixed roof and five-door hatchback layout similar to that of its more conventional Golf siblings. While adopting typical Volkswagen styling elements, the new SUV will sport a uniquely styled steel body, according to factory sources

In concept car, the T-Roc measures 4178mm long, 1831mm wide and 1501mm high – dimensions it is expected to retain in production guise.

Like the Golf and Tiguan, the T-Roc is based on Volkswagen’s versatile MQB platform. It is expected to come with a wheelbase similar to that of the Golf at 2640mm, or 41mm shorter than the Tiguan's.

Inside, the production T-Roc is set to adopt the same dashboard and features as the newly unveiled facelifted seventh-generation Golf, complete with an optional high-definition Active Info Display instrument pack and 9.2in infotainment monitor supporting touch, speech and gesture control.

Among the engines set to power the new Volkswagen is the company’s turbocharged 1.0-litre three-cylinder petrol engine with 113bhp as well as the new turbocharged 1.5-litre four-cylinder TSI Evo units unveiled in the facelifted Golf in 128bhp and 148bhp guises. 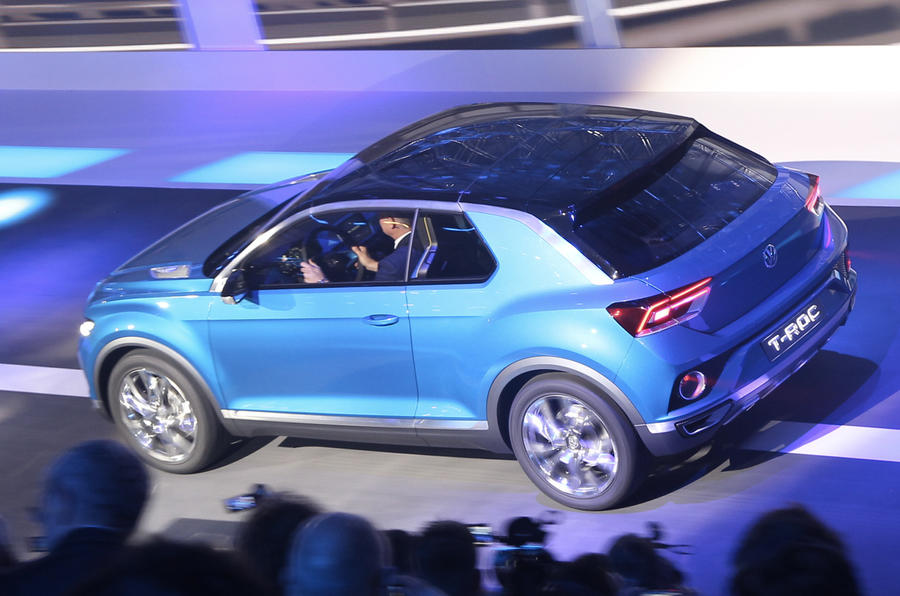 Also planned is a turbocharged 2.0-litre four-cylinder petrol engine that will provide the basis for T-Roc GTI with up to 242bhp.

The diesel line-up will included updated versions of Volkswagen’s 1.6-litre and 2.0-litre four-cylinder engines, which Diess describes as being “cleaner than most from rival manufacturers”.

Alongside front-wheel drive, selected T-Roc models are also planned to offer four-wheel drive, either as an option or as standard. Gearboxes will include a standard six-speed manual and optional seven-speed DSG dual-clutch automatic.

Also under development are plug-in hybrid and pure-electric versions in respective T-Roc GTE and e-T-Roc models. They are planned to share their drivelines with the Golf GTE andVolkswagen e-Golf, the latter of which adopts a larger battery for 2017 in a move claimed to provide it with a range of up to 186 miles.

The T-Roc is one of three new SUVs to be added to the Volkswagen line-up before the end of 2019. The larger Atlas, which is reserved primarily for the US and Chinese markets, made its debut late last month. An even smaller model, previewed by the T-Breeze concept at this year’s Geneva motor show, is planned to go into production by 2019.

Guys, you reported in 26th October that the number of Golf variants was to be reduced.
Which is it?
G