BACK TO ALL NEWS
Currently reading: New Audi SQ5 TDI diesel arrives with 516lb ft of torque
UP NEXT
Fisker goes radical with Pear EV SUV

Audi has revealed a diesel version of the Audi SQ5 performance SUV ahead of its public premiere at the Geneva motor show.

The new SQ5 TDI, which introduces a newly developed mild-hybrid diesel powertrain, is planned to go on sale in the UK later this year. 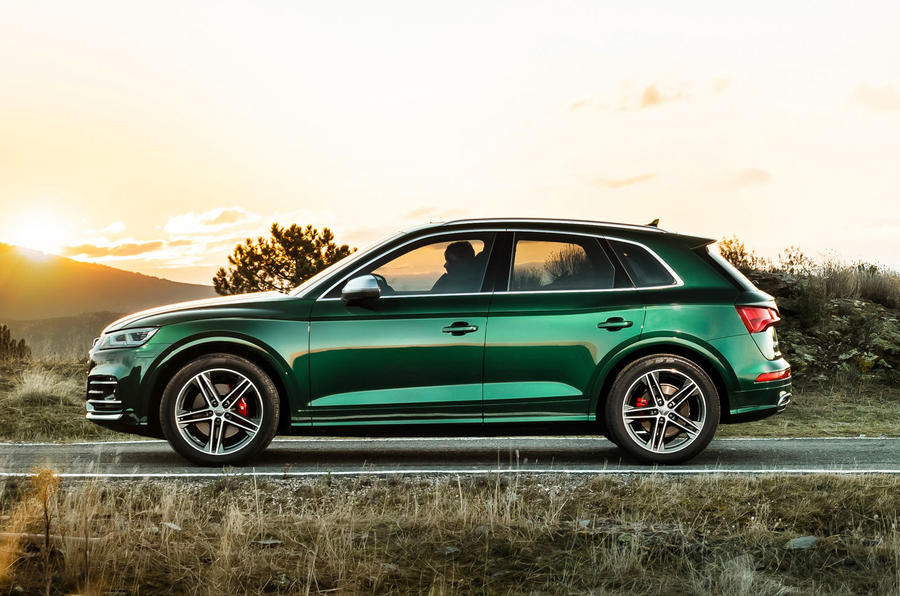 Mounted downstream of the engine's variable-vane turbocharger, the compressor is designed to boost induction for a reduction in lag and added low-end performance at engine speeds of up to 1650rpm. It's claimed to be capable of producing up to 1.4bar of pressure, compared with the 2.4bar of the turbo. 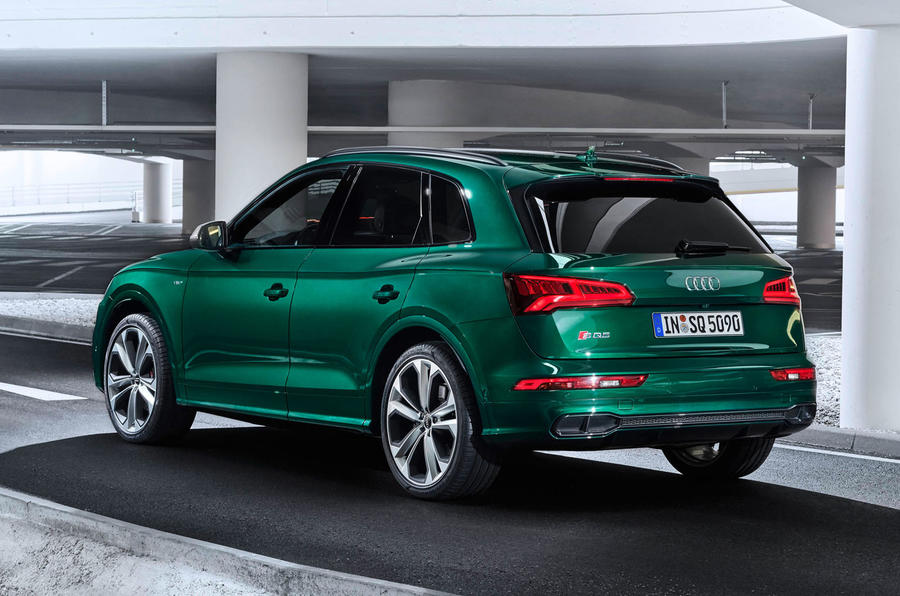 The SUV's mild hybrid system includes a belt-driven alternator starter (BAS) connected to the crankshaft. During braking, this is claimed to be capable of recuperating up to 12kW of kinetic energy, which is then stored in a lithium ion battery mounted under the boot floor. 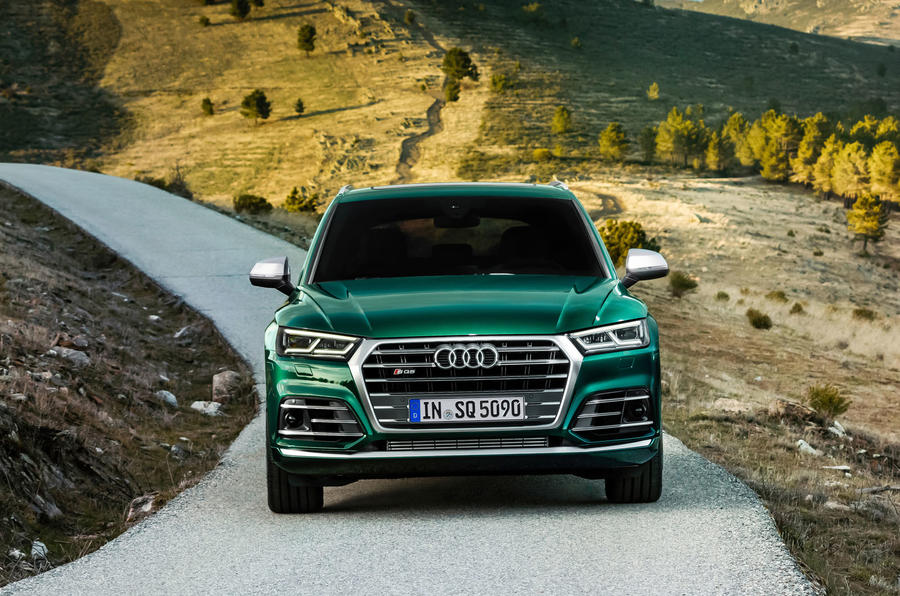 The BAS also provides the SQ5 TDI with a coasting function, wherein the engine is shut down during short periods of trailing throttle for added fuel savings. Overall consumption is put at 32.5-34.4mpg on the WLTP cycle, with a CO2 emissions figure of 177g/km (NEDC correlated).

Like its petrol sibling, the SQ5 TDI uses an eight-speed torque-converter automatic gearbox and Audi's quattro four-wheel drive system. This nominally apportions 40% drive to the front axle and 60% to the rear but has the ability to send up to 85% rearward. Buyers can specify a sports differential for the rear axle, bringing a torque vectoring function to vary the amount of drive sent to each rear wheel. 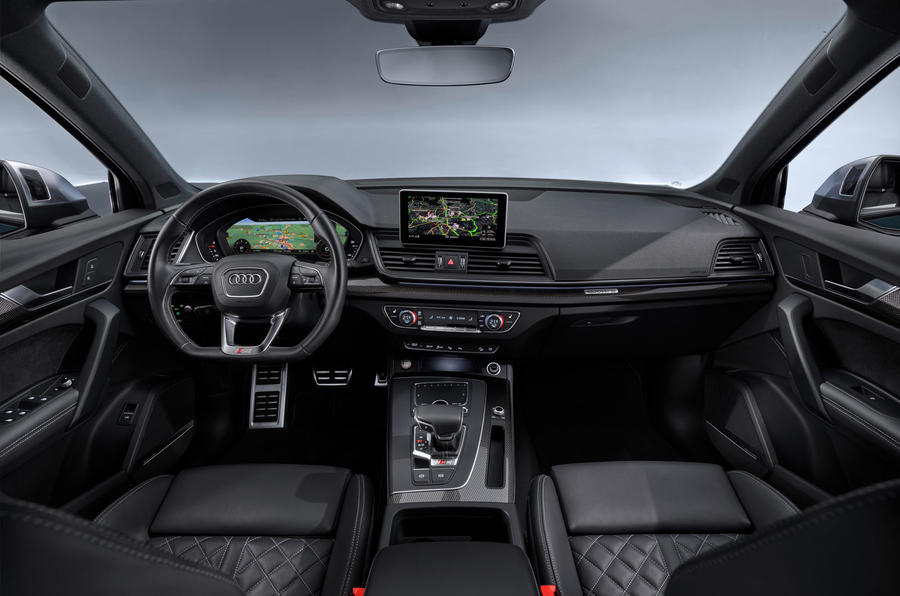 Further options include an adaptive air suspension in place of the standard steel spring set-up, which comes with adaptive dampers and a 30mm reduction in ride height over the standard Audi Q5, and variable-ratio Dynamic Steering.

The SQ5 TDI is differentiated from standard Q5 models by a series of exterior styling changes that includes reprofiled bumpers, a brushed aluminium grille and a rear diffuser. The standard alloy wheels are 20in in diameter, with 21in items available as an option in combination with red brake calipers. 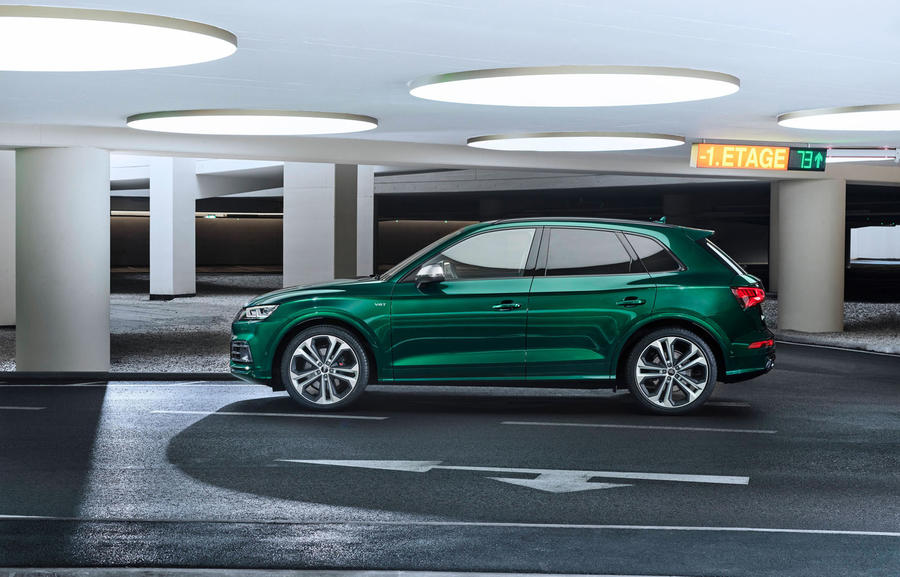 Inside, the SQ5 TDI adopts sports seats in Alcantara and leather, a leather-wrapped multi-function steering wheel, an S-themed 12.3in Virtual Cockpit digital instrument display and new aluminium trim elements. Among the options are a Bang & Olufsen sound system and Audi’s latest connectivity suite, which includes a wireless smartphone charging tray.

Can't order the petrol one anymore

All the decent petrol powered SQ5s, A4's, RS's etc are no longer available to order.  VAG have really messed up the WLTP timings

Generally speaking I dont mind the tablet sticking out from the dashboard if it can be seen as a contrasting feature but in this case the tablet simply looks like an afterthought. It doesnt even form a contrasting pair with what surrounds it. A decade or so ago when Audi was design-led such poor design decision was unthinkable, but Audi in 2019 is but a pale shadow of its former self (designwise). If Audi wants to retain and attract visually discerning customers it needs to revive its design language, both interior and exterior.

Afer removing the EGR and

Afer removing the EGR and other associated gov't rubbish, and with a super clean tune from Malone Tuning, the TDI will be a BEAST! A true powerhouse of torques and Gs