BACK TO ALL NEWS
Currently reading: Italdesign DaVinci concept previews electric grand tourer
UP NEXT
Testing the UK's newest circuit in a Porsche Cayenne Turbo GT

Italian design house Italdesign has officially unveiled its four-seater electric supercar concept, the DaVinci, at the Geneva motor show, having teased what appeared to be a stylish saloon in late February. It has been made entirely in the firm’s Moncalieri plant in Italy.

Although Italdesign predominantly undertakes styling work for other car firms, its own branded designs have included the Zerouno sports car, from which the new DaVinci takes some stylistic cues such as the Y-Duct bonnet air duct system. The truncated back end features an active spoiler and some outrageous rear lights in an exploded design. It also has expansive gullwing doors, through which the front and back seats can be accessed at the same time. 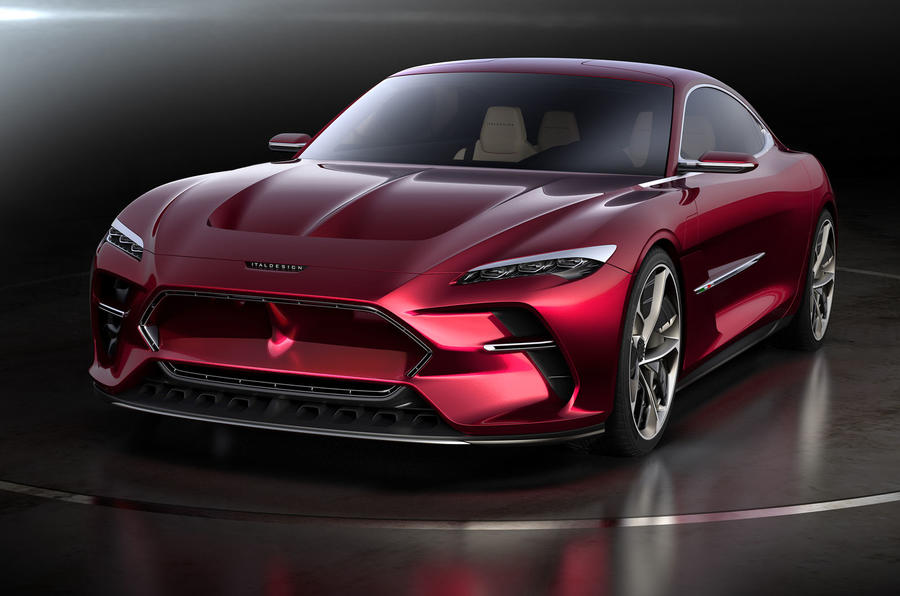 The interior is home to an asymmetrical dashboard that is slightly angled towards the driver. There are three screens: one replacing the driver’s instrument panel behind the steering wheel; one in front of the passenger; and another atop the central tunnel, from which major functions such as climate, infotainment and travel data can be controlled.

Elsewhere, the interior’s Alcantara fabric is interactive, featuring control buttons directly integrated into the upholstery. Up front, backlit controls shine out from inside the dashboard fabric, as opposed to conventional buttons.

The new car will not go into production as it is, but is instead intended as a platform for other brands to adopt and alter to their own preferences. 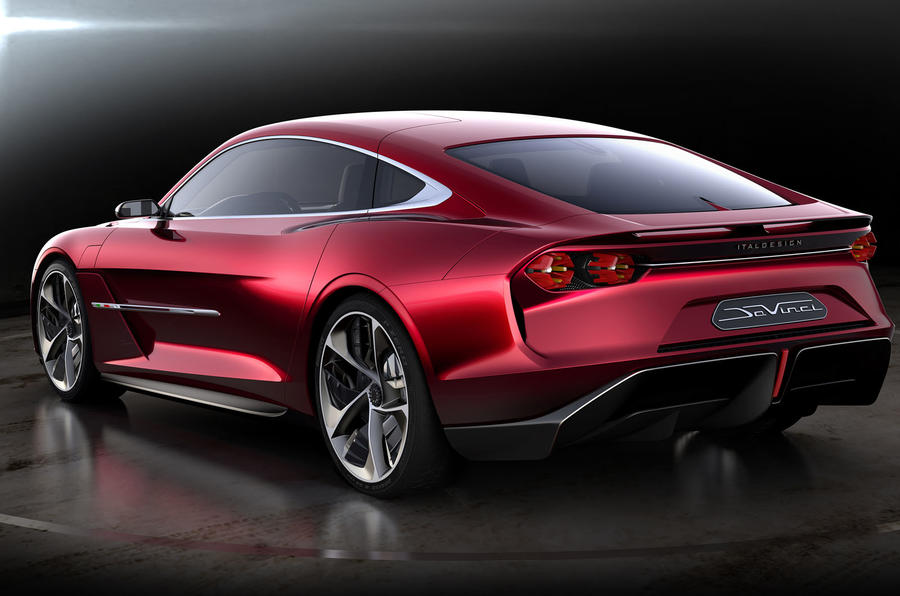 An intriguing, innovative take on the supercar concept

Italdesign says that "with a few changes", the DaVinci is ready for production. There is no engine or electric motor, for instance, although the platform is capable of housing one electric motor in the front and one on the rear axle, with space for batteries in the chassis floor.

There is also a version that can accommodate an internal combustion engine with some modifications to the central tunnel, in which components for transmission and all-wheel drive can nominally be fitted. The version was developed around a 4.0-litre V8. 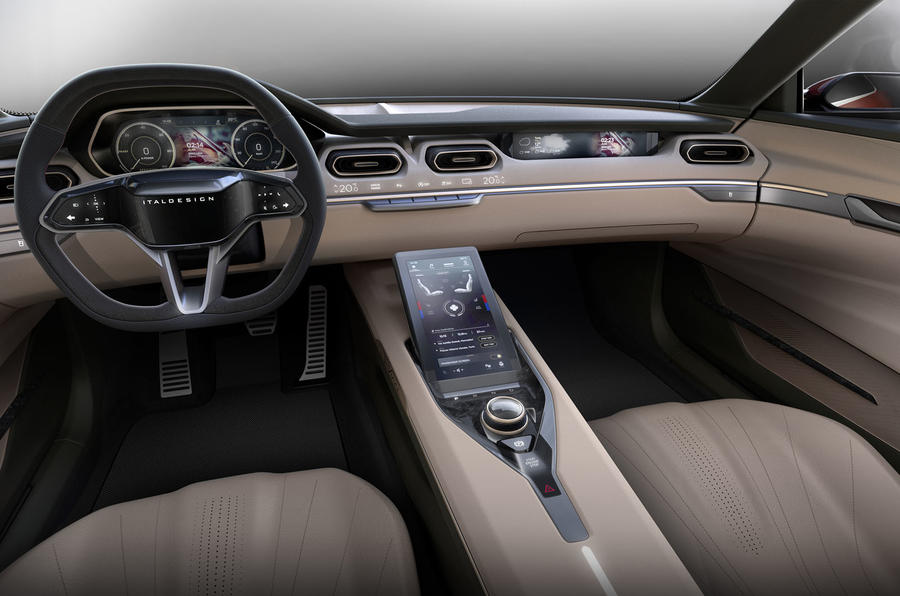 Specific stats surrounding potential performance are unavailable, although the general design of the car, as well as Italdesign’s history and reputation, suggest the DaVinci platform will be no sloth, regardless of which brands make it their own. Similarly, there is no mention of boot space, if applicable.

The DaVinci is also featured with Pirelli’s ‘Elect’ tyres, which are specially designed for use in electric and plug-in hybrid vehicles, delivering a low rolling resistance and low road noise.

Can't help thinking an Audi A7 is hidden in there somewhere......

The front of the car does not

The front of the car does not exactly do the car any favours...due to the bonnet having wonky pieces of metal stuck on randomly so the manufacture could get to the microave for lunch...

Apart from that the inside leather of the car is class and it would pass as 2005 Rolls Royce. It has all the latest tech kit inside which give the car a modern look.

With the exception of the front, the rest of the car looks sleek and perfect for the ultimate boy racer.

There could definetely be some additional features added to the car which would decrease its bashed up wingmirror features.

where is the car market heading??:):)

True, where is the car market heading, this supposed car looks more an upside down soapbox more than anything else. I would geniuinly recommend italdesign-davinci to start selling Fiat 500's because it is 100 times more athessically pleasing. The inside of the car looks like a fishtank and the exterior doors are 1940 style. I feel these one man band concepts need to be changed... and soon.

You don't have a clue

I dont know who you are but I feel that you have little love in your heart for cars or pure passion for this hobbie. This car is a tru reflection of the car work and diciplin put into creating new and innovative products for todays society. I think that a love for a car is very much a personal opinion, however when your judgement is innaccurate and unreflective on a unique vehicle it shows you lack of heart for cars. I belive that this car is an inspriation to the market and shows the positive outwardness and boldness of a young company wishing to make a statement on todays carlovers.

where is the car market heading??:):)

True, where is the car market heading, this supposed car looks more an upside down soapbox more than anything else. I would geniuinly recommend italdesign-davinci to start selling Fiat 500's because it is 100 times more athessically pleasing. The inside of the car looks like a fishtank and the exterior doors are 1940 style. I feel these one man band concepts need to be changed... and soon.

It's such a bitty design,

It's such a bitty design, especially the front, that Ital might as well flog it off to Maserati the grand master of bitty design.