BACK TO ALL NEWS
Currently reading: Audi R8 V10 Decennium marks 10 years of production
UP NEXT
Hope for Bloodhound LSR project as sponsor talks start again

Audi has revealed a new limited-edition 2019 version of the R8 V10 Performance, called the Decennium.

The model is planned to be produced in a run of 222 at Audi Sport's Böllinger Höfe factory on the outskirts of Neckarsulm, Germany, in homage to the launch of the first V10-engined R8 in 2009.

The Decennium name comes from the Latin for 'decade'.

The R8 V10 Decennium made a low-key debut at next week’s Geneva motor show, away from Audi's main stand, as it had committed to only displaying electric or hybrid models there for 2019. It will be offered in the coupé bodystyle only. It comes as standard with Daytona Grey matt paint, but buyers can choose from a further five colours in the R8 catalogue. 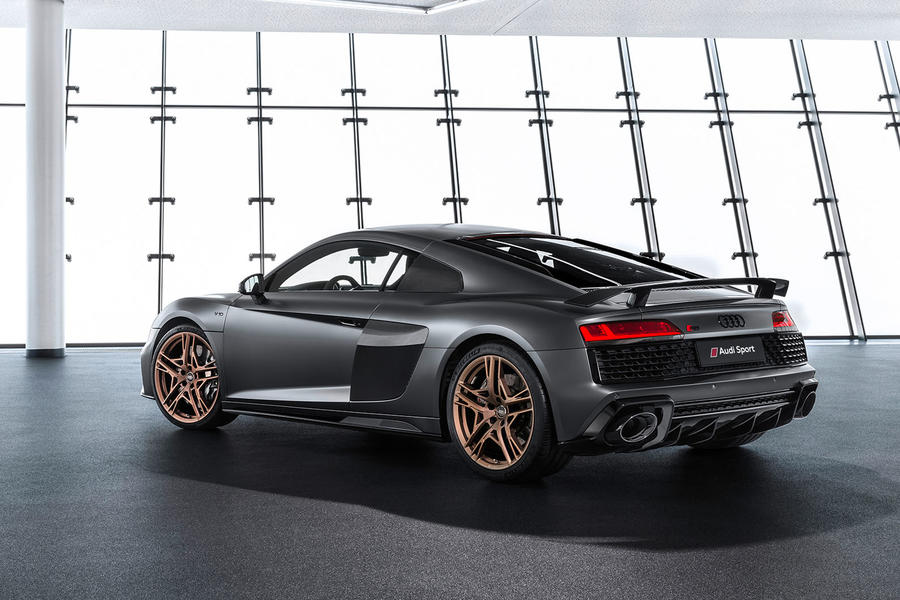 Among the details that differentiate the R8 V10 Decennium from the standard R8 V10 is a black gloss finish for the front spoiler, side sills and diffuser, while the carbonfibre side blades and exterior mirror housings receive a high-gloss finish. The standard 20in wheels and the intake manifold are finished in matt bronze. 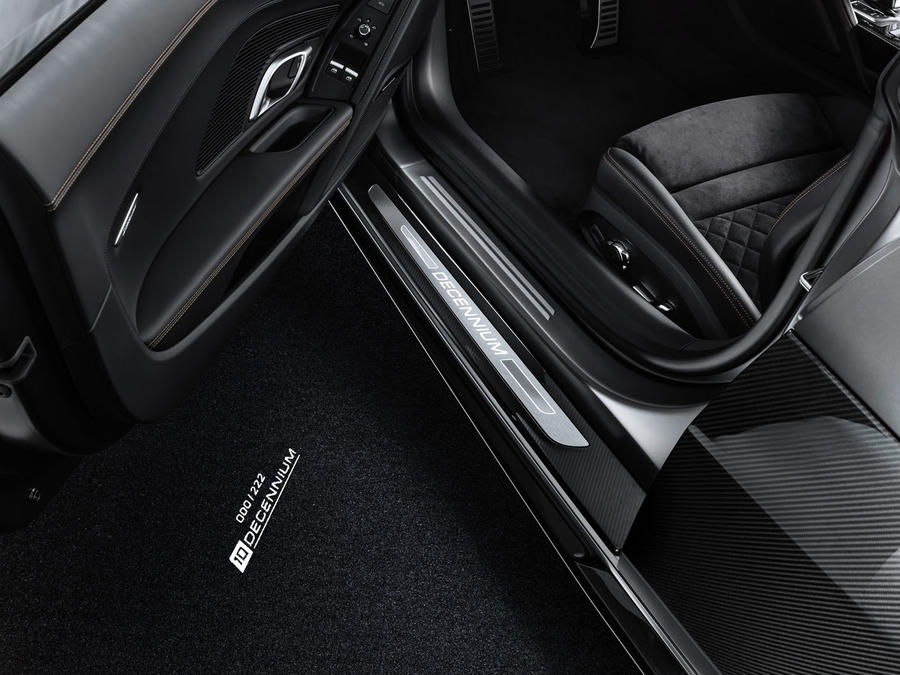 Inside, the limited-edition R8 features a 'Decennium' logo on its centre console and door sills. This is also displayed by puddle lamps integrated into the door mirror housings.

Very mean looking car, and they will always sell.

I would say they have pretty much mastered the interior.

And by the way... if you look closely, there is a Nissan Micra parked up the exhaust!!

We can criticise all we want

We can criticise all we want but the fact is it still looks good, and they will still sell. Which, presumably, is all Audi are worried about.

Not sure exactly what options are included...