The brand revealed its lightened version of its 124 sports car called the GT at the Geneva motor show.

The 124 GT gets a removable hard-top roof made of carbonfibre and weighing 16kg. It's lined on the inside, although it has to be stored separately when not in use, unlike the Mazda MX-5 RF’s folding hard top.

The roof’s carbonfibre construction is a market first. It's equipped with demisters in the rear window, insulation and soundproofing. The hard-top roof adds rigidity to the car’s chassis, although Abarth hasn’t specified by how much. 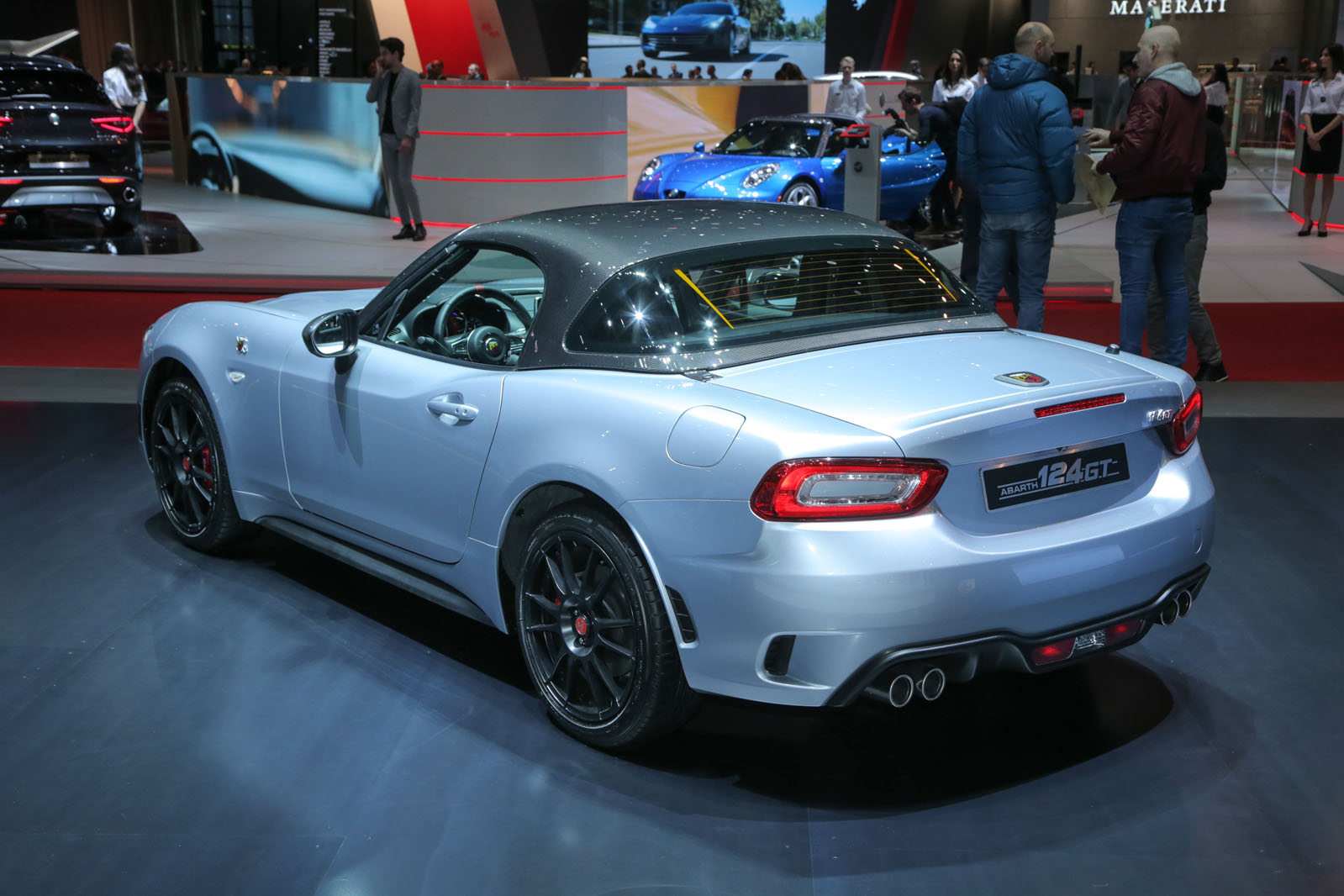 The 124 GT also gets tweaked styling and exclusive parts such as lightweight OZ alloys, which shave 3kg off the standard 124's kerb weight. The standard 124 weighs 1060kg, meaning the GT model should weigh 1073kg once the 16kg hard top is taken into account.

Performance is unchanged - the same 1.4-litre turbocharged engine gives 168bhp and 184lb ft of torque, so acceleration to 62mph remains unchanged at 6.8sec, with a 144mph top speed.

Honda Civic Type R vs Abarth 124 Spider: which is best?

Really?  How is it fastened to the chassis?

I hope Mazda offer their own version.

I hope Mazda offer their own version.