BACK TO ALL NEWS
Currently reading: 2020 Mercedes-AMG E53 gains more aggressive design
UP NEXT
Volkswagen ID Buzz to kick-start wave of enthusiast-oriented EVs

The new Mercedes-AMG E53 has been revealed, with the hot version of the revamped E-Class gaining more aggressive styling while retaining its 423bhp mild-hybrid 3.0-litre twin-turbo petrol powertrain.

The new version of the four-wheel-drive performance car features a bolder, bespoke AMG grille, revamped lights and a restyled aerodynamic diffuser and twin exhausts. The standard 19in wheels are aero-optimised alloys, a design that also features on the optional 20in version.

The design tweaks are intended to help the E53, which will be available in both saloon and estate forms, stand out from the regular E-Class. 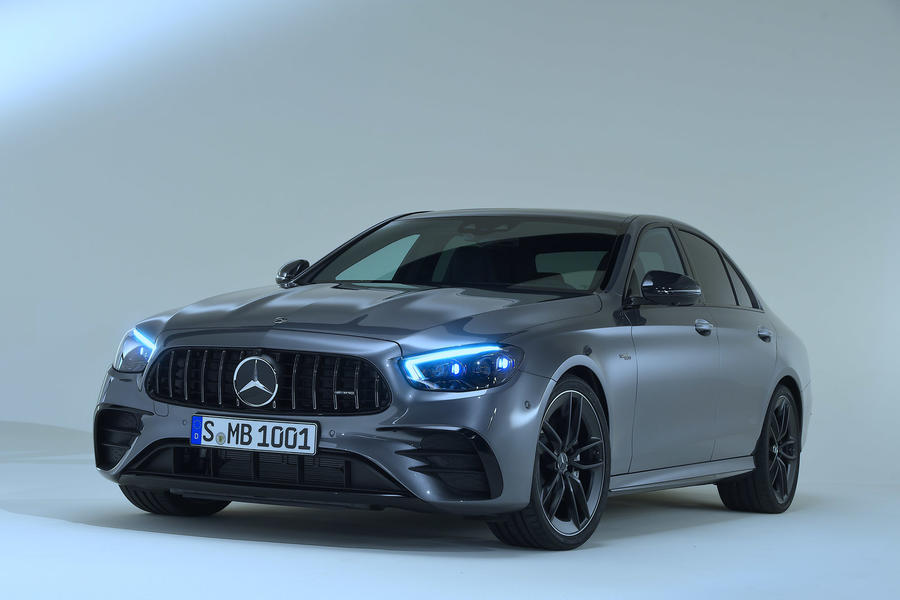 The 3.0-litre twin-turbo six-pot offers 423bhp and 295lb ft of torque, with a 48V starter-alternator electric motor adding an extra boost of 21bhp and 184lb ft when needed. The saloon maintains a 0-62mph time of 4.5sec, with the estate 0.1sec slower. The car has a top speed of 155mph, rising to 168mph with the optional AMG Driver's Package.

As before, that power is delivered through a nine-speed automatic gearbox, with the E53 featuring variable all-wheel-drive to deliver traction where needed. But while the powertrain is unchanged, E53 product manager Philipp Uttikal said other technical enhancements mean the new version represents “much more than a facelift”.

Uttikal said Mercedes has developed the AMG Dynamic Select drive mode and AMG Ride Control+ air suspension to broaden the performance of the car. The Dynamic Plus package, featuring a drift mode and visual upgrades, is also available on the E53 for the first time. The Dynamic Select system included five pre-set modes, and also integreated fnctions from the AMG Dynamic Select system, which proactively adjusts the car's electronic stability programme and all-wheel-drive systems based on the driver's actions and sensor data.

A corker of a mild-hybrid powertrain blends fireworks and refinement, but the E53's flat-footed AMG chassis should do more to entertain 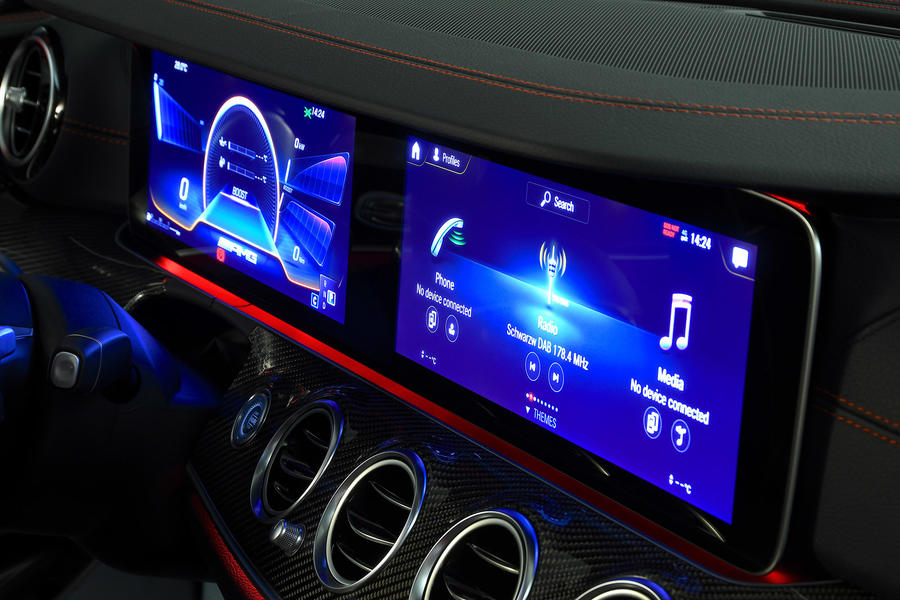 As wel as increasing the limited top speed, the AMG Dynamic Plus Package includes a special Race drive mode featuring a Drift Mode, an option previously only offered on eight-cylinder Mercedes-AMG models.

The AMG Track Pack software is now available as an option for the E53 for the first time. When lapping a race circuit it can track more than 80 data points, as well as displaying lap and sector times. It can also use the MBUX 'augmented reality' function to display a stored 'ideal line' for a race track.

The E53 also gets its own version of the new Mercedes-Benz steering wheel design featured in the E-Class. The AMG wheel utilises a three-spoke design, and features capacitive touch controls. It is finished in a choice of fabrics.

The E53 will be offered with an optional AMG Night Package, in which the front splitter, mirror caps, disc frame, exhaust pipes and other elements are finished in high-gloss black. A darkened version of the AMG grille is also available.

Pricing is unconfirmed, but it’s expected to rise slightly from the previous £63,790 starting point.