BACK TO ALL NEWS
Currently reading: Mercedes-AMG GT R Roadster: UK prices and specs revealed
UP NEXT
Tesla to expand select UK Superchargers to other electric vehicles

The flagship version of the Mercedes-AMG GT Roadster, the hardcore, limited-run R model, is now on sale, priced from £178,675.

Revealed back at the Geneva motor show and limited to just 750 units, the GT R Roadster shares its twin-turbocharged 4.0-litre V8 engine with the GT R coupé. This sends 577bhp and 516lb ft to the rear wheels via a seven-speed dual-clutch automatic gearbox. 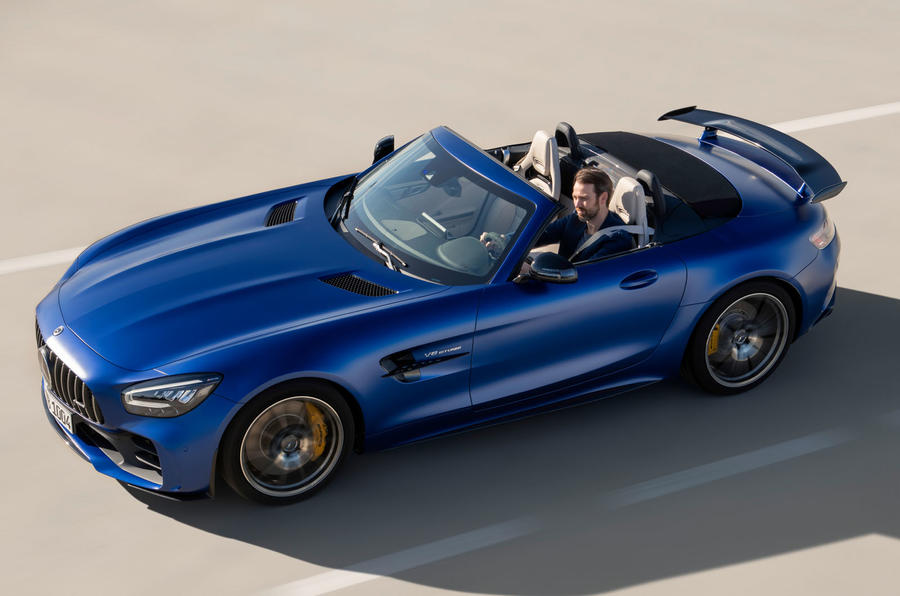 The GT R Roadster can hit 62mph from rest in just 3.6sec and reach a top speed of 197mph. That sprint time matches that of the GT R coupé, and the top speed is just 1mph shy of the fixed-roof model.

The aggressive styling of the coupé also translates to the Roadster, including the large fixed rear wing, while the likes of the coilover suspension, adjustable dampers – tuneable through several different driving modes – and rear-wheel active steering also feature, giving the GT R Roadster a very similar dynamic spec to the GT R coupé.

The aerodynamic package is also carried over, including the front lip spoiler, active aero front grille and large double rear diffuser that houses the tail-pipes. A wider track than the GT C Roadster allows for fitment of the larger lightweight 19in front, 20in rear alloy wheels, shod in Michelin Pilot Sport Cup 2 tyres and sized 273/35 front and 325/30 rear, while also improving stability. 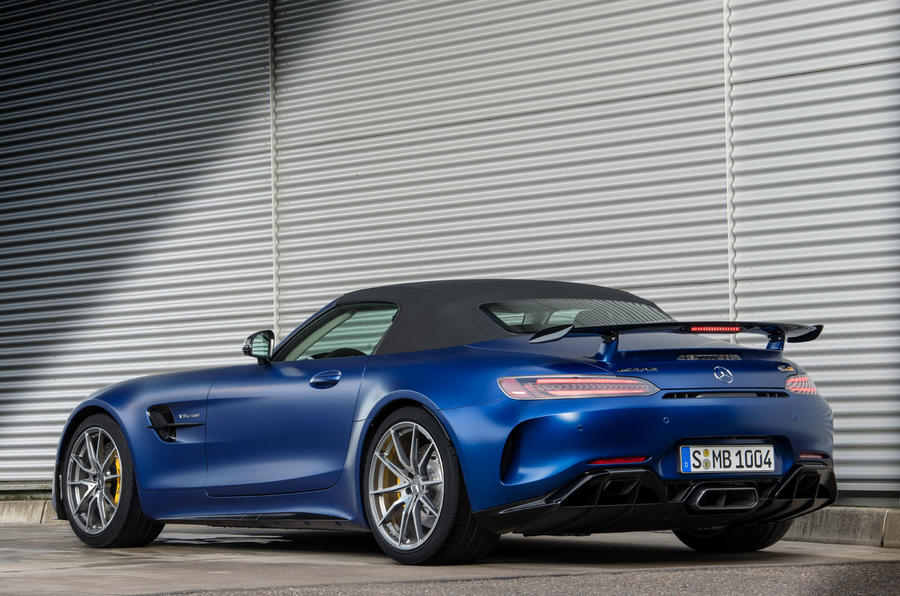 The three-layered fabric roof from the rest of the GT Roadster range carries over unchanged to the GT R Roadster. The model weighs 1710kg, an increase of 80kg over the GT R coupé. Rigidity improvements to mitigate the loss of strength in the GT’s conversion from coupé to convertible include thicker sill elements, an additional dashboard support and an aluminium cross-member integrated into the rear bulkhead that supports the fixed roll-over bars. 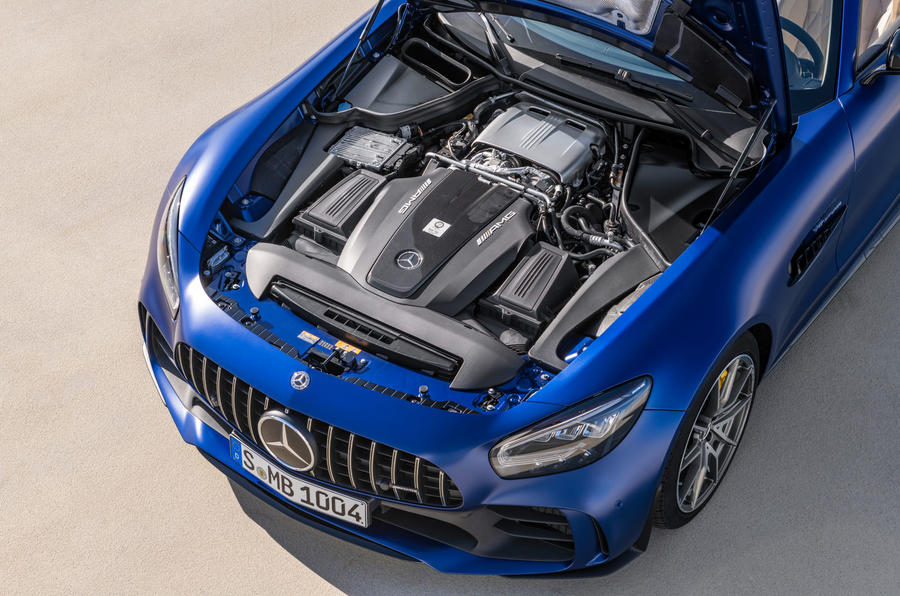 Each of the 750 models sold will have a bespoke badge on the centre console depicting that car’s number in the production run. The Porsche 911-rivalling GT range now runs to 16 versions, including hard and soft-top road cars and racing models.

Beauty is in the eye of a beholder.

I would love to posess AMG GT R coupe, in green. Powerboat on 4 wheels!

That is nice but