BACK TO ALL NEWS
Currently reading: 2017 BMW 4 Series facelift priced from £32,580
UP NEXT
GSR2: The new rules making cars safer but more expensive

The facelifted first-generation BMW 4 Series, first revealed at the Geneva motor show earlier this year, is set for UK deliveries in April with prices starting at £32,580 - £735 more than the old model.

It means the updated BMW's starting price is higher than those of its closest rivals, with the Audi A5 starting at £30,700 and the Mercedes-Benz C-Class range opening at £28,295.

The new 4 Series line-up, which encompasses the two-door coupé and Convertible, which starts from £37,630, and the four-door Gran Coupé, also priced from £32,580, receives a mildly altered front end, with lightly restyled air ducts in the lower bumper featuring on both the standard Luxury and higher-spec M-Sport variants.

BMW's also tweaked the handling of the 4 Series range, through widening their track - 14mm at the front and 20mm at the rear - stiffening the suspension and fettling the traction control. It claims that the cars now have a lower centre of gravity, by 40mm on the coupé, 30mm on the Gran Coupé and 20mm on the convertible, 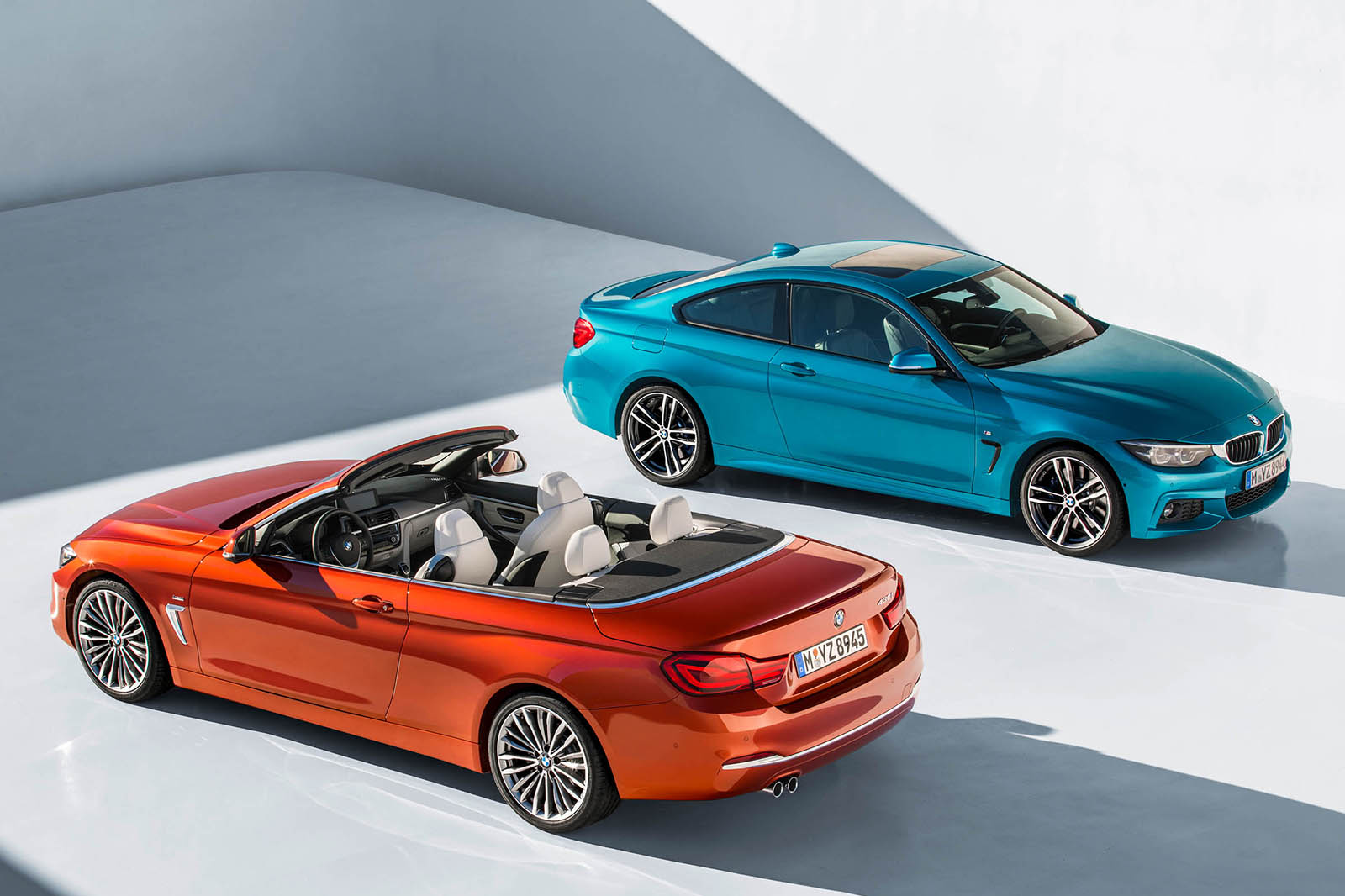 Further changes have been made to the headlights, which retain the same shape as before but receive a new internal graphic similar to that seen on the 2012 Concept 4 Series, with LEDs for both low and high beam together with an optional adaptive LED function.

At the rear, the model also adopts styling tweaks to the lights and bumper, mimicking the changes to the front end.

The changes inside are every bit as subtle as those made to the exterior. Included are a newly designed steering wheel and electroplated aluminium and chrome trim elements as well as high-gloss black panels and the choice of a number of different dashboard trim finishes, all mirroring the chances already brought to the 3 Series in 2016. 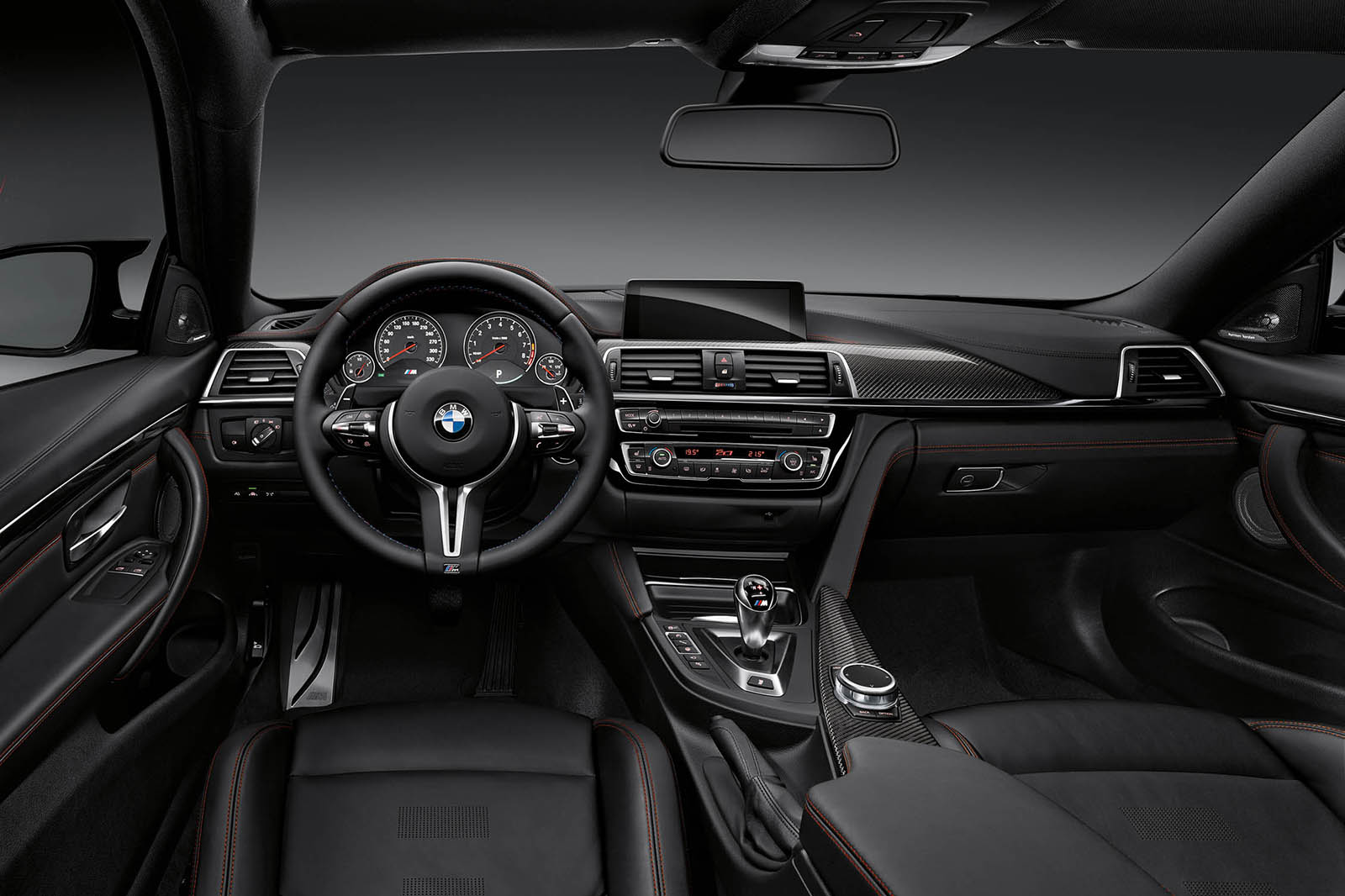 BMW has also updated the navigation system for the 4 Series, with the top-of-the-line Professional unit receiving a new interface with six tile-like icons, as seen on the latest 5 Series.

Having already received updated petrol and diesel engines as part of a running change last year, the 4 Series continues into the latter half of its planned seven-year model cycle without any significant drivetrain revisions.

The 4-Series Gran Coupé can also be ordered with the turbocharged 2.0-litre four-cylinder diesel engine developing 148bhp in the 418d.

The most economical of the line-up is the 420d, which returns a claimed 70.6mpg combined, with average CO2 emissions of 106g/km.

Depending on the engine, the 4 Series can be specified with the choice of either a six-speed manual or eight-speed torque converter-equipped automatic gearbox. Selected models can also be ordered with xDrive four-wheel drive in place of standard rear-wheel drive. 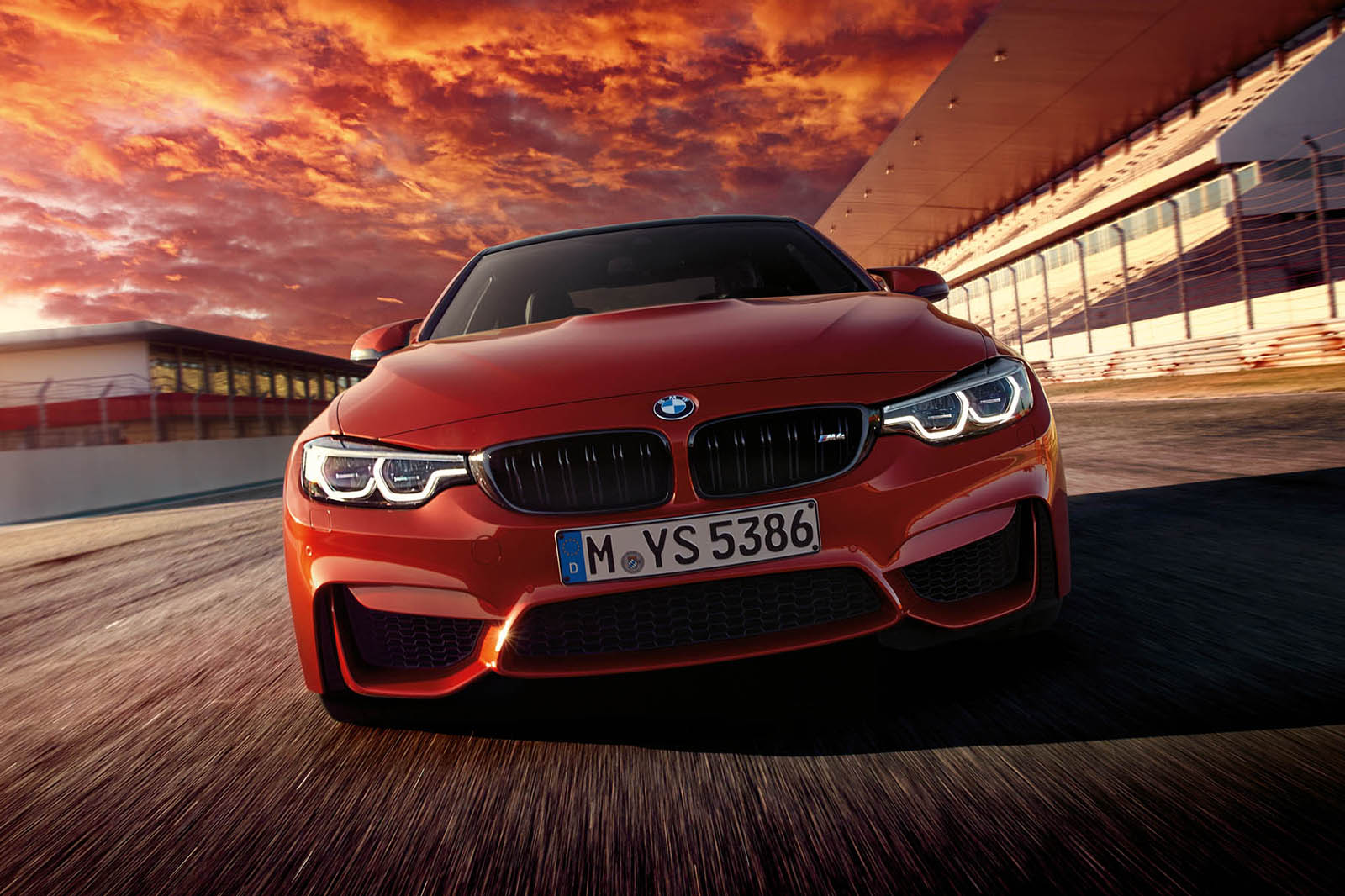 Heading the new 4cSeries line-up is a reworked M4, which is sold in both coupé and Convertible bodystyles. Mirroring the changes brought to standard 4 Series models, it receives freshened LED headlights and tail-lights together with a number of subtle interior upgrades.

Power for the M4 coupé and Convertible continues to hail from BMW M division’s twin-turbocharged 3.0-litre in-line six-cylinder engine, developing 425bhp in standard guise and 444bhp in combination with an optional Competition Package.

Since its introduction to the BMW line-up in 2013, the three-model-strong 4 Series has garnered more than 400,000 sales worldwide as a successor to the earlier 3-Series Coupe and Convertible.

Problem with modern cars is that their styling is dictated by whatever the latest version of CAD software allows. I don't think a car stylist draws "lines" on a blank piece paper any longer unless it's for some mega money sports car. You can sense when a design is "organic" or has some human input and when it doesn't.
bowsersheepdog 18 January 2017