BACK TO ALL NEWS
Currently reading: Land Rover design boss: "Defender isn't an evolution of the DC100"
UP NEXT
How a sat-nav can make you faster around a track

Unveiled eight years ago to the month, the DC100 (Defender Concept 100) concepts were billed as showcasing two potential design routes for the next-generation car. One was a rugged-looking three-door, the other a two-door convertible.

As likely intended, opinion was split, the convertible in particular drawing ire from Defender stalwarts for its leisure-orientated outlook. This, remember, was at a time when the Evoque was flying high and Range Rover and Range Rover Sport sales were booming, shifting the epicentre and profitability of the company as a result.

Nevertheless, at the time, Land Rover’s then brand director, John Edwards, told Autocar he was “massively encouraged” by the reaction to both concepts, and especially by feedback suggesting potential customers thought they were looking at a £45,000 car when it fact it was likely to be priced nearer to £25,000. Inflation has likely killed that ambition… 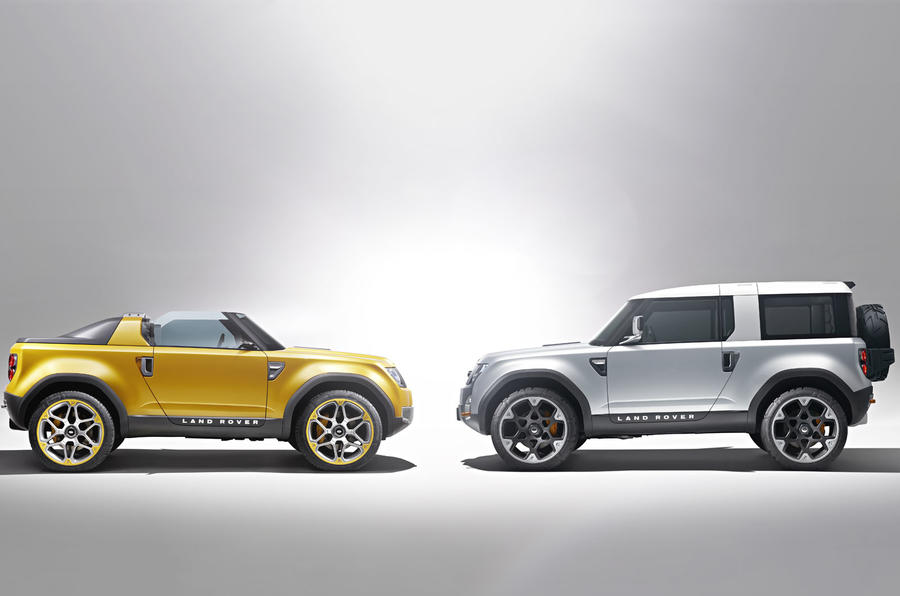 Today, though, Land Rover design director Gerry McGovern tells a more open story about the concepts. “There had been proposals for a new Defender since the late ’90s, but with DC100, it got serious. Now we wanted to do it. But the truth is that the main purpose of those cars was to demonstrate an intent to replace Defender.

"It would be an exaggeration to say the styling was an effort to fool you – but we didn’t create it to give the game away as to what we had planned, just so it could be copied.

“The truth is there is nothing about that car you see today that is an evolution of DC100. We always knew that what we created would need to have a more authentic core. In fact, 95% of the sentiment feedback was positive – but DC100 wasn’t right because the traditionalists hated it, and it was useful only to confirm to me and the team that point, and to get the rest of the company thinking that way.

“My team wanted something with a clarity of purpose, and the traditional Defender owners sent that message back to the business loud and clear. We created another concept, LR1, in 2016, but kept it to ourselves this time. That was the moment this project crystallised.

"A sloping roof or a rising belt line is great for a car like the Evoque, but the Defender is different. It needed to be designed to be a Defender, nothing else.”

Nothing that is an evolution of the DC100?

That's odd... apart from a more upright nose, the new Defender 90 looks an awful lot like a productionised version of the hardtop DC100 to me!

RCT V 10 September 2019
One can not help but think that this new Defender, has just “called-time” on the increasingly anonymous, irrelevant, “Series 5” Discovery . . . expect very generous discounts on the “Series 5” Discovery, at a Dealer near you, very soon!!   .